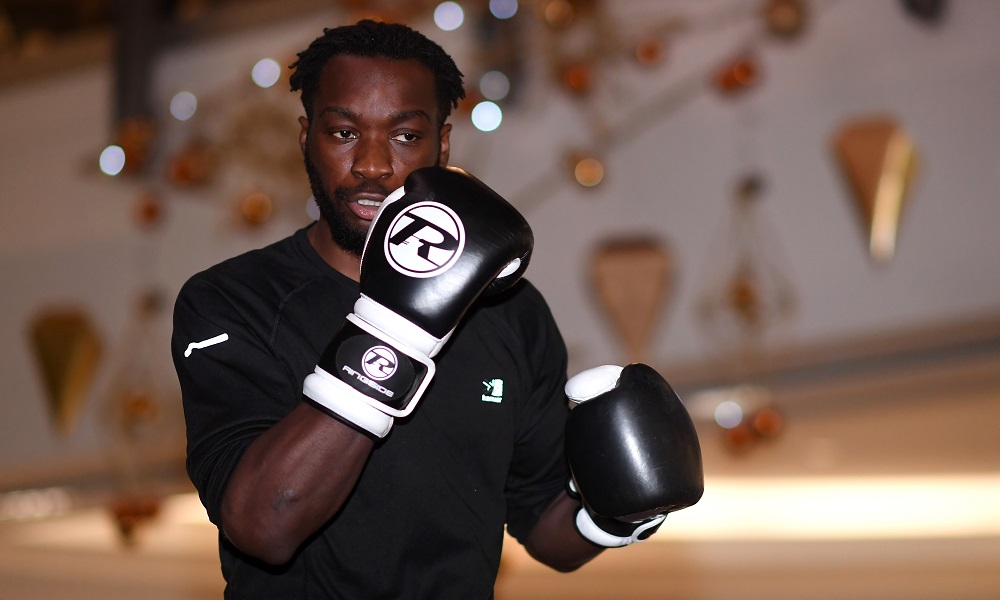 Denzel Bentley exclusive: I was at the top, now I want to get back there

The lockdown period played havoc with British boxing but one man has managed to cram more into the past year than anybody else.

When the doors closed behind him, Denzel Bentley was a promising, explosive presence on undercards. Over the course of four fights and nine months he would establish himself as one of the major players on the British middleweight scene, winning the British title before losing it to Felix Cash.

Bentley (14-1-1, 12 KO’s) learned lots about the business during the strange sterile year. He already had guts, power, ambition and raw ability, the only thing he was lacking was experience. The doors are back open and the fans at the Copper Box Arena this weekend will see a battle hardened, mature fighter when he takes on Andrew Robinson. In boxing terms, Bentley grew up over the past year. For all the latest fight odds, visit our sportsbook.

“You know what? I’ve realised that as quick as you can get something, it can be taken away just as quick,” Bentley told 32Red. “That’s one thing that comes to my mind when I think about the past year. I went from Mick Hall to Mark Heffron to Heffron again to the British title and then, boom, I lost it [against Cash]. I’m not completely back to where I was before lockdown but I am sort of back to where I was before lockdown if that makes sense.

“In my mind I’m thinking, ‘Damn, I’ve got nothing again.’ There’s no titles on the line and I’m fighting Andrew Robinson who was a guy we were looking at before Mark Heffron. Sometimes you’ve gotta take a step back to go forwards though.

“I’ve gotta appreciate everything that happened. I was busy, I had big fights and I headlined twice so I can’t really complain but I was at the top and now I want to get back there and stay there.”

Having clambered quickly up the mountain, Bentley is in no mood to return to base camp. These days lots of fighters ration the big fights and pick and choose their way through the divisions, Bentley doesn’t have that mindset. He may feel like he “has nothing” but what he has done is establish himself and build his name. If he beats Robinson this weekend, he will once again be back in the mix for the biggest fights on the British middleweight scene.

“Finally man. It feels like it’s been a long time coming,” he said.

“To be honest – because of the result of the last fight – I wanted to get right back out. I wanted to be out literally the next couple of months. It didn’t work out like that so I’ve taken my time and I’m on this weekend.

“When I would speak to you before I used to talk about not wanting to hang about. Look at Josh Taylor, he has big fights all the time and he’s excelling. I know he has more experience than me and he is who he is but those are the types of fights I want to be in too. That’s the type of credit I want. I want to be the guy who took big fights and came out on top.

“Robinson’s a good fight. To be honest, I was willing to go out to Russia to fight one of the Russians when I couldn’t get a date over here. That’s how itching I was to get back out.”

In April, the fight with Cash grabbed the attention of the boxing public. With unbeaten records and major titles on the line, the Queensbury-Matchroom promotional rivalry added an extra dimension. For a fighter who first traded punches on his Battersea estate using a pair of market stall boxing gloves, there was a lot to deal with and that’s without taking Cash’s undoubted ability into question.

Given how quickly he moved last year it’s easy to forget just how early into his career Bentley is. Picking through a defeat for positives isn’t a nice task but if Bentley can learn from what happened, future opponents will have far more to worry about than raw power and natural ability.

“There’s a few things I can learn. I thought I did everything wrong in that fight from the jump. In the opening round I got caught with a hook and it kind of threw me off. I wasn’t in panic mode because I don’t panic but I wasn’t settled. I needed to settle down and hold my feet a bit but I was bouncing around and trying to box and move. he was relaxed and saw what I was doing and was able to land. I also felt like he was a lot bigger than me and stronger. I guess he hydrated better than I did. There were a few things I thought, ‘Okay, right. I’ve gotta improve on that.’”

None of the problems Bentley describes are mechanical. So severe was the pressure Cash applied and so disappointing was the result, the lessons seared into him that night will probably never leave him. Muscles have memory and the next time he finds himself in that kind of situation, Bentley’s new found knowledge might just kick in automatically.

“It’s all experience,” he said. “He’s been through trial and error. I haven’t. I’m just thinking that I’m technically better than you and there’s nothing you can do about it. He’s thinking, ‘Okay, cool. I’ve seen this before, I’ve got my gameplan and I know how to handle tricky guys.’ It’s just trial and error really.

“People talk about experience but the way I was thinking, the guys I spar in the gym are top, top level so I don’t need experience. Those are the kinds of things you do need experience for. How to react when this happens or that happens and reminding yourself not to panic. These are the little things. I’ve gained that now. Hopefully I’ve learned from it and I’ll know how to react.”