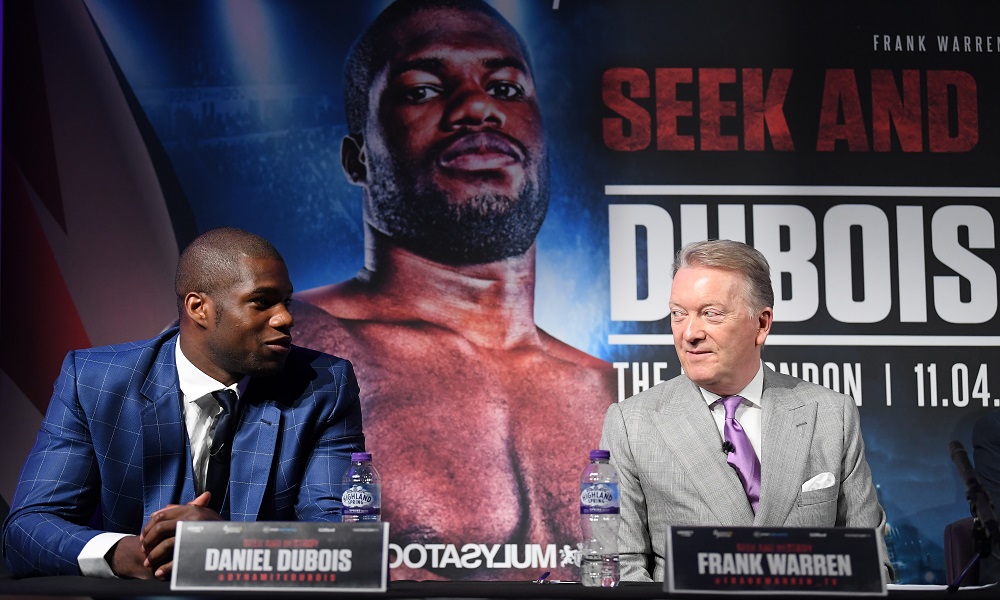 At around 10pm this Saturday night, as Daniel Dubois and Bogdan Dinu answer the opening bell and begin to edge towards each other, there will be a collective intake of breath inside the Telford International Centre. For all the latest fight odds, visit our sportsbook.

Any heavyweight fight carries a different feeling of anticipation but this weekend’s event carries an extra sense of jeopardy. How will Dubois react the first time Dinu lands a meaningful shot on the eye that Joe Joyce damaged so badly last November?

“It’s a big moment for Daniel. He’s coming back and obviously his last fight ended the way it did and he’s coming back with a lot of pressure on him,” said show prompter Frank Warren who can be forgiven for feeling more nervous than most. “Some people say he should have carried on, others say he did the right thing – in my opinion he did – but everybody has their own view. He does have a lot of pressure to prove himself again.”

Last November the highly anticipated clash between Dubois and Joyce came to a sudden and dramatic end. After battling the pain of a fractured eye socket for seven rounds, Dubois eventually sank to a knee and accepted defeat. 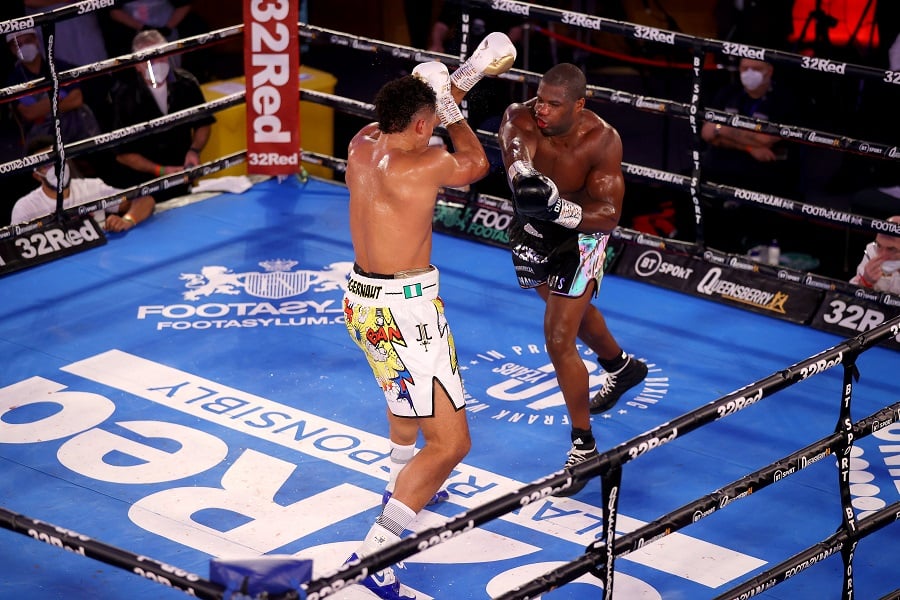 Every fighter – almost every fighter – must return from defeat at some point in their career but not every boxer comes back with the physical scars Dubois picked up and the mental scar of being labelled a quitter. The 32Red ambassador is undoubtedly one of the most physically gifted young heavyweights on the planet but now he will need to convince the doubters that he is also mentally tough enough to reach the top.

“Look, it was a shock last time out and funnily enough I was watching a video of the fight Errol Spence had with Kell Brook,” Warren said. “That fight ended in exactly the same way when he took the knee. Even this last weekend you saw Kevin de Bruyne get a similar injury. Look, it is what it is and I thought he was brave in carrying on the way he did for as long as he did but that’s all in the past and now is the time for him to produce.

“I do believe in Daniel. We’ll see what happens but I genuinely think that he’ll come through.”

Luckily, Dubois stays away from social media and although it is impossible to avoid seeing and hearing all of the criticism, he has been able to keep his focus squarely on the mission of becoming heavyweight champion of the world. With his new trainer, Shane McGuigan, rebuilding his confidence and tweaking his style, Dubois’s preparation couldn’t have been better and with the interim version of the WBA title on the line, a win can catapult him right back into the mix. 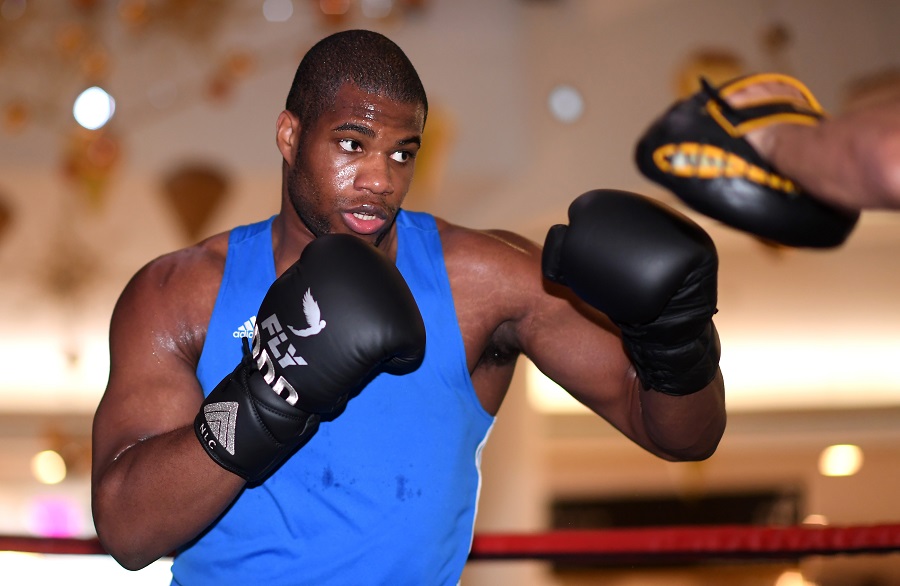 “From our point of view, we’ve had great reports on how he’s been doing,” Warren said. “He’s actually knocked a few over in sparring and we all know he’s a powerful, powerful kid. He’s been training hard for a long time now, he’s been at it for three or four months and he’s a fit enough kid anyway. He’s so, so strong.

“Where we’re at now, this is a big moment for him. He’s got a decent opponent in front of him and the fight is for a good title which can open a lot of doors for him if he comes through it well. It’s all in front of him.

Sunny Edwards exclusive: You’ve gotta back up what you say!
Daniel Dubois exclusive: it’s time to fix up the mistakes I made