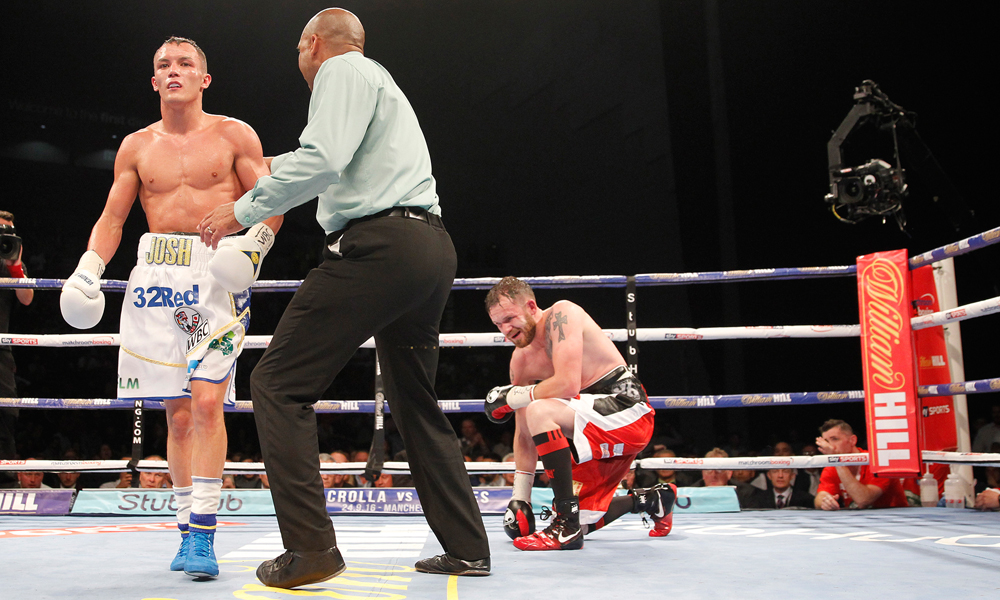 Josh Warrington : ‘Buzzing’ Bellew will be first to stop Flores

Josh thinks London 2012 Gold Medallist Luke Campbell is in for another hard night, but in the main event, the crowd and Tony’s power will be too much for challenger Flores…

It was a great card up in Glasgow last Friday and hopefully you all enjoyed it as much as I did. Firstly, I’d like to congratulate Ricky on successfully defending his title, but once again the judge’s scorecards are the main talking point instead of the fight itself. Ricky Burns had said in the build-up that he was in for a tough night and he certainly wasn’t wrong… the main event turned into an unexpected cracker! Nobody knew much about Relikh going into the show and while Burns arguably deserved the points decision, the scorecards were definitely too wide given the performance that the challenger put in.

This Friday’s Liverpool card looks a great night too. Tony Bellew will still be buzzing after winning the WBC world cruiserweight title in May, and should have enough against BJ Flores. Tony’s a proud man and has worked hard to get where he is, so he’ll want to keep hold of that belt. Flores is no spring chicken and I think, with the crowd behind Tony, then it’ll be a stoppage between the seventh and ninth rounds. Flores hasn’t ever been stopped, there’s a lot at stake and he’ll try to take it to Bellew, but Tony is a big hitter and uses his power very well.

Luke Campbell could be in for a very hard night against Derry Matthews. Derry is very experienced and, apart from his win over Gary Sykes, Luke hasn’t looked comfortable in recent fights. Derry knows how to get up for a fight and exploit people so it could be difficult. I see Luke winning on points but I don’t think it will be an easy job for him and there could be a couple of knockdowns along the way.

Entertainment-wise, Ryan Burnett defending his British bantamweight title against local man Ryan Farrag could be the pick of the Liverpool show. I’ve seen a lot of Farrag, and I’ve actually sparred with Burnett. I’m a couple of division heavier than Burnett but he’s very technical and disciplined, has good movement and is quick. Although I’ve never sparred Farrag, that’s probably the same for him too. I’m finding it hard to call this one. They’re both very good and it could all come down to who’s the fittest.

Do you think Josh has called the Liverpool show right? You can view the market for all the big fights at 32Red Sport