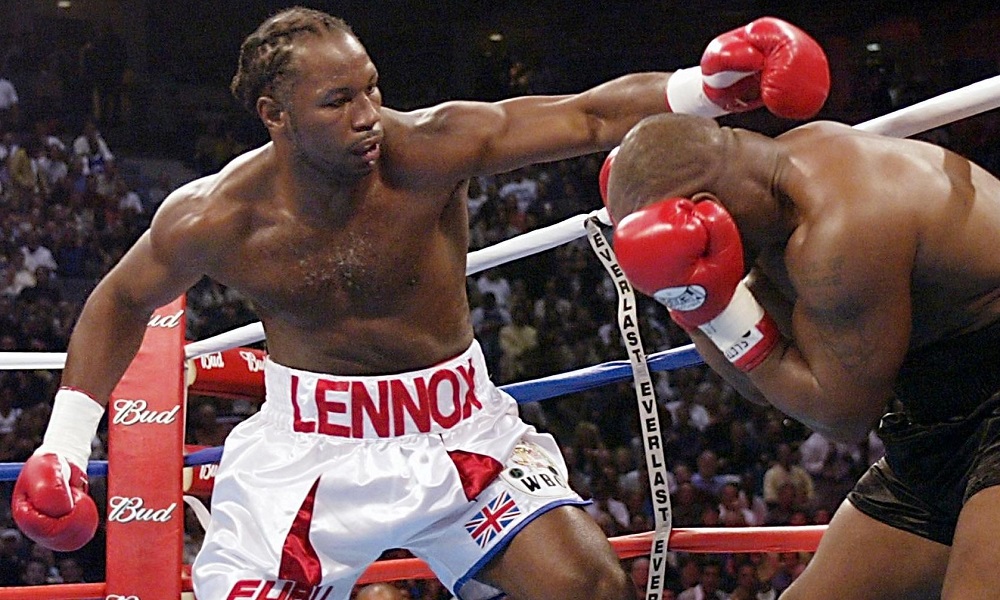 Young British heavyweight Daniel Dubois is set to take on his toughest opponent yet when he faces Richard Lartey at Wembley’s SSE Arena at the end of April. After Lartey, there’s also talk of a potential title fight with another fine British fighter, the unbeaten Joe Joyce.

It may be too early to tell if Dubois is set to become one of the all-time greats – but with nine wins from nine fights, the 21-year-old Londoner certainly looks to be going places.

But who are the greatest British heavyweights of all time? Here’s our top 10.

This list is in no particular order – but if it were, Lennox would surely be No. 1. Born in West Ham, relocating to Canada as a youngster, Lewis was a gifted all-round athlete who decided to return to the UK to pursue a career as a professional boxer.

It took a little time for British fans to warm to the fighter. But after facing unremarkable opposition in the early days of his career, Lewis would go on to beat the likes of Oliver McCall, Evander Holyfield and Mike Tyson, before closing his career with a (somewhat debatable) win against Vitali Klitschko.

No matter, though; with 41 wins from 44 bouts, Lewis has attracted a stack of accolades, with Boxing News magazine calling him the second best British fighter of all time. 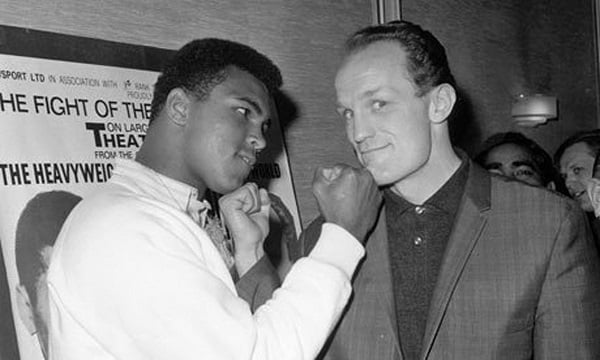 “Splash it all over!” These days, if our ‘Enry comes up in conversation it tends to be for the dodgy aftershave adverts he did in the seventies. But there was a time when Henry Cooper was a bona fide British favourite, gamely taking on Muhammad Ali twice – once when ‘the greatest’ was still known as Cassius Clay.

On that occasion, Cooper put the brash young American on the canvas with his famed left hook – but saved by the bell, Ali would regather his energies to get the better of the British fighter. In fact, Cooper lost both his bouts against Ali, but the Londoner was no soft touch, racking up 40 wins over the course of a  17-year-career.

His popularity with the British public was huge too, winning the Sports Personality of the Year Award twice and being awarded a knighthood in 2000. When Cooper died in 2011, the journalist John Rawlings called him a good boxer but an outstanding man, which is a pretty fine tribute.

Born in the late 19th century in East London, in 1911 the Bombardier became the first British heavyweight to land the Lonsdale Belt when he KO’d Yorkshireman William Hague in the sixth round.

Wells would defend his title 14 times, and also found time to write a couple of books about the sweet science – one of which had the catchy title Physical energy: Showing how physical and mental energy may be developed by means of the practice of boxing. But not content with proving himself in both sporting and literary spheres, Wells also used to pop up at the start of J Arthur Rank films – he was the big, bare-chested fella who struck a gong before the credits started.

Born in Doncaster in 1921, Woodcock was a British and European heavyweight champion who enjoyed 35 wins from 39 fights during the 40s and early 50s.

Although he never won a world title, respected boxing publication The Ring once ranked him as the third greatest boxer in the world. And Woodcock certainly suffered for his art, on one occasion soldiering on in a fight with what turned out to be a broken jaw; he also suffered a detached retina. Not that it would stop him from competing.

Tough times in the ring were nothing out of the ordinary for Bruce. As a 12-year-old boy, he had kept a diary of his training regime, noting that he had boxed ‘a man’ who ‘made my nose bleed’ and ‘broke my two front teeth’. Hardest game in the world, son… 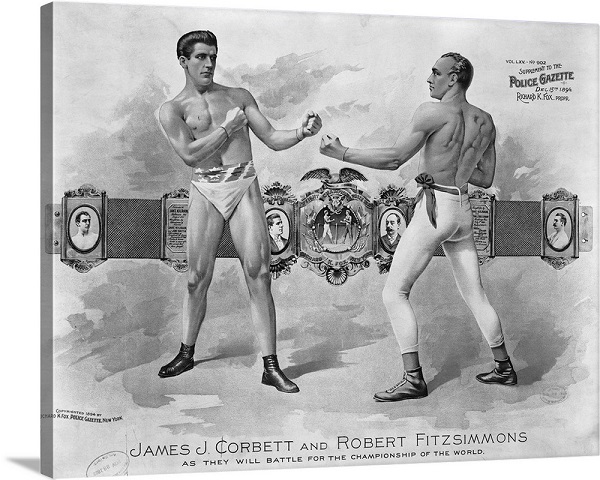 Otherwise known as ‘the Freckled Wonder”, Bob was born in 1863 in Cornwall, though at the age of 10 he moved with his family to New Zealand, where he eventually became a blacksmith – a job that proved useful to his boxing career not just because it helped him develop muscles in his arms and shoulders, but also because from time to time he was called upon to deal with difficult customers.

After fighting as an amateur in New Zealand, in the early 1880s Bob launched his professional career in Australia, eventually earning a reputation for a ferociously powerful punch. In the 1890s Bob would move on again, this time to America – where he would win middleweight and then heavyweight titles, his so-called ‘solar plexus’ punch giving him the edge over famed opponents like Jim Corbett.

Unbelievable as it sounds, Fitzsimmons also fought in a bout against Tom Sharkey in 1896 – refereed by legend of the wild west Wyatt Earp. Earp is best known as a gunslinger who took part in the famous showdown at the OK Corral – but when it came to boxing, Earp was pretty slow on the draw, giving the fight to Sharkey in what was seen as a hugely contentious decision by the crowd. Fitzsimmons had reportedly dominated, and there was talk that Earp had been bribed to call the fight in his friend Sharkey’s favour…

Tyson Fury may be a divisive figure, but there’s no arguing with the man’s accomplishments. The Gypsy King has 27 wins from 28 fights, while his most recent outing against Deontay Wilder ended in a draw that many would argue should have gone in Tyson’s favour.

Tyson’s most famous victory came against Wladimir Klitschko in 2015, ending the nine-year reign of the Ukrainian to become the world heavyweight champion. But after taking a break from the sport with some well documented issues, the 30-year-old is back on track now – his next fight will take place in Vegas in June, where Fury will be taking on Germany’s Tom Schwarz.

After that, there’s talk of a rematch between Fury and Wilder. Now there’s a fight we’d love to see happen.

In some circles, Frank might have been thought of as a genial sort who lacked the killer instinct – but let’s not forget, Bruno did become a world champion when he beat Oliver McCall. Frank’s record of 40 wins in 45 fights is ample proof that this was not a man to be trifled with. And his willingness to take on the always fearsome Mike Tyson (twice) spoke to Bruno’s big heart.

Despite a few troubles in the years since he retired, Bruno remains a hugely popular figure with the British public. 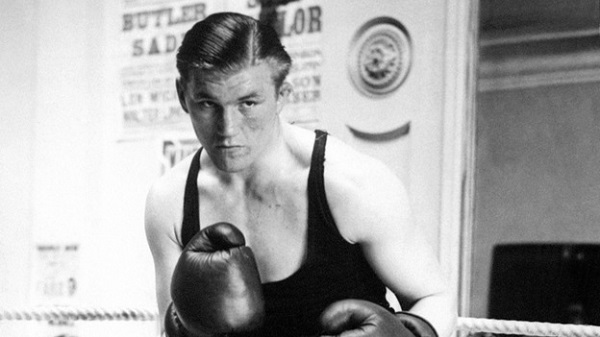 From a total of 137 fights, Farr won 84, but the so-called ‘Tonypandy Terror’ is remembered chiefly for his gutsy performance against Joe Lewis – few expected the Welshman to put up much of a fight against the American.

Born in 1913, Welshman Farr became the British heavyweight champion in 1937, the same year that he fought the fearsome Louis for the world title. Farr lasted all 15 rounds, but Louis won on points – a decision booed by some of the 50,000 strong New York crowd.

Perhaps Louis’ inability to finish his opponent off early was because he had been rattled by Farr’s tall tales – when the two met before the fight, Joe asked his opponent about the distinctive scars on Farr’s back. They’d actually been inflicted by Farr’s time working as a coal miner – but rather than admit that, the Welshman claimed that, as a younger man, he’d wrestled tigers in the circus….

Perhaps Haye’s reputation has been hurt by the latter years of his career, defeats and flimsy excuses detracting from his achievements. Famously, Haye suggested his loss to Wladimir Klitschko came about because of a sore toe.

Still, the Hayemaker did realise his dream of winning a WBA heavyweight world title in 2009 after outboxing the hulking Nikolai Valuev. With 28 wins from 32 fights, Haye was a formidable fighter in his prime.

The man known as AJ by his legions of support has been criticised by some for failing to take on the most dangerous challengers, but Joshua showed his undeniable ability in 2017, when the Watford-born fighter bested Wladimir Klitschko to become unified heavyweight champion.

With 22 wins from 22 fights, Joshua has knocked out all but one of his opponents. His next fight will be against Jarrell ‘Big Baby’ Miller, at New York’s Madison Square Garden in June.  After that, who knows – perhaps AJ and the Gypsy King can finally meet up in the ring…

Zelfa Barrett diary exclusive: Sam’s got the hype now and beating him would just prove that I really am what people thought I was.
Lomachenko v Crolla: Carl Frampton’s prediction