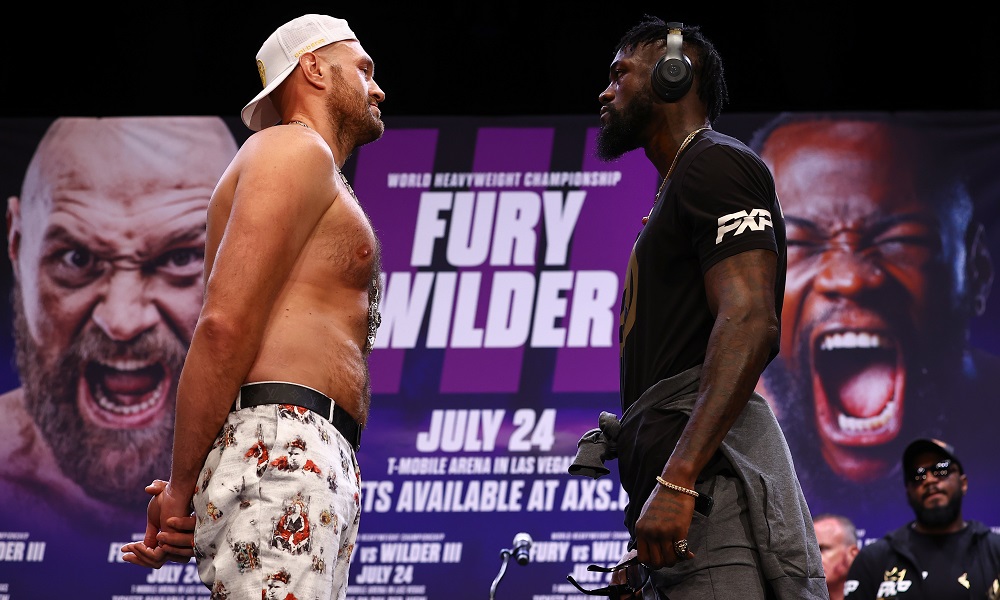 Tyson Fury vs Deontay Wilder: insiders give us their predictions for the big fight

Two fights, 19 rounds, four knockdowns and countless soundbites, the rivalry between Tyson Fury and Deontay Wilder has dominated the heavyweight landscape for almost three years. This weekend, the two most colourful fighters in boxing’s blue riband division meet for the third – and what may prove to be final – time. For all the latest fight odds, visit our sportsbook.

Wilder was milliseconds away from victory after flooring Fury heavily in the pair’s first clash back in December 2018 whilst ‘The Gypsy King’ dominated the rematch, stopping Wilder in seven rounds. Since then excuses, insults and predictions have flown thick and fast across the Atlantic.

Will Fury rubber-stamp his position as the world’s number one heavyweight or will Wilder produce one of boxing’s most remarkable turnarounds, reclaim his WBC title and even the series at one each? We’re about to find out.

32Red decided to ask some of British boxing’s most well respected figures how they see this weekend’s fight going.

I don’t think Fury is going to go at full steam like last time. I think he’s gonna work him for a few rounds and then after five, he’ll press him then. I predict Fury by stoppage between six and nine. It’d be weird if Wilder didn’t come out bombing at some point wouldn’t it but I think he’ll try and box at first. Fury will embarrass him and then he’ll revert back to bombing and gas. Fury will press him then after the mid rounds.

I think it’s potentially gonna go the second way of the second fight. Even with Deontay Wilder having a new trainer, I don’t think he’ll have that much of an impact where he can completely transform his game. Yes, from the start of the fight it might look like things have changed but when it gets to the mid rounds I think he’ll revert to his old self. I think Fury’s gonna come out, put a bit of pressure on and make it a bit awkward for him and keep him guessing. Wilder will try to box him but get suckered into trying to blast him. I fancy Fury to stop him in the sixth, seventh or eighth. 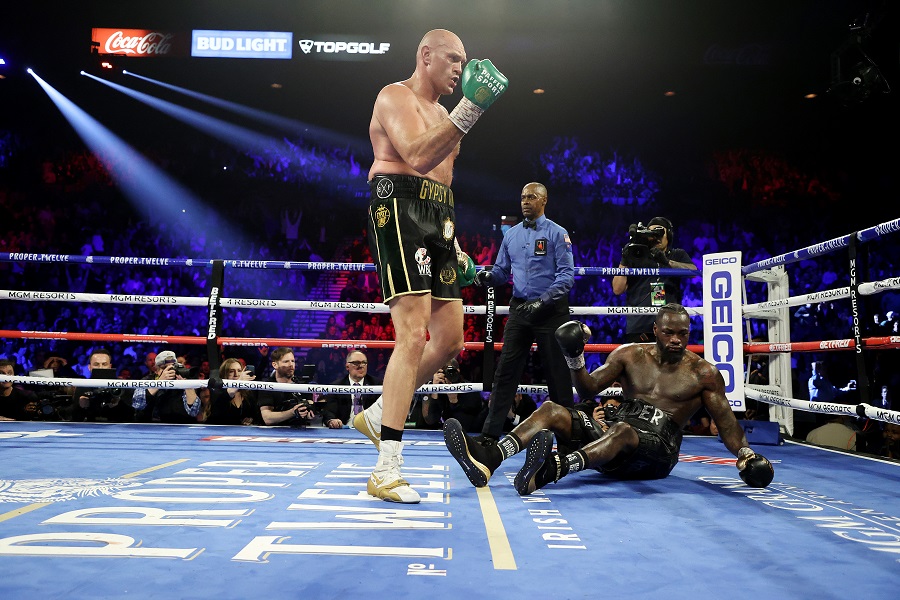 I’m gonna go with Tyson Fury. I think that’s the smart money, especially if you’re gonna judge the last two fights but I won’t be surprised if Wilder does something that nobody expects. I think he really wants to hurt Fury. In a fight that can be a deciding factor. Does he goes in there too emotional and try too hard or does he go in and set things up like it looks he’s been doing in his videos and land that one punch that he needs to? I’m gonna go with Fury on points. I don’t think Wilder gets stopped this time. I think he puts in the work to last the distance.

I’d been worried after hearing Eddie Hearn talk about Tyson not being prepared but I saw an interview he did with Steve Bunce where he looked really trim and healthy. His eyes looked clear and he looked good. A short training camp will be better for him. You don’t have to kill yourself for weeks. You only do that when it’s necessary.

Sugar Hill and Andy Lee have only just scratched the surface on getting him to sit down on that right hand. It’ll be twice as good this time. Wilder will be better prepared and always has that one shot power in his right hand. It’s not like he’s George Foreman though where he can take you out with any shot.

I’m backing Fury because I think he’ll have improved more. He’ll be a bit more like Tommy Hearns, gauging the distance with the jab and getting behind that right hand. I think he’ll knock him out.

I’m going with FURY. We all know he won the first fight even though he didn’t get the decision and he destroyed him in the second fight.

I have to go with that form. My worry is, is Fury as well prepared as last time because of the time he had to spend in hospital with his poorly baby and I definitely believe Wilder will be better prepared because he wants his belt back. I’m still fancying Fury.

I think after the second fight it’s hard to look past a Tyson Fury win. It’s no secret that Tyson hasn’t had the best preparation after everything that’s gone on in his personal life but he’s still in a better place than he was for the first fight. I see Tyson by stoppage again. I think he looks to put it straight back on Deontay Wilder and does something pretty similar, maybe a round or two longer.

I expect Tyson Fury to win on points but there will be lots of scary moments in the fight. I don’t think he’ll take him by surprise like in the last contest. The reports are that Wilder is doing very well in America and obviously Tyson hasn’t had the easiest of camps. Fury on points but don’t be surprised if it goes the other way because Wilder can’t half bang but let’s hope Tyson wins. 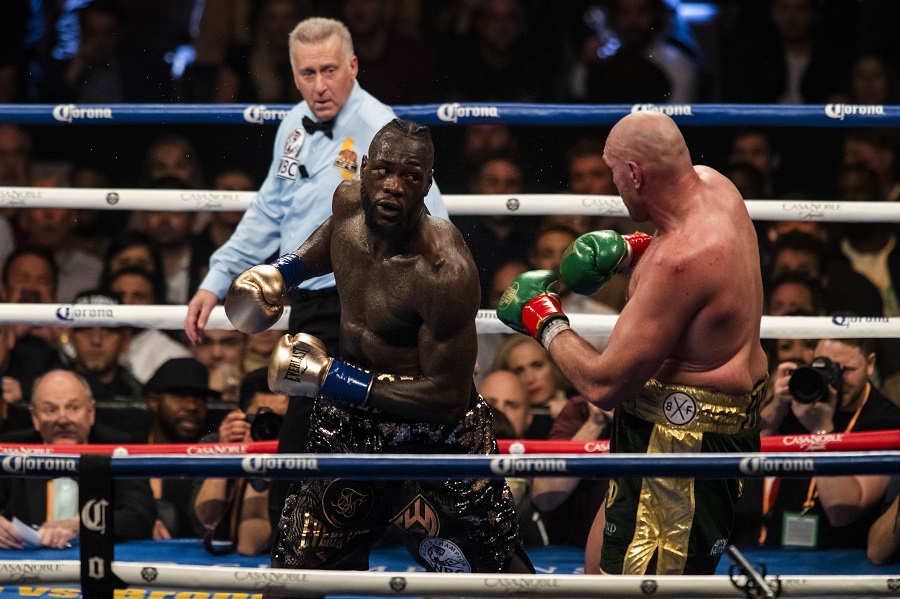 My prediction for Fury-Wilder 3 is the same as it was for Fury-Wilder 1 and 2. Unless Deontay Wilder nails Tyson Fury to the floor, he cannot win this fight. He can’t win it technically, he needs to hurt Tyson Fury and take him out of the fight. The fact that Fury has had 19 rounds to study him means that Wilder’s chances of doing that have diminished. I expect Tyson Fury to win this fight in the first half. Somewhere between round one and round six.

I believe that as long as Tyson Fury’s head is in the right space – and I know he has taken himself away from social media and cancelled people out of his gym – and that he’s fully focused he’ll win. Him and his trainer, Sugar Hill, will have come up with a gameplan and I think they’ll go to outbox him this time. I think they know that Wilder will be coming in focused to try and knock Tyson out so I believe they’ll box him on the outside and take it on points.

My prediction is for a Tyson Fury win. I think it’ll probably be a stoppage around round eight or nine. I don’t think it’s gonna be as easy as it was last time and I certainly wouldn’t be surprised if Wilder caught him with a big bomb again and put him over but you have to go with Tyson Fury for the win.

I don’t write off Wilder for one second but I think he could be mentally ruined. Not just from the belting he took in the last fight – and he seems to still be in denial about what happened – but also that twelfth round in Los Angeles. When Tyson went down we were reaching for the remotes to switch off when Jack Reiss reached four. You saw Wilder celebrating with his arms in the air and suddenly he sees Tyson get up. Mentally that affects you and if he’s still damaged by it I think Tyson can walk through him like he did last time. The talk from Wilder and Malik Scott has been convincing and if he goes in there with belief, I think Tyson could be in for a hellish night before he pulls through. And he will pull through. I’ve toyed with it both ways but I’m with Fury quite big.

Frank Warren looks ahead to Fury vs Wilder and more
Nathan Heaney exclusive: I can do this properly now