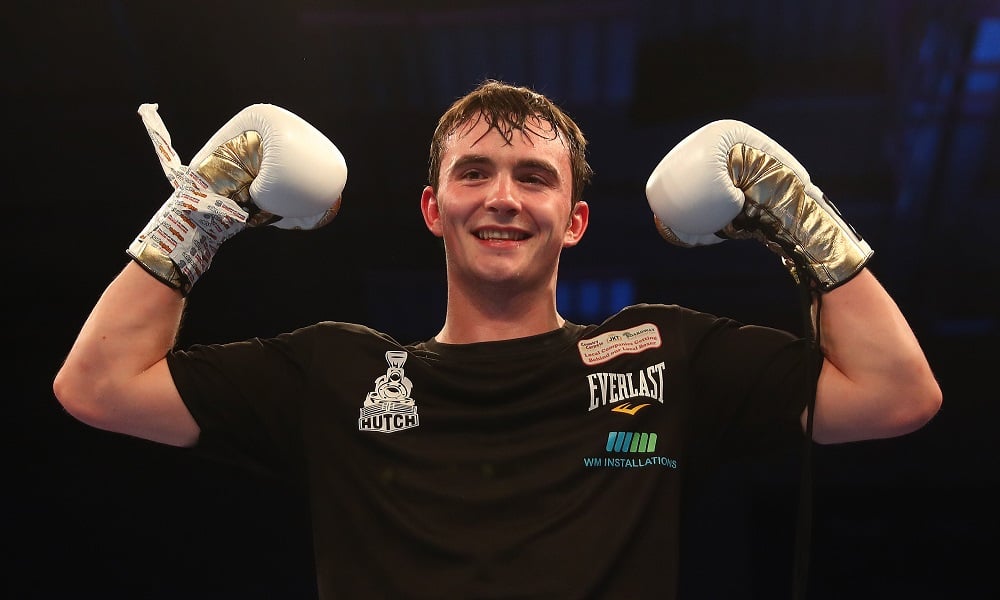 Over the past year it has been difficult for many boxers to really kick on and take their careers to a different level. Willy Hutchinson has had no such problem.

The way in which the 22 year old has breezed through his recent opposition has caused many observers to move him from the ‘Possible Champion’ column into the one marked ‘Probable.’

Hutchinson (13-0, 9 KO’s) seems destined to have a long successful career but boxing ability isn’t the super middleweight’s only quality.

“I think it’s the handsomeness [that is the major asset]. Truthfully, in this boxing game there aren’t many better looking than me are there?”

Every fighter needs a strong sense of self belief. When the bell rings, advice and motivational speeches will evaporate into thin air if the boxer doesn’t trust their ability enough to implement the plan. Not many British fighters carry themselves with Hutchinson’s level of self confidence though. 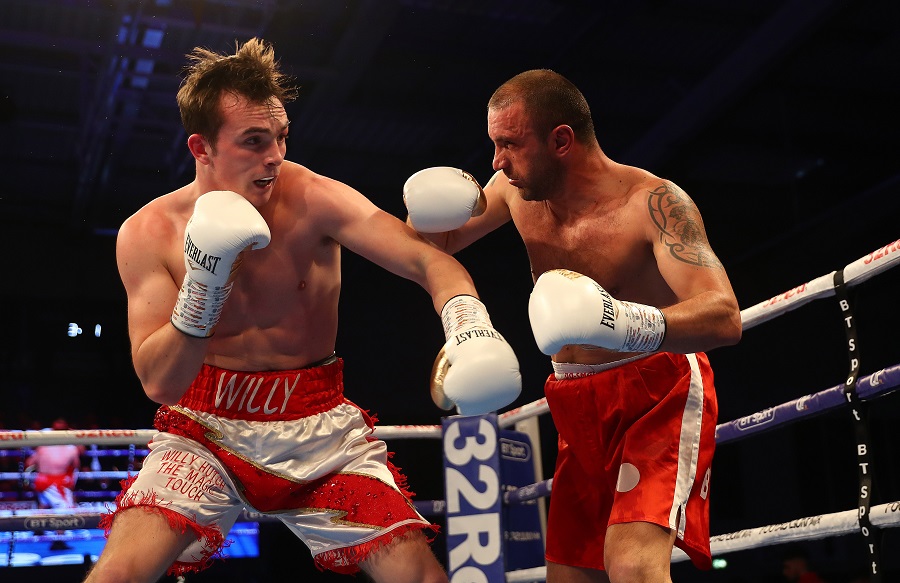 “I’m very fit, I’m in great shape and everything’s going good. I just can’t wait to fight. I am confident but confident in the right way. You have to be don’t you? If you aren’t confident in yourself, what have you got?

“I’ve always believed in myself. I’ve had great people with me who believe in me alongside me too.”

One of Scotland’s most successful ever amateurs, Hutchinson won world honours as a youth but over the past year, his star has really risen professionally. This weekend, he moves up to title level when he faces Birmingham’s Lennox Clarke for the British and Commonwealth super middleweight belts. For all the latest fight odds, visit our sportsbook.

He has gained the support of his promoter, Frank Warren, and boxing fans up and down the country are following his progress with growing interest. It’s safe to say Hutchinson has grabbed the opportunities he has been provided with during this coronavirus-affected era of boxing.

“We’ve had to haven’t we? We had to take the chance. When you get given these opportunities you have to take them. What are you in boxing for otherwise? It’s exciting isn’t it?” Hutchinson said.

“People are looking forward to seeing me again. This is my third fight in lockdown.

“Listen, it’ll be a good fight. He’s no bum this fella. The most important part of it all is that I win. it doesn’t matter what else happens. I just have to win. It’ll show on the night. I can’t disrespect him because he’s not a bad lad. I don’t know him personally but boxing-wise he’s not bad. It’s an opportunity I have to take with both hands.” 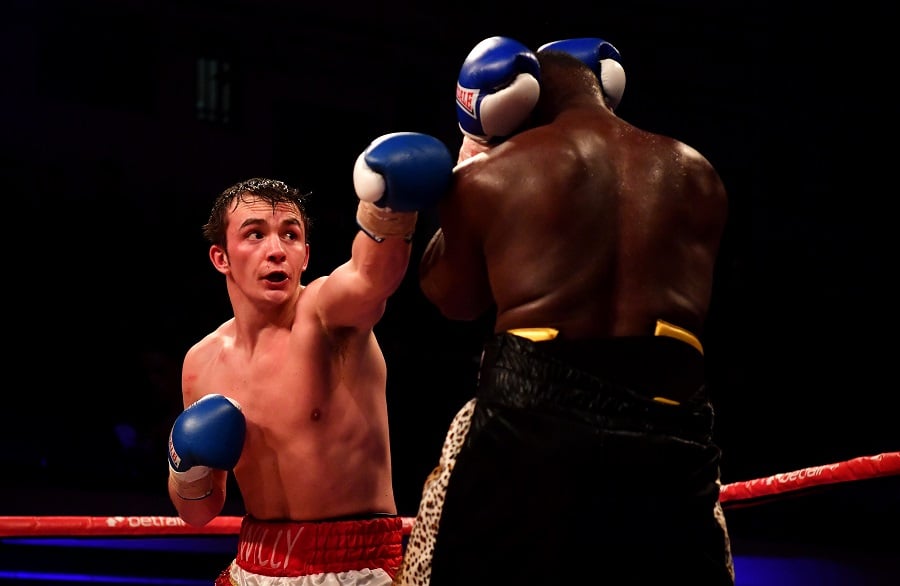 Hutchinson has spent the vast majority of his career fighting south of the border but can’t wait to give his Scottish fans a first hand look at just how far he has progressed. Josh Taylor seems likely to head some massive cards in Scotland in the not too distant future and Hutchinson is ideally placed to feature prominently on them.

He is part of the feisty, thriving Ingle Gym where he loves spending time with like-minded gym mates Liam Williams and Kid Galahad, and as well as being promoted by Warren he is managed by Shelly Finkel who has guided the careers of Mike Tyson, Manny Pacquiao and Evander Holyfield amongst others.

The pieces are all there, all that is left is for Hutchinson to fit them together.

“There are a lot more people watching and it’ll all come eventually. When Josh fights it’ll be good to get on a big massive show of his in Scotland. If I can get on there then believe me, I have plenty of people who’ll come watching me,” he said.

“Listen, my manager and everybody around me has seen this a hundred times but for me it’s all brand new. I’m a child in this. I have to take this in my stride and I have it all to come. I couldn’t have better people and its down to me if I listen or not.

“I’m like a diamond in the sand. I just need a bit of sharpening up after every fight and we’ll get there.”

David Adeleye exclusive: I joined this game to go down in history
Callum Johnson exclusive: I’m there to try and knock the other guy out