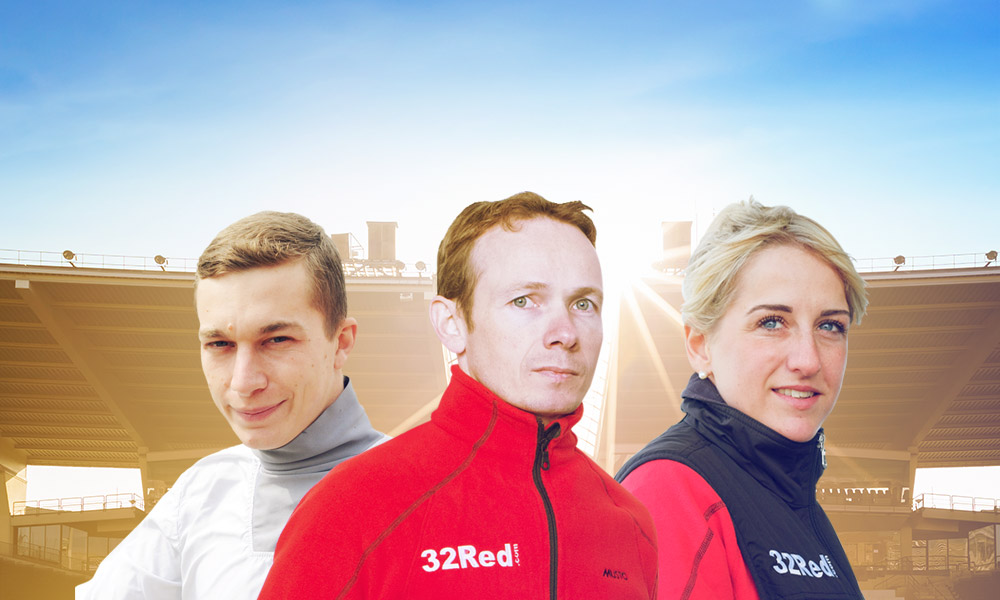 With the Derby to look forward to on Saturday (from Epsom at 4.30), here’s our trio of top jockeys Josephine Gordon, Luke Morris, and Jamie Spencer with their verdict on the race. For the latest betting, visit 32Red.com/sport.

Josephine Gordon:  I think he may have the class to overcome

Cracksman gets my vote in what is clearly a wide-open Derby. He overcame trouble in running to beat an enterprisingly-ridden Permian in the Derby Trial over 1m2f here in April and I think the step up in trip will suit him on what we saw that day. Missing the Dante on account of the soft ground was not ideal and he does lack experience, but I think he may have the class to overcome it.  I rode Dubai Thunder in his work before he made his debut at Newbury – I rode one of Hugo’s in that race – and I knew he was a nice horse, but the manner of his win there took me by surprise. It is obviously a massive step up in class for him, and a draw in one probably doesn’t make life easy for Adam, but I don’t think he will be at all disgraced. Saeed also has two other credible contenders in Lingfield winner Best Solution and Benbatl, and the latter is just my pick of that pair. He shaped really well when second to Permian in the Dante, and it is interesting that he is being tried in a hood and a tongue tie for the first time. They don’t need to make much of a difference for him to be bang there at the finish.

Luke Morris: Best Solution offers a bit of value in the Derby at a double-figure price

Best Solution offers a bit of value in the Derby at a double-figure price. I don’t think he will have any trouble with the trip or track after winning the Lingfield Derby Trial under a 5lb penalty last time, and he is the joint highest-rated horse in the race on 113 alongside Permian on that run. He has as good a chance as any.  Cliffs Of Moher was fairly impressive in the Dee Stakes and he looks another guaranteed stayer to me judged on that Chester win.  He may lack experience, and the form of some others, but he is open to a lot of improvement and I think he is Aidan’s number one. Cracksman should have learned a lot from his win the Derby Trial here in April, the form of which has obviously worked out well, and I think he has a solid each-way chance. Again, his lack of experience does concern me a bit, having bypassed the Dante because of the soft ground, but he shapes to me as this the extra 2f will see him progress and be competitive in one of the more open Derbys of recent years.

Jamie Spencer: Speed is an under-rated asset in this race

Eminent is my idea of the most likely Derby winner. I don’t think any of these has shown the pace he did when winning the Craven, and speed is an under-rated asset in this race. And the Craven defeat of Rivet and Benbatl has been franked by the placed horses since. He was not suited by the slow early pace in the Guineas last time and, while by no means certain to stay, I think he has been doing very well to do what he has been doing over an inadequate trip so far. Cracksman’s chance is pretty obvious. His Derby Trial win here in April reads very well now and I think he is the horse who could have the most improvement in him. The rumour is that no-one in the stable can split any of Aidan’s six at home – and by that I mean there is no stand-out among them, going into the race at least – so I think Douglas Macarthur is probably overpriced each-way at 25/1. He beat Yucatan and Capri in the Derrinstown last time, and he has been largely overlooked. He could surprise.

Luke Morris: She is a small, nippy filly and I can see 7f around Musselburgh proving to be her bag
Adrian Heskin joins 32Red Ambassadors’ Stable