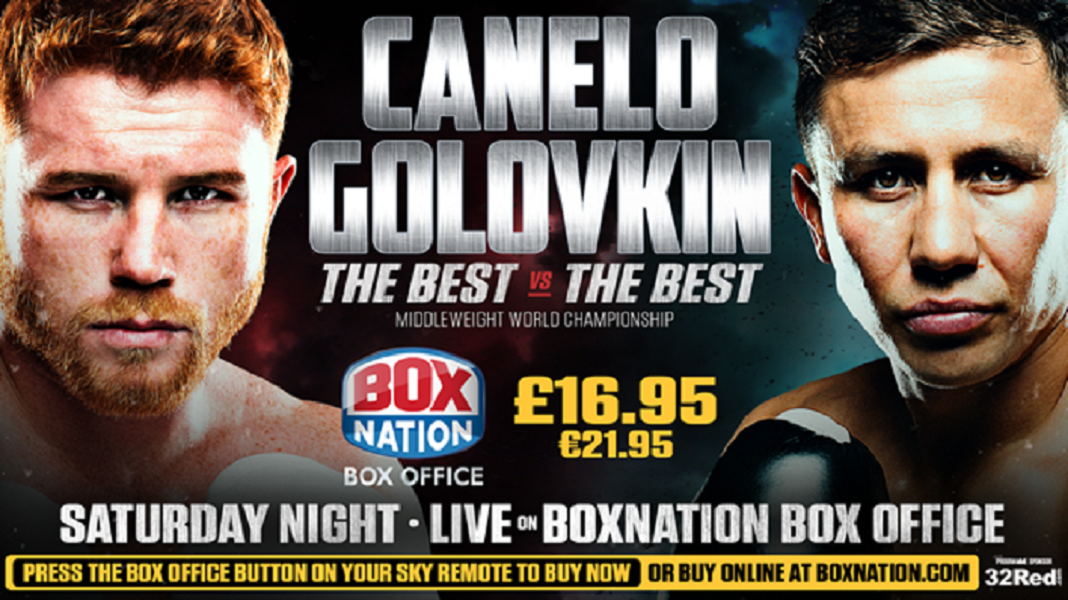 32Red, part of the Kindred Group, are delighted to announce an exclusive deal to sponsor BoxNation’s coverage of the most eagerly-anticipated fight in generations between two-division World Champion Canelo Alvarez and IBF, WBA and WBC Middleweight World Champion Gennady “GGG” Golovkin.

The pair are set for a colossal clash on September 16th at the T-Mobile Arena in Las Vegas, in a fight that has fans across the World captivated. Earlier this week, the Channel of Champions announced details of how UK boxing fans can watch the biggest fight in boxing.

BoxNation’s current paying subscribers, and any new customers that wish to subscribe instead of buying it via BOX OFFICE, will get the fight as part of their monthly subscription.

Fight fans will be able to purchase the colossal collision exclusively on BoxNation Box Office from just £16.95.

The only way to buy Canelo v Golovkin on Sky is via the Sky remote control and will be available to purchase from Saturday 9th September.

Virgin Media customers can order the event too via their remote control from Monday 11th September.

If you are not a Sky or Virgin Media customer you can buy this fight as part of a monthly subscription to the channel through boxnation.com.

Gerry Murray, Director of Brand & Acquisition, 32Red PLC, commented: “Canelo v Golovkin is the fight real fans have all been waiting for and we’re delighted that 32Red are involved in bringing U.K. viewers such an exciting matchup alongside BoxNation. We’ve developed an excellent relationship with Frank Warren and his team in recent months and combined with the outstanding card from the Copper Box, headlined by Saunders v Monroe Jr, September 16th promises to be one of the great nights of boxing.”

Frank Warren, BoxNation Chairman, commented: “This is without doubt THE boxing event of 2017, and we are delighted to be working alongside our fantastic sponsor 32Red. This is a fight that will undoubtedly go down alongside the legendary middleweight fights of the past. It has been a brilliant start to our partnership with 32Red and I am looking forward to putting on more world class events with them.”