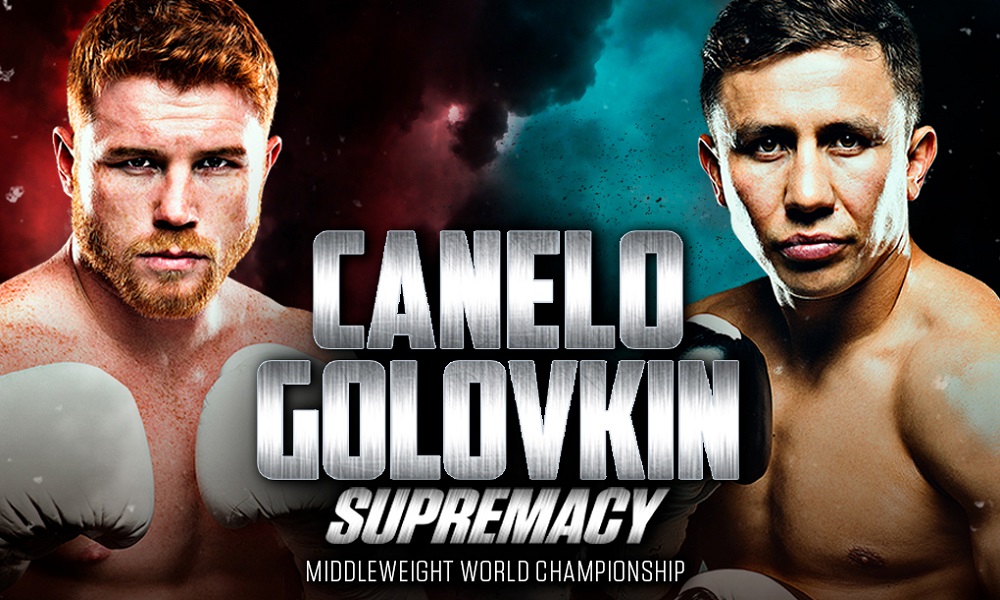 Ready for a super fight worth staying up for? This weekend, Canelo Alvarez and Gennady Golovkin face off at Las Vegas’ T-Mobile Arena for the Middleweight World Championship.

And while the hype for this bout may not quite have hit Mayweather v McGregor proportions, the quality is expected to be a whole lot higher. Whether you’re a huge boxing fan or you’re just looking to bring yourself up to speed with what’s set to be a bruising encounter, here’s the lowdown.

With the action coming from Las Vegas, another late night is in store for British viewers. Taking place on the 16th of September in the US, that translates to a start time of around 2am on the 17th of September for boxing fans watching in the UK; the main event is likely to start at around 4am.

Where can I see it?

The fight will be screened live by BoxNation (and sponsored, incidentally, by 32Red). If you’re already a subscriber, the fight will be part of your package; otherwise you’ll be able to pay a one-off fee of £16.95 to watch.

With 49 wins, 1 draw and 1 loss and 34 knockouts, the 5ft 9in Saul ‘Canelo’ Alvarez is a Mexican firecracker. Nicknamed Canelo – in Spanish, it means cinnamon, a common nickname for redheads – Alvarez’s sole loss came on points against Floyd Mayweather in 2013.

Perhaps that fight came too early in Alvarez’s career; since then, the Mexican has taken on the likes of British fighters Amir Khan and Liam Smith, knocking out both men; in his most recent encounter, against Julio Cesar Chavez in May, he won by unanimous decision, having been in control throughout the fight.

Nuthin’ but a GGG thang

The 5ft 10in Kazakhstani crusher has a record of 37 wins in 37 fights – with 33 of those coming by knockout. And it’s notable that across a total of 387 fights, as professional and amateur, Gennady Gennadyevich Golovkin (you can see why he goes by his initials) has never once been knocked down.

As a child growing up in Kazakhstan – then part of the Soviet Union – it seems that Golovkin had it tough. Perhaps everyone around him did; his brothers would order him to pick fights with strangers, telling him to go up and get into a brawl. “They were doing that from when I was in kindergarten,” the ever-genial Golovkin recalled in a 2013 interview.

The two men will be fighting for the WBC, IBF, WBO and WBA Super World titles.

Too close to call?

The 35-year-old Golovkin is unbeaten in his entire career, while earlier this year 27-year-old Alvarez was ranked as the best pound-for-pound boxer in the world by BoxRec. With some boxing fans wondering if Golovkin is past his best, following a somewhat laboured victory over Danny Jacobs, could Alvarez be the man to finally put the champion on the canvas?

Whatever the outcome, both men seem certain this match will live up to the hype. Canelo says viewers want ‘a war in the ring – and I think this fight guarantees that’.

‘In my mind, it’s the biggest fight of my career,’ he continues. ‘I have an obsession. And it is, on September 16th, leaving with my hand held high.’

Forget the trash-talking you may have seen in the lead up to other fights; the build-up to this one has seen each fighter talk in flattering tones about his opponent. Here’s Alvarez on what to expect from the encounter:

“Without a doubt, our fight on September 16 will be one of the great fights in the history of boxing. Golovkin will bring out the best in me.”

And here’s Triple G: “This is a fight boxing can be proud of. It’s boxing’s biggest fight, a fight for history. It is a real Mexican fight. Everyone will remember this fight. Canelo is number one in Mexico, a country known for great fighters. He is very special.”

Whoever wins this fight, his next opponent could very well be in action on Saturday night. In another 32Red sponsored event, Billy Joe Saunders fights Willie Monroe from London’s Copper Box on the 16th of September; if Saunders wins, we’d expect him to be next in line to fight either Golovkin or Alvarez.

You can watch the Saunders v Monroe fight on BT Sports and BoxNation on the Saturday night; hopefully it will prove the perfect prelude to an unmissable night of action from Vegas.

For the latest boxing markets, check out 32Red Sport here. If you’re up for a flutter on table games or slots, be sure to check out our award-winning casino too!