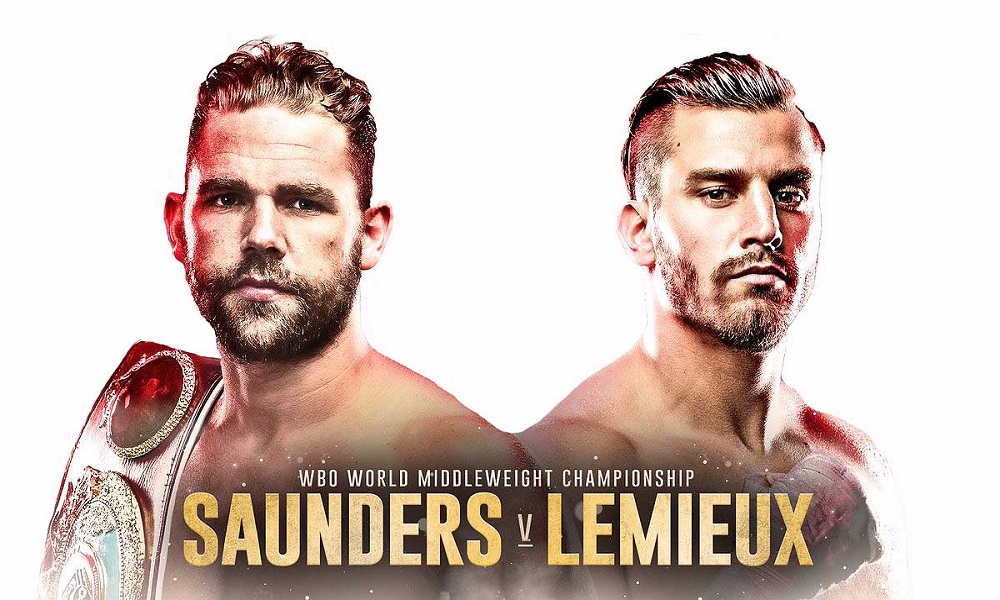 Billy Joe Saunders will step into the ring on Saturday night in Montreal to defend his WBO middleweight title against the hard hitting local hero David Lemieux. This will be his third defence since winning the belt from Andy Lee in 2015, but it will be the first time Hatfield’s Saunders has fought outside the UK as a professional.

Saunders hasn’t exactly chosen to ease himself into fighting in the away corner either, as he’ll be up against it in front of a partisan crowd and in a hostile environment at Place Bell. Not every country has a reputation for rowdy and raucous boxing crowds like the UK, but Canadians usually make it uncomfortable if you’re taking on one of their favourites.

Not that you’d sense any trepidation from Saunders. Anyone who’s been familiar with his work since turning pro in 2009 will tell you he’s no shrinking violet. Only this week he offered to put $500k of his purse up for grabs in a bet with Lemieux over who’d take the win, the victor having the option to donate the pot to a charity of their choice. Ignore for a second that these side-bets almost never actually materialise and what you can take away from his public offer to Lemieux was the confidence Billy Joe has in his own ability.

Saunders has faced the big stage before and delivered, most notably when he outpointed Chris Eubank Jr back in 2014, a fight he took when in a mandatory position for a world title and professionally had much more to lose than the up-and-coming legend’s son. While I can see him having some rocky patches on Saturday I just don’t see him wilting under the pressure and I’ll be backing him to come away with a clear points victory – currently available at 11/8.

Lemieux’s chances of victory are by no means slim though and if he can get close to Saunders he’ll be looking to unload a barrage of short hooks that have helped him stop 80% of his opponents in a 41-fight career. It’s due to those stats that he’s 7/4 to get Saunders out of there early himself. My issue with this line of thought however is that Lemieux has arms like a tyrannosaurus rex and when combined with Saunders’ ability to box and move beautifully, I just don’t see him getting in the position to plant his feet for big shots regularly enough to stop Saunders. Saunders himself has been predicting that Lemieux will be punching fresh air for large spells of the bout and I personally don’t disagree.

If we went back 12 months, the likelihood of a late stoppage win for Lemieux would have been much greater and I’d have been tempted by the 5/1 available on the Canadian between rounds 7-12. Saunders has shown the potential to fade late in his fights and nearly got caught out against John Ryder early in his career, as well as losing the lion’s share of the back 6 against Chris Eubank Jr.

Physically however he appears to have come on leaps and bounds with new trainer Dominic Ingle and while the eye test isn’t always the best indication of stamina it is certainly reassuring to see him without the excess flab he’s carried in some of his earlier bouts. Even when he did have doubts over his ability to go a full, hard twelve rounds he was managing to get over the line and with a better fitness regime evidently in place, I’d be surprised if he didn’t do the same again here.

In one of the supporting bouts, a former Eubank Jr opponent, Gary ‘Spike’ O’Sullivan takes on American Antoine Douglas in a clash where the Irishman starts as the 7/4 outsider. Despite the fact he was comprehensively beaten by both Saunders and Eubank Jr, I’ll be taking a punt on Spike pulling off the upset and coming away with the victory. Douglas is young and talented, but I suspect there are still daemons lurking from his tenth-round stoppage loss against Avtandil Khurtsidze last year.

Douglas has claimed three stoppage wins since that fight, but if you dig below the surface you’ll see all those opponents were carefully selected and were themselves coming off a run of losses. Spike isn’t the most polished pro out there, but he comes to fight, hits hard and if he can make things uncomfortable for Douglas by the mid-rounds, I could easily see him getting to the American late on. A double on an O’Sullivan win and a Saunders points victory pays 5.54/1 and that’s my pick for this weekend.

The action takes place on Saturday night – to see our latest boxing markets, check out 32Red Sport here. If you’re up for a flutter on table games or the slots, be sure to check out our award-winning casino too!