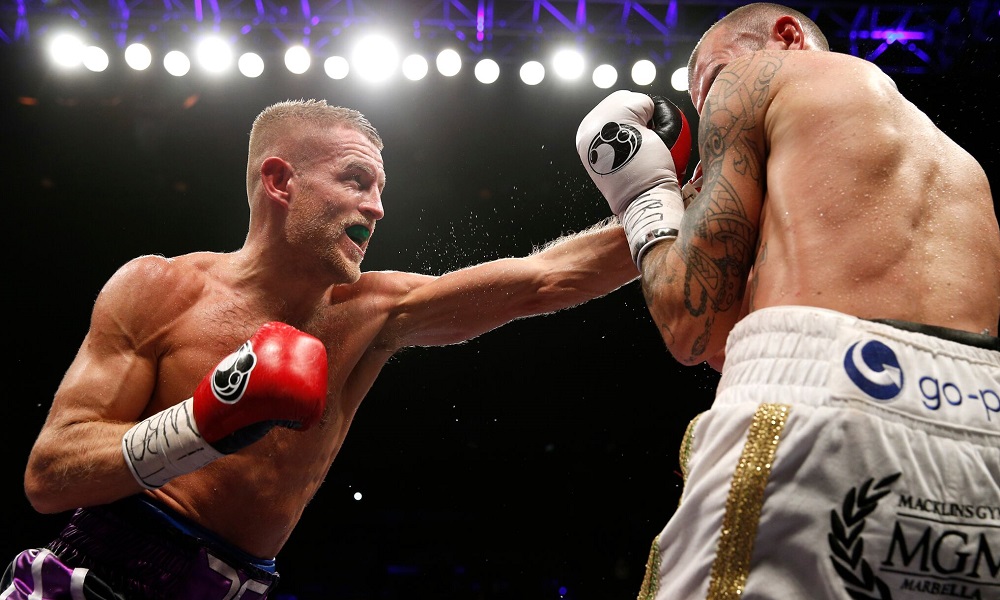 There’s a lot to like about Saturday’s ‘A New Era’ card from Manchester Arena. In fact, we were so excited here at 32Red when it was announced, that we even sponsored the event! High profile professional debuts, competitive domestic world-title action and Britain’s longest running unbeaten professional fighter will all be on-show as BT Sport mark their introduction to televised boxing. Frank Warren, BoxNation and BT Sport are certainly hitting the floor running. For the latest boxing odds, see here.

Two-time Olympic Gold-Medallist Nicola Adams, who takes on Virginia Noemi Carcamo at flyweight, will likely dominate the coverage in the build-up, however for punters, the interest will lie elsewhere in a quality top to bottom card.

Liam Smith v Liam Williams may be slated as the chief-support bout to Terry Flanagan’s title defence, but this is arguably the fight which has most people talking. Unsurprising, given a straw poll on the outcome would have fans split down the middle. I’d just about fall on the Liam Williams side of that debate, as even Smith conceded (speaking exclusively to 32Red) that Williams is arguably the bigger puncher and has the better jab.

To take a horse racing analogy, stable form would also be a concern for ‘Beefy’ backers. Recent losses for fellow Joe Gallagher fighters Anthony Crolla, Marcus Morrison, Hosea Burton and Liam’s brother Stephen may mean absolutely nothing to the self-assured and confident Smith, but in an ultra-competitive match-up, you’d obviously prefer to be coming in on a high.

Gallagher fighters tend to settle themselves into a fight and conserve some energy to come on strong in the later rounds and don’t be surprised to see that pattern emerge again here. Williams has yet to go the full twelve-round distance, whereas Smith knows he has that in the locker, so taking the Welshman into ‘deep waters’ may be part of the game-plan. There is however, nothing in his previous performances to suggest to me that Williams will wilt under the pressure and if he has a healthy lead by mid-way, I wouldn’t expect to see him hand that advantage back. Trainer Gary Lockett tends to have his men in tip-top shape come fight night, so don’t expect any different on this occasion.

One of the more prevalent arguments against Williams is Smith’s greater experience at world level, but the Liverpudlian’s loss to Canelo Alvarez aside, their resumes don’t differ a great deal for my money and therefore I’d be happiest to take the 15/8 on offer for Williams to win a competitive, but clear decision.

Terry Flanagan is the current holder of British boxing’s longest unbeaten streak with 32 consecutive wins and at 2/15 for the win on Saturday night against Petr Petrov, it’s fair to say he’s expected to keep his WBO lightweight title and extend his record to 33-0.

Petrov may however be more of a live-dog than the odds give him credit for. Winner of ESPN’s Boxcino tournament in 2014, the Russian has only ever been stopped by Marcos Maidana, a man who was giving Floyd Mayweather and Amir Khan all they could handle around the same time. Flanagan is by no means feather-fisted, but even he’d have to concede that he probably doesn’t possess the raw power that the Argentinian had at his disposal when stopping Petrov in the fourth round and as a result, I’d be shying away from backing this to finish early.

Petrov will more than likely fall just short of having the required skillset to overcome the taller, more polished Flanagan on Saturday evening, but I’d certainly expect him to make it a competitive encounter throughout. ‘Turbo’ Terry Flanagan to have his hand raised at the end of twelve rounds at 11/8 would be my pick for the main-event.

Terry Flanagan: “I’ve gotta be on it from the start.”
Nicola Adams looking to raise the bar for women’s boxing