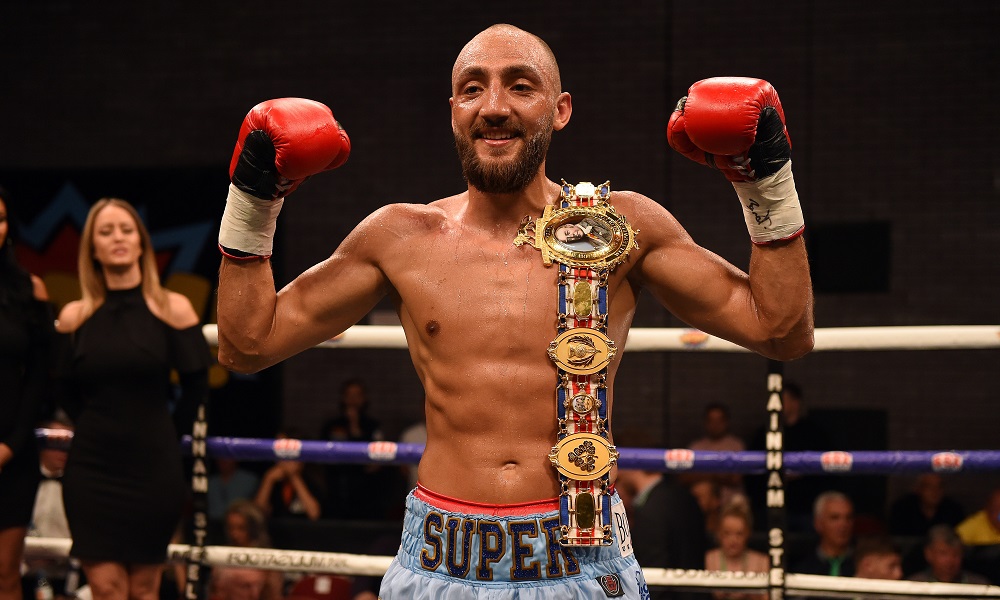 Bradley Skeete exclusive: I’ve got that buzz back again – and this is a big, big fight

The smartest decision a boxer can make when their love for the sport has evaporated is to take a step back, give the body and mind a rest and see if the urge to fight returns.

It took a couple of years for boxing to find Bradley Skeete again but the sport has him back firmly in its grip and the former British welterweight champion has jumped right back into the mix. He fights the exciting and undefeated Hamzah Sheeraz this weekend. For all the latest fight odds, visit our sportsbook.

“I lost it [the love]. It just wasn’t there. I knew it was time. Not to retire – I never wanted to be out of the ring as long as I was – I just wanted a break from it and see where I was. Then COVID came so that was another year. I always believe things happen for a reason and look at me now. I’m thriving.” Skeete told 32Red.

“Even when I had a little run out in June I was buzzing for it. It was like my debut all over again and that was just on a small show. Now I’m back on TV and the co-main event in a big fight. I’ve got a good feel about it and I’m on it.”

Skeete (29-3, 14 KO’s) has plenty to feel optimistic about. After working his 6ft 1in tall frame down to welterweight for eight years he is returning as a light middleweight and after enjoying plenty of success with Alan Smith at the Ibox Gym in Bromley, he has upped sticks and moved a couple of hundred miles north to train at the famous Ingle Gym in Sheffield. Skeete isn’t coming back as a faded version of the fighter who left the sport after suffering the second stoppage defeat of his career, he has tried to reinvent himself. 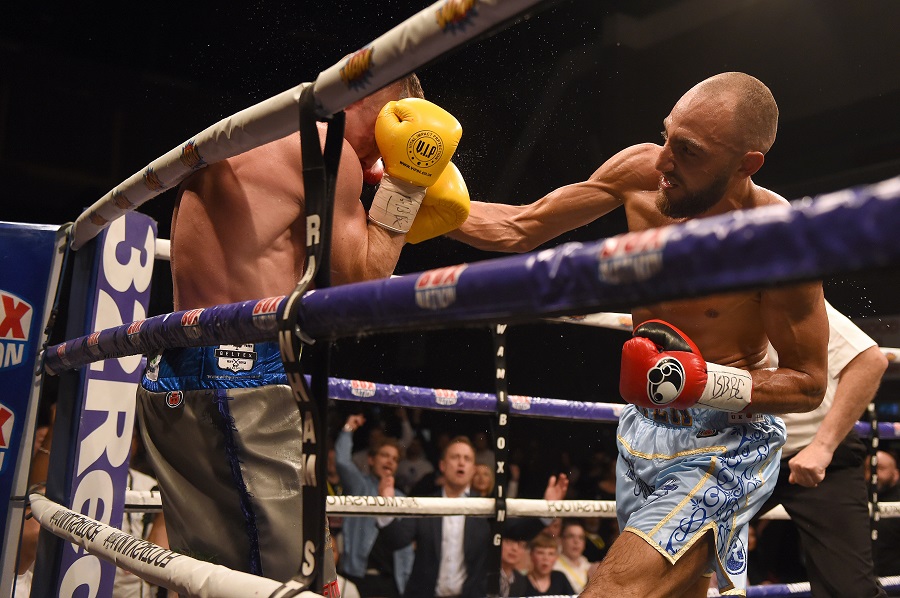 “From coming up to Sheffield and training with Dom at the Ingle Gym, I’ve got that buzz for boxing back again. Coming back and having a new start with a new team and trainer is what I needed. I didn’t leave Al Smith and everybody at the Ibox gym on bad terms but at this stage in my career, this is what I needed. I had to make this sacrifice and it shows how dedicated and serious I am to move away from home and leave everything behind. All I do is eat, sleep and train,” he said.

“I’ve seen few comments and things being said by people going on the fact that I’m 34 and had a long lay off but I can’t see the harm in it. I haven’t been busted up or beaten up. I just think the time off has done me the world of good.”

Whilst Skeete was out of sight, he quickly slipped out of mind. The announcement of his fight with Sheeraz is an all too rare piece of imaginative matchmaking and came out of the blue. Skeete has a Lonsdale belt safely locked away in his trophy cabinet and has engaged in more title fights than Sheeraz has had fights. It immediately started a debate between those who feel that Skeete may still be a little undercooked after boxing just once in three years and those who hold the opinion that the highly rated Sheeraz is the one who could do with a little more seasoning.

“This is a big, big fight and I’m glad people are realising that. He himself will know. There’s no disrespect or bad blood here but he had to take this fight. They’ve probably looked at me and thought I’m getting on and been out the ring for a while and they’re getting me at the right time but if the people around him are telling him that then they’re making a very, very big mistake because this is the best I’ve felt to be honest. 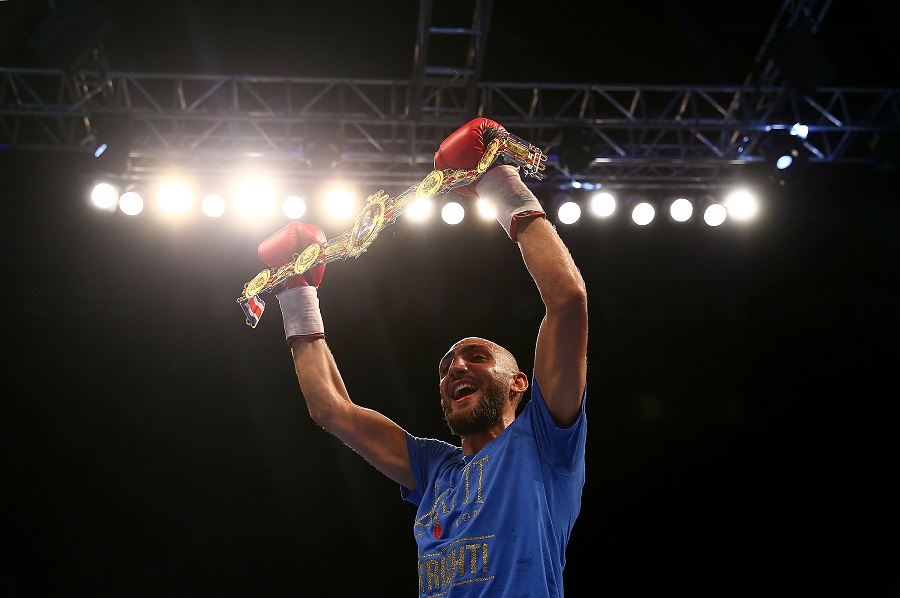 “I’ve been boxing a long time. I’ve had 32 fights and after coming back and having that lay-off, I made it clear I wanted to be right back into big fights. I wanted opportunities but nothing really came my way. I was getting disappointed if I’m honest. I was thinking, ‘Wow, people really do forget.’ It wasn’t that long ago I was flying high but I had patience and stayed in the gym and then this came around.”

Skeete has been part of some big nights and hasn’t been showered and changed in time to take his seat for the main event. Skeete has been the main event. His name has headlined posters and topped rankings. His title fights with Frankie Gavin and Sam Eggington were genuinely big nights for British boxing and he fought Kerman Lejarraga for the European title in a bear pit type atmosphere in Bilbao. Sheeraz might be facing a 34 year old fighter with just one appearance in three years but he is also going up against years of knowledge and know how.

“No disrespect here but Hamzah is a 22 year old kid who’s had 13 fights. I’m not looking past him but for where I’ve boxed, where I want to be and where I know I can be, I should be beating people like this,” Skeete said.

“I’m a man. I’ve been in these big championship fights. I’ve been there and done it. Experience is key. I keep saying it. This is what I live for and what I do. I’ve done this many times, this isn’t a one off for me. A lot’s on him. He’s been talked of as a big thing and a world champion. He’s moved to America and everybody – rightly – is talking big on him but he’s not boxed anyone of my ability. He’s got a lot of stoppages but he should be stopping those people. Look, he’s gonna know he’s in a fight. I’ve been there and done it and I’m coming to take his head off.”

Zach Parker exclusive: I want to make people sit up and take notice
Hamzah Sheeraz exclusive: It’ll be a spectacular fight against Skeete