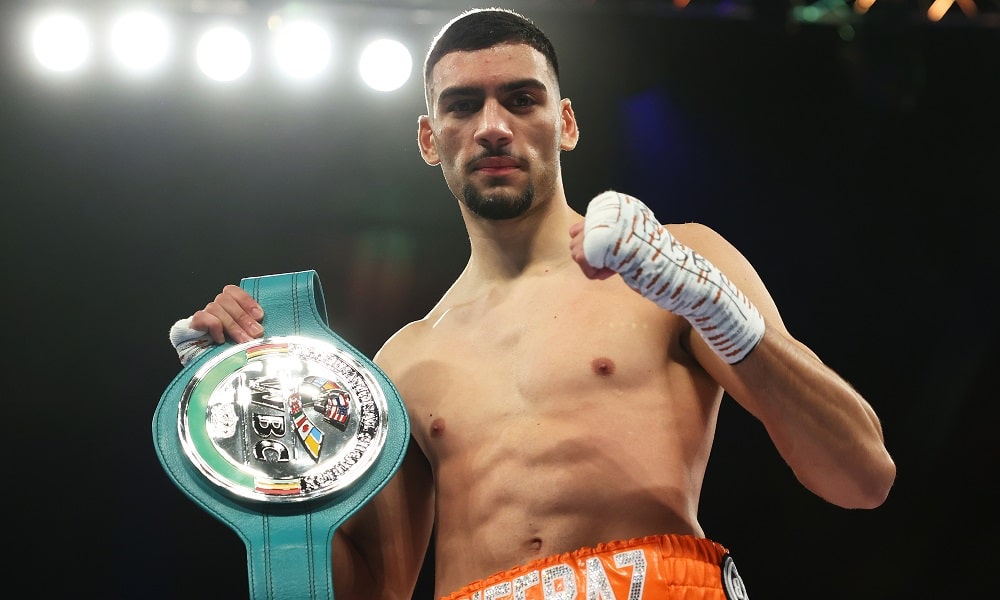 Hamzah Sheeraz exclusive: I’m gonna get in there and do my thing

Hamzah Sheeraz headlines a major card for the first time when he fights Francisco Torres at the Copper Box this weekend and the unbeaten middleweight is taking the added attention and expectation in his stride. For all the latest fight odds, visit our sportsbook.

“I’m 15 fights in now. Once you keep winning – and winning in good fashion – you know that these opportunities will arise,” Sheeraz told 32Red. “I’m ready for it in those terms but obviously it is a bit different. It’s my first time doing it but it’s just like any other fight. I’m gonna get in there and do my thing.

“I wouldn’t be in the sport if I didn’t think like that or if I was doing it half-heartedly. I am going to get to the top. I’m not wasting my own time or everybody else’s. If I didn’t think like that then I’d be letting down everyone around me like my sponsors and my team. I think just having the overall general mindset – even if you’re not fully talented in certain aspects – you still have to believe in yourself.”

Sheeraz (15-0, 11 KO’s) was earmarked as a potential star of the future from very early on in his career. But over the past 18 months, momentum has really started to build behind him. Should he beat Torres in style, things might just begin to move very quickly. Now set at middleweight, he is already riding high with a couple of governing bodies but there are attractive, profile-raising domestic fights with the likes of British champion, Denzel Bentley, and Nathan Heaney to be made.

The thing with Torres, he’s a very crafty fighter

“Of course. If it puts me in the right direction and it makes sense, domestically it makes a lot more noise. At the moment, all my eyes are set on next Saturday and Torres and after that we’ll see what can happen,” Sheeraz said.

“I’ve been massively blessed in terms of my financial status because of sponsors and a good promoter backing me. I’ve had the opportunities and been able to keep that consistency going. If I could be more active I would be so hopefully we can get this one out of the way and get back in the ring again straight away. 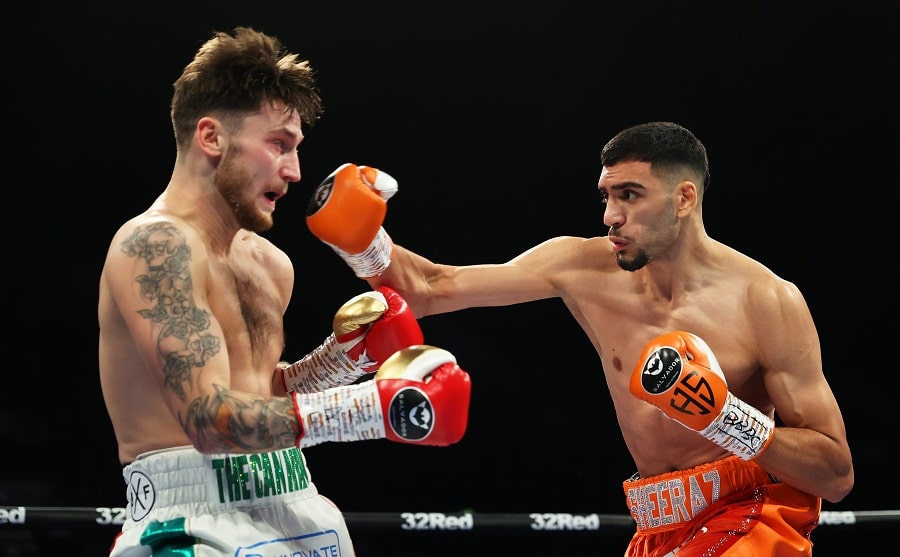 “It’s more of a business these days. You have to generate income and revenue and it has to make sense. You can’t just fight for the sake of fighting unfortunately. It’s the way of the world. Everything becomes more of a business, even other sports. It’s all become more money-orientated rather than about the sport itself.”

The consistent work Sheeraz has been putting in in Los Angeles with his trainer, Ricky Funez, will get a useful test this weekend. Torres is known on the west coast and got a very creditable draw with the excellent Jose Benevidez last November. He is sure to rely on his smarts and his naturally awkward style to help him navigate his way through.

Sheeraz himself is fairly new to the 160lb division but he looked like a picture perfect middleweight as he dismantled the tough Jez Smith in March. Before that fight, Sheeraz and his team tore things down, realising they were reducing his effectiveness by boiling him down to light middleweight and altering their sparring schedule to help him develop rather than seeking out big names and tough rounds.

I’ll get in there and deal with it

“We’ve done that again because it worked a treat for my last fight. It really paid dividends. We’ve done the same thing. We’ve obviously incorporated some hard sparring in there too so that if it does come down to that and you find yourself in the trenches, you know you’ve gonna survive.

“I knew it would always be the case [that he would look better at middleweight] three fights prior to making 160lbs. Actually making it happen and actually feeling it on the fight day was a whole different feeling. It paid off in the performance and hopefully come Saturday we can do things the same way and hopefully get another performance like that.

“If you look at Torres he’s a very crafty fighter. He loves to spoil and get you out of your rhythm. He’s the type of fighter you have to be able to deal with and hopefully on Saturday I’ll get in there and be able to deal with it – that’s what we’ve been training for – but he definitely ain’t no mug.

“It’s a meaningful win. He’s the first opponent I’ve had where I haven’t had to explain to people out in America who he is or what he’s done.” 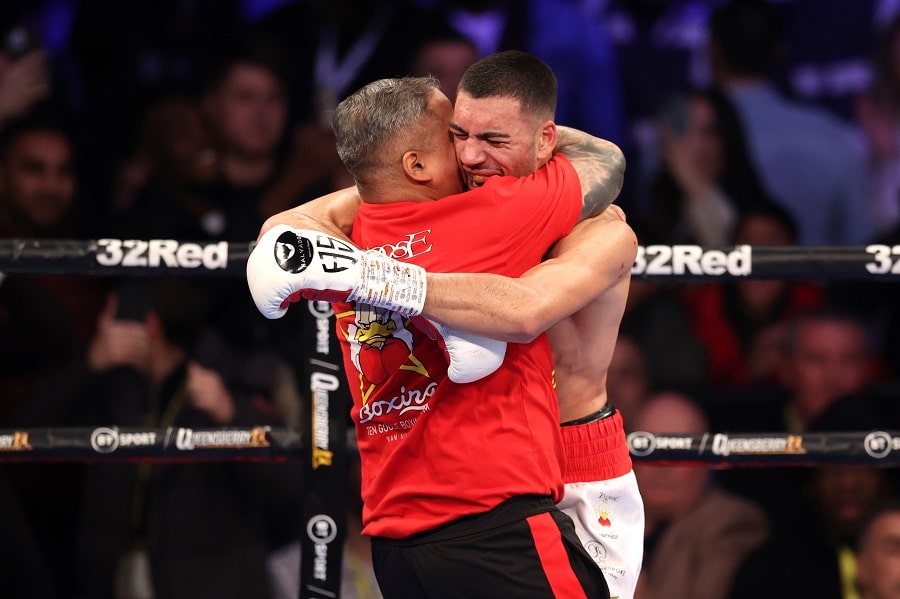 Winning a world title is a massive achievement

Winning a world title is the dream for every young boxer who ever laces up a pair of gloves. But for a while, the sport was populated by an era of fighters seemingly happy to win that world belt and sit on it for as long as possible. Thankfully things seem to be changing.

Fighters like Canelo Alvarez, Jermell Charlo, Shakur Stevenson, Terence Crawford and Errol Spence have made unifying world titles fashionable again with true ‘undisputed’ status now the ultimate aim for a new generation of fighters. It is an attitude and ambition Sheeraz shares. Headlining at the Copperbox Arena is the next step.

“Obviously winning a world title is a massive achievement but when you do win one, obviously you wanna stay there and be at the top. You wanna do what some of these American fighters do. They get there and stay there and make an impact on the sport outside the ring as well as inside it. When you’re surrounded by them I guess you do take on that mentality. You realise that this game is about a lot more than winning a world title.

“We just spoke about consistency. I think the way they go about it and execute it is brilliant, if they have the opportunity to fight in two, three, five weeks time. Whenever it is. They will because a lot of them have that mentality that helps them stay consistent and stay in the gym all year round. I think that’s what makes them great.”

Continue Reading
You may also like...
Related Topics:featured, Hamzah Sheeraz

Lennox Clarke exclusive: This is gonna be a hell of a fight – while it lasts
Frank Warren exclusive on “total professional” Sheeraz, Nick Ball & more