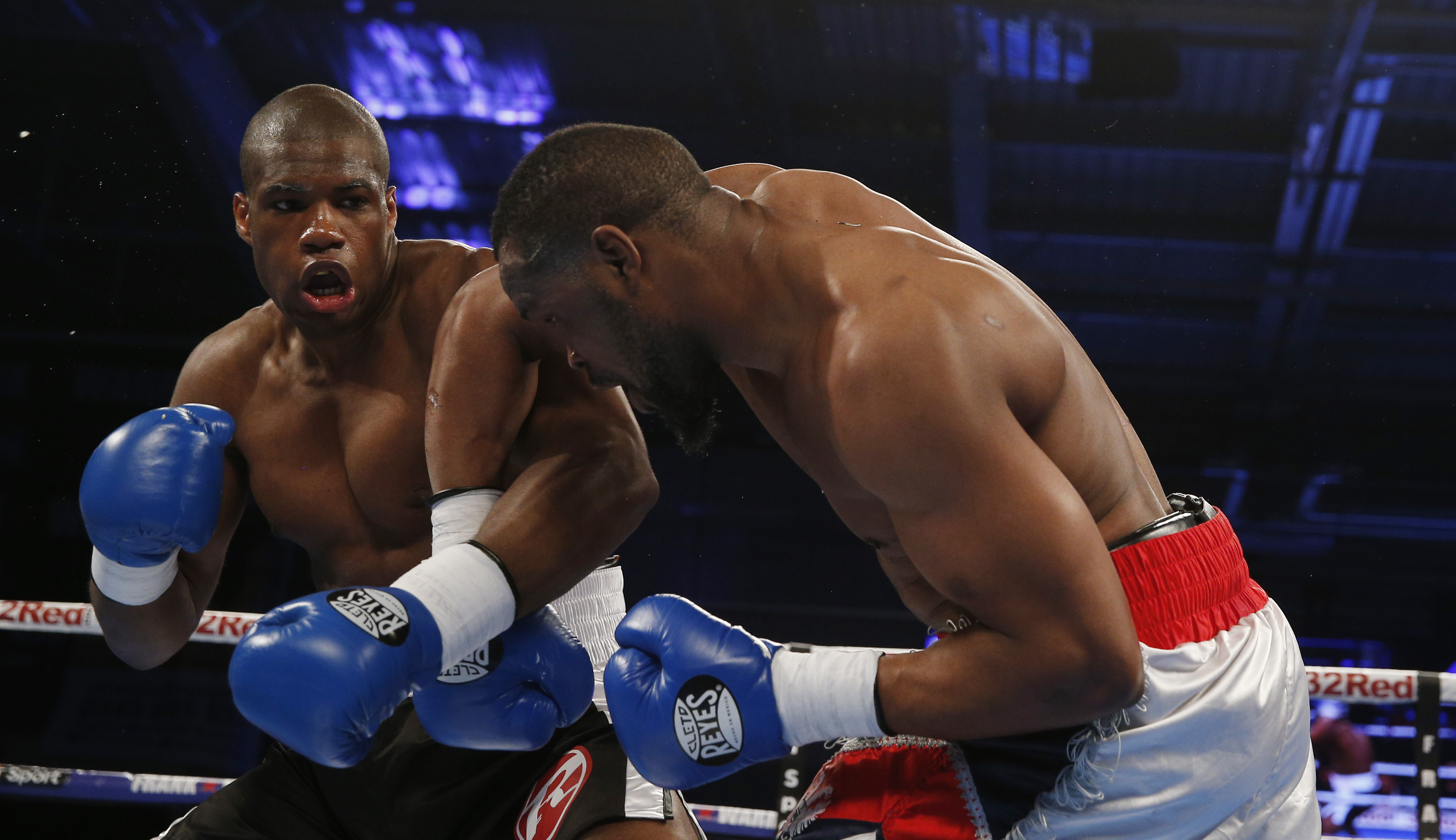 Daniel Dubois gave us this exclusive interview prior to the 32Red sponsored boxing this Saturday at York Hall.

This time last year, Daniel Dubois entered the British heavyweight picture as something as a mystery man.

Twelve months, six knockouts and nine rounds later, Dubois is widely regarded as one of the brightest heavyweight prospects in the world. But whilst the 20 year old Londoner’s reputation might have flourished, his routine hasn’t altered. In fact, apart from some extra attention and the occasional pay check, things haven’t changed a great deal since his early teens.

“This past year has just been work. Over and over again. It’s been hard but I enjoy it and I’m just doing what I have to do,” Dubois told 32Red. “I’m seeing the benefits of it though. I’m getting better all around and getting used to it more and more.

“I think I’ve been training as a pro since I started boxing as an amateur. It wasn’t too much of a shock [when I went professional] to be honest.

“I’ve just taken it one fight at a time. I’ve been taking my time and learning the differences between amateur and professional boxing and all of the little things that go on outside the ring. It’s been very interesting. Sometimes I find some of those things frustrating. Maybe the same things go on in amateur boxing but – because you’re only an amateur and there’s no money involved – you don’t really understand it because it’s not directed towards just you. Maybe there isn’t really any difference at all and I just never noticed it before. Politics and boxing.”

So far, those witnessing these exciting early stages of Dubois’ career tend to be distracted by his imposing façade but beneath the impressive exterior is a rock solid set of foundations. Any opponents that pour over the blueprints in an attempt to find a weakness in Dubois and write him off as a power obsessed one trick pony may be in for a shock.

“In time, whatever people have missed so far they’ll see it as the challenges get harder and I go through my different fights and my different struggles,” he said. “People are missing the science of boxing, that’s what I’m all about and that’s what I emphasise when I’m in the ring. One day I’ll release my full arsenal and bring everything I’ve got.”

Last week’s clash between George Groves and Chris Eubank highlighted the benefits of doing things the Dubois way. Whereas Eubank’s decision to forego tried and tested methods backfired under  Dubois’ father is an interested and supportive influence and Martin Bowers heads up a training team dedicated to getting the best out of their fighter. Dubois simply follows their instructions. The devastating manner of his victories have created a buzz around the 20 year old but his team have resisted the urge to drum up even more interest with public declarations or brash videos on social media.

“Me and my dad started out together and we’ll finish together. That’s just how it is. Maybe the Eubanks went over the top a bit trying to become more famous or make themselves more well known but this is boxing at the end of the day. Joe Calzaghe and Enzo showed how it’s done. It’s done in the gym and it’s done by winning fights.

“Learning the fundamentals is the way to do it. It’s the only way to be successful in boxing.”

Dubois’ Southern Area title fight with D.L Jones this weekend is the opener for something of a heavyweight season. In the coming weeks Deontay Wilder defends his WBC title against Luis Ortiz and then Anthony Joshua and Joseph Parker will unify the WBA ‘Super’, IBF and WBO belts. Dubois fell in love with the sport watching videos of fighters like Lennox Lewis, Evander Holyfield and Mike Tyson and his current contemporaries have also piqued his interest.

“Joshua looks like he’s a bit too strong and a bit too big for Parker, but you never know. Anything can happen in boxing. I just think that Joshua’s at the top of his game and it’ll be really difficult for anyone to overthrow him at the moment but Parker hasn’t shown what he’s fully capable of and could spring an upset.

“I think Deontay Wilder with his long range, speed and power will be a bit too much for Ortiz. I’ll go for Deontay.”

Daniel fights on Saturday night – to see our latest boxing markets, check out 32Red Sport here. If you’re up for a flutter on table games or the slots, be sure to check out our award-winning casino too!
Continue Reading
You may also like...
Related Topics:32Red, Boxing, featured, Frank Warren