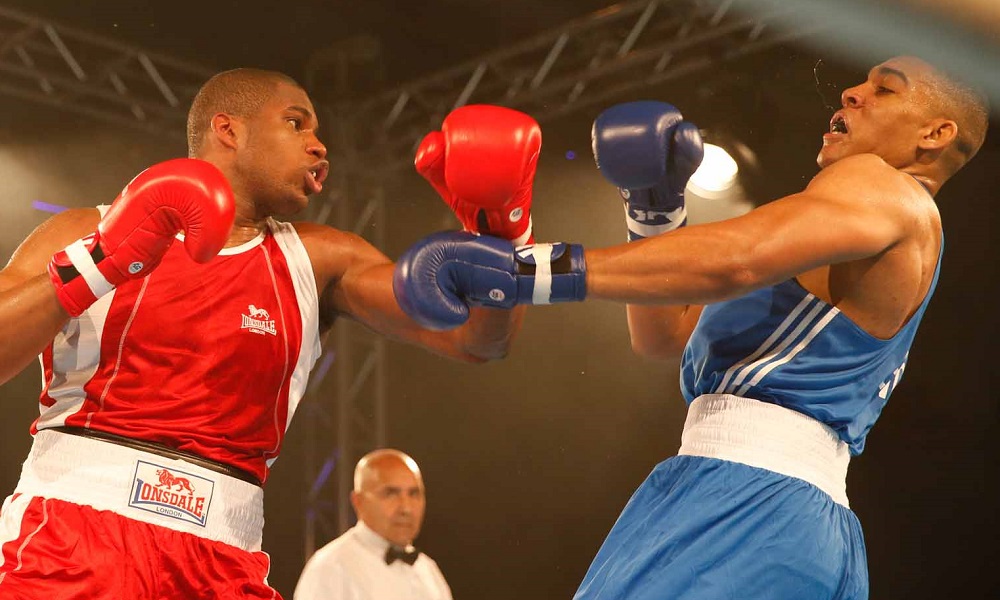 The heavyweight division is generally a good barometer of boxing’s health.

When boxing’s blue riband weight class is thriving, the sport orbits around the big men and, right now, Britain is at the centre of the heavyweight universe. Whilst the heightened interest in the division makes it difficult for a young prospect to operate under the radar, it also opens up a world of opportunity.

On Saturday night, the explosive Daniel Dubois (2-0, 2KO’s) will make only his third professional appearance but the 19-year-old Londoner is enjoying learning his craft under the bright lights. See the latest odds here.

“It’s perfect timing. I’m working hard towards being the best the I can possibly be and I’m feeling good,” Dubois told 32Red.

“I definitely made the right choice turning professional. It’s exciting times in boxing – and especially heavyweight boxing – and I’m looking forward to making an impact.

“I’m enjoying it. They are all new experiences to me so I’m just taking them in step by step and taking my time.

As a teenage heavyweight progressing smoothly along the path laid for him by Team GB’s Podium Squad, it was expected that Dubois would set his mind on following in the footsteps of modern Olympic heroes like Anthony Joshua and Audley Harrison and aim for gold at the Tokyo 2020 games. Instead, Dubois decided to make an early assault on the professional ranks.

“I was always more into professional boxing really,” he said. “Anthony just came on to the scene recently but the big stars for me were people like Mike Tyson and Lennox Lewis. Evander Holyfield and people like that.”

Standing 6ft 4 1/2” tall and setting everything up with a heavy jab, it would be no shock if Dubois had spent hours watching a young Riddick Bowe in action.

“I’ve not seen much of Riddick Bowe,” he says surprisingly. “I’ve seen his fights with Evander Holyfield and they were exciting.

“People can make comparisons between me and other fighters based on us having similar builds or similar styles. That’s all better for me.”

It was impossible to learn much from Dubois’ 35 second blow out of Marcus Kelly on his professional debut but the way he took apart Cameroonian Olympian Blaise Menduo last month pointed to an extremely promising future.

“Blaise came to fight and that allowed me the opportunity to open up and take him out in good fashion and that’s what I did. It’s far better when opponents come to fight. It gives you the chance to show just how good you are.

“I punch pretty hard. I’ve got a good style and I’m good at range so that’s what I do. I’ve developed my jab from the amateurs and it’s taken me from the schoolboy level to where I am now. It’s as good as it is now because I’ve been consistent with it.”

A happy fighter is a dangerous fighter and right now, Dubois is simply enjoying living and breathing boxing. In fact, when the gloves come off and the gym door closes, Dubois can’t escape the sport. Daniel may be attracting the attention at the moment but there is a whole dynasty of fighting Dubois’ ready to follow his lead.

“I have a sister called Caroline and I’ve got a brother called Prince who’s 12 years old. There’s just the three of us. We work together and bounce off each other and all train together and we’re all in the same mindset of boxing and competing. Caroline is undefeated at 20-0 and she’s the European Women’s Youth champion and doing really well.

“Everything is going great. I’m just staying in the gym, staying focused, and staying dedicated to it.”

Daniel fights on Saturday night – see the latest odds here. And for a wide range of boxing markets, check out 32Red Sport here. If you’re up for a flutter on table games or the slots, be sure to check out our award-winning casino too!