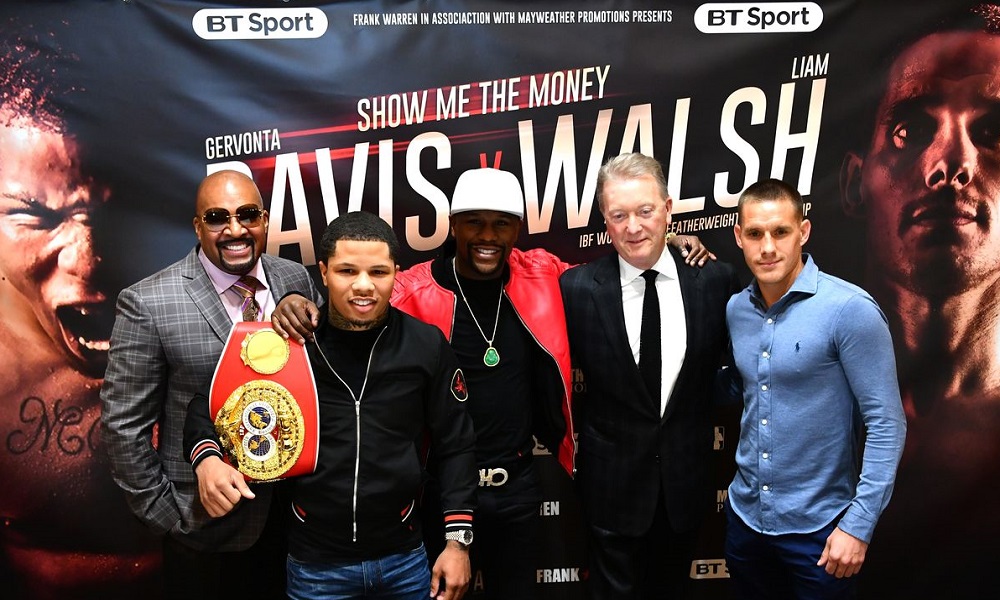 For many fighters, winning a world title is the culmination of their lifetime’s work. Only a small percentage go on to dominate their weight classes and create a real legacy. The way knowledgeable figures speak about Gervonta Davis, the 22-year-old IBF super featherweight champion is set for a long career at championship level. But for ‘Tank’ himself, a long list of titles and a place in the Hall of Fame in Canastota won’t be enough. Davis (16-0, 12 KO’s) somehow emerged unscathed from a tough upbringing in Baltimore and has set his mind on becoming an example.

“This is just the beginning,” Davis told 32Red. “ I have a lot of people that I’m fighting for. My team, my family, my city. Things like that. Titles are great but there’s a bigger picture here. Lots of young people are looking to me to show them the way. I have to listen to my team and just stay humble and keep working. My talent will speak for itself.

“My goals in boxing have always been to test myself against the best, keep the fans wanting more, and work to make sure my people have what they need.”

Davis’ combination of talent and determination caught the eye of Floyd Mayweather Jnr and the modern great has taken him under his wing. After the press conference to announce this weekend’s world title fight with Liam Walsh (see the latest odds here), Davis and Mayweather sat down with Walsh and his promoter Frank Warren for a round table discussion. Davis let Mayweather do most of the talking but seemed to study the unbeaten Walsh, a half smile playing on his lips. Since leaving London to prepare for the fight, Davis and his team have poured over footage of Walsh and are impressed by what they have seen.

“He seemed very confident and he should be. He was professional and I could tell he works hard. I expect him to give his best effort and bring the fight to me. I didn’t think he was scared or anything like that.

“My team had mentioned him a few times because he is a mandatory, but his previous fights haven’t had any buzz in the states. I’m not going to reveal our scouting of him, but he’s a strong fighter and he can box well in my opinion. He takes risks – which isn’t good against someone like me – but it will make the fight more exciting. “

Mayweather’s first step on the path to greatness was a dismantling of Genaro Hernandez to win a world super featherweight belt. Then known as ‘Pretty Boy’, Mayweather was an active champion and cemented his status as one of the sport’s biggest talents by dominating respected names like Angel Manfredy and Diego Corrales. Mayweather Promotions have been searching for a fighter with the charisma and style, but even more importantly, the ability to become the new face of the company. Judging by the amount of interest his arrival in the UK generated, Davis is already building a reputation and he is keen to emulate Mayweather by remaining busy.

“I knew that fans in the UK know all about boxing. A large number of the messages I get on my social media come from people that live there. I can tell they follow me pretty closely because they seem to know a lot about me.

“Of course all fighters need to stay active and I’m no different. I’m definitely that guy [to become the new face of Mayweather Promotions]. My performances and the buzz I’m bringing will speak for itself. This is my first main event fight. I have to do well and keep showing y’all why I’m the one.

“This is a business and I know what I have to do and what’s expected of me.”

Gervonta fights on Saturday night – see the latest odds here. And for a wide range of boxing markets, check out 32Red Sport here. If you’re up for a flutter on table games or the slots, be sure to check out our award-winning casino too!