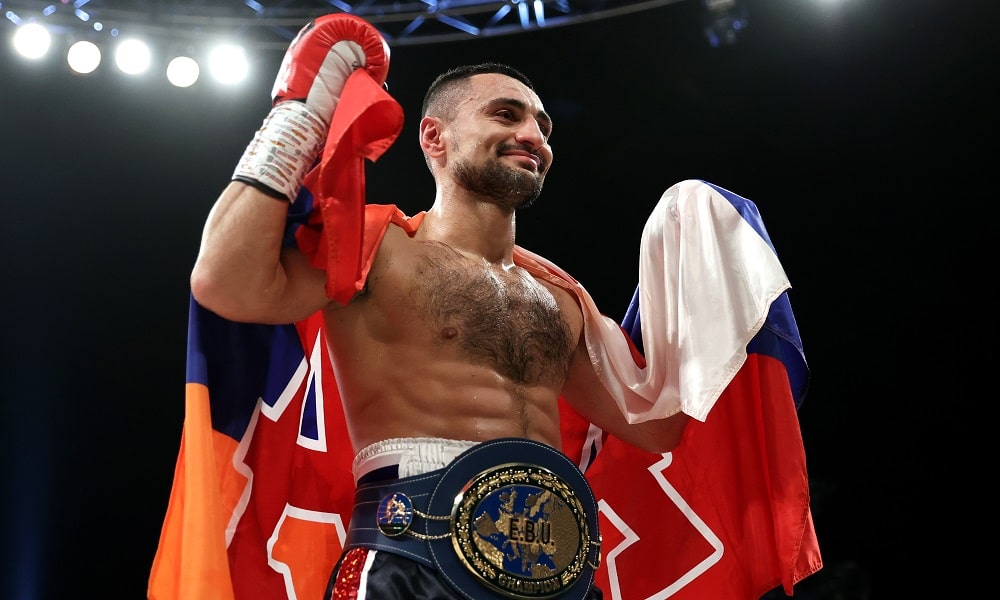 David Avanesyan exclusive: I will fight any champion for any belt

In the 1980s, horror film fans couldn’t bring themselves to say the name of the Candyman. These days it seems like the world’s most high profile welterweights refuse to utter the name David Avanesyan in case the European champion suddenly appears behind them.

The Armenian would love nothing more than to hear his name called. But there is nothing he can do about it, he just has to continue winning and let boxing politics take shape.

Nonetheless, he has found himself a fight this weekend. Finland’s Oskari Metz might not be the most glamorous name in the 147lb division but he is unbeaten and still needs dealing with. For all the latest fight odds, visit our sportsbook.

“Metz is the challenger but I take every challenger as dangerous. I am professional, I can’t make a big mistake he will get the best I can be so enjoy the fight,” Avanesyan (28-3-1, 16 KO’s) told 32Red.

“I don’t know why fighters don’t want to fight me. They always find excuses to justify why but the fans see I go fight any man, anywhere.

“I respect any fighter who takes the challenge”

“I get better as a fighter and I can’t remember anyone calling me out but I respect any fighter and any who will take the challenge. Again, I am lucky – my team make things happen for me or else it would be a difficult time like the last couple years.”

Avanesyan, his trainer Carl Greaves and manager, Neil Marsh, have become one of the most unlikely teams in boxing. It is more than seven years since an unknown Avanesyan walked to the ring and made his British debut at the Titanic Hotel in Liverpool. His talent and determination was clear from his early days in Britain but at that moment, his aims were strictly short term. All he wanted was an opportunity. For the team to have built him into an attraction on these shores is a remarkable achievement.

Avanesyan is something of a local hero at home. But although his friends and family are undoubtedly proud, they must also be slightly puzzled when they see just how popular he has become in the UK. 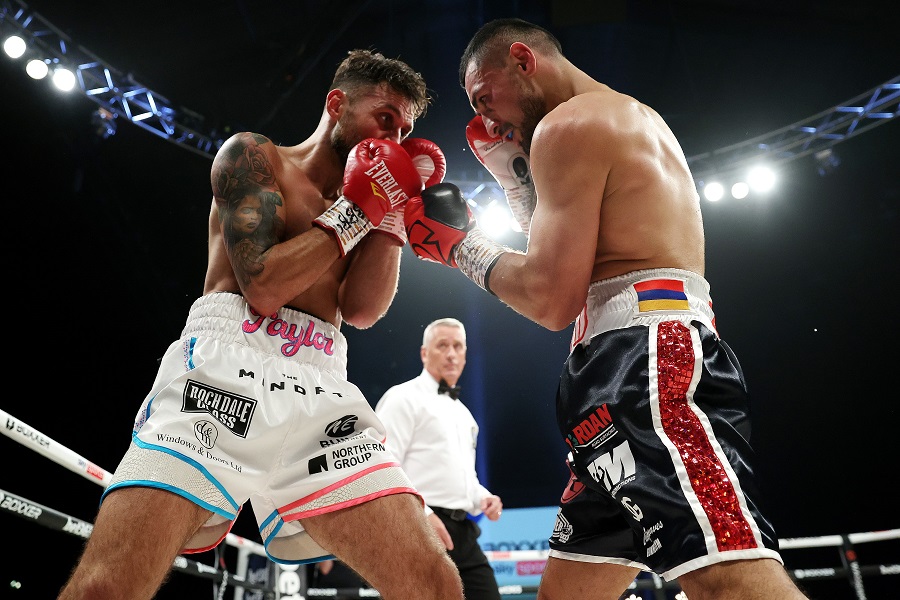 “The British fans are genuine, they see I give my best”

“My friends and family have seen this develop and seen me get more popular. I am so lucky as many don’t get the chance so they are delighted for me. The British fans are so genuine and honest they see I give my best. They see I go for big wins and they respect the fighter not the birthplace. I thank them for this massively,” he said.

“The Titanic is a long time ago now and I don’t know what I thought. I took a chance and went to another country. Luckily I met Neil and Carl and the team and with them anything is possible. I have so much belief in them but I had huge belief in my ability. I was always confident to get a breakthrough and to top a bill in the UK three times is unbelievable.”

The British fans appreciate Avenesyan’s refusal to go through the motions. There are plenty of examples of fighters who have gone stale when they have been held at a certain level for too long. Avanesyan is clearly a step ahead of his European challengers but has dealt with every challenge in explosive fashion while he waits for a world title opportunity to finally present itself. The way in which he has dispensed with solid operators like Josh Kelly, Liam Taylor and Kerman Lejarraga has built momentum behind him. His new promoter, Frank Warren, will look to build on that momentum and deliver him a title opportunity sooner rather than later.

“Yes, many go stale but Frank promised me if it looks like a stale point he will give me activity. He doesn’t think it’s fair I sit and wait and the man has been true to his word which I thank him for.”

“I am so grateful for the love and support”

“Who would have thought Vergil Ortiz would not fight me in a WBC final eliminator? Pfffft. That’s boxing for you but my team see in the past I was pushed to the side and they do their best for me – thank you! For this I will enjoy the show and I will do my best.”

Avanesyan is all business as a fight draws near. Ruthless in sparring, fanatical about his conditioning – especially his press ups – and focused only on the job at hand. He wouldn’t have produced the devastating run of results if he allowed his eye to drift away from the task at hand and he is unlikely to overlook Oskari Metz now. Still, there are some questions that need to be asked even if you already know the answer. So, what happens after Saturday night?

“I hope the WBC order the final eliminator I believe I deserve,” he said. “I have confidence in the WBC to do so. But until then – thanks to Frank – we get a fight and then I will fight any champion for any belt. I will fight any boxer for mandatory position. And if politics stop this my team will try to get me the biggest paying fight possible.

“Lastly, thank you UK. I am so grateful for the love and support, don’t think I don’t see it because I do. I am lucky to have your support!”

Continue Reading
You may also like...
Related Topics:David Avanesyan, featured

Hamzah Sheeraz exclusive: It’ll be a lot more disciplined this time
Josh Warrington exclusive diary: I’m bang at it, Kiko’s in for a shock