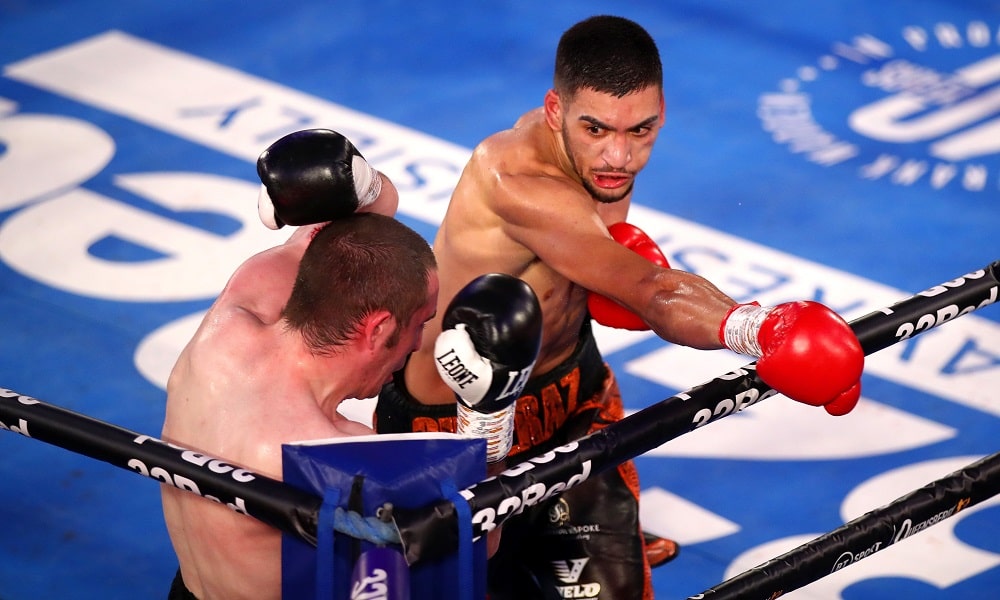 Hamzah Sheeraz had passed the test. He’d solved the puzzle the outstanding Bradley Skeete had posed for eight rounds and worn him down. Skeete touched the canvas. And Sheeraz hit him again.

Over-enthusiasm, excitement, relief. There are plenty of opinions on why it happened but what is not up for debate is that those final punches played a big part in the fight’s ending which came just seconds into the following round. Sheeraz won but that wasn’t the talking point. Before the fight he was being lauded as one of British boxing’s can’t miss prospects. Suddenly, the same people had decided that he was an overrated cheat.

That fight did me ten times better than a normal win

Sheeraz had more to worry about than the finish. He retreated to his training base in Los Angeles, away from the noise and constant questioning and set about putting right the mistakes he made before the controversial finish. He will return as a middleweight and with a much more streamlined approach. For all the latest fight odds, visit our sportsbook.

“I was the one in the ring. I knew what I was doing wrong but it was hard to change during the fight,” Sheeraz told 32Red.

“That fight did me ten times better than any other normal win. I could sit here for another two or three hours and tell you all the things I learned but we’ve gone through it with Ricky [Funez, his trainer] and the team. I don’t think you can go wrong with getting back to the basis and mastering the jab and straight one-twos.

“No matter what happened in that fight, I knew I would get the win. But to get the win and get those lessons under my belt was a blessing in disguise.

“Over here I’m not really known so they didn’t watch my last fight or ask me about it. If I was back home I’d be having to go through the fight hundreds of times. It’s been good to get away from that. At the end of the day, when I’m done in boxing people will look at my record and just see that it was a win. Talking about it isn’t gonna change anything. I’m just looking forward to March 19th and getting back in the ring.” 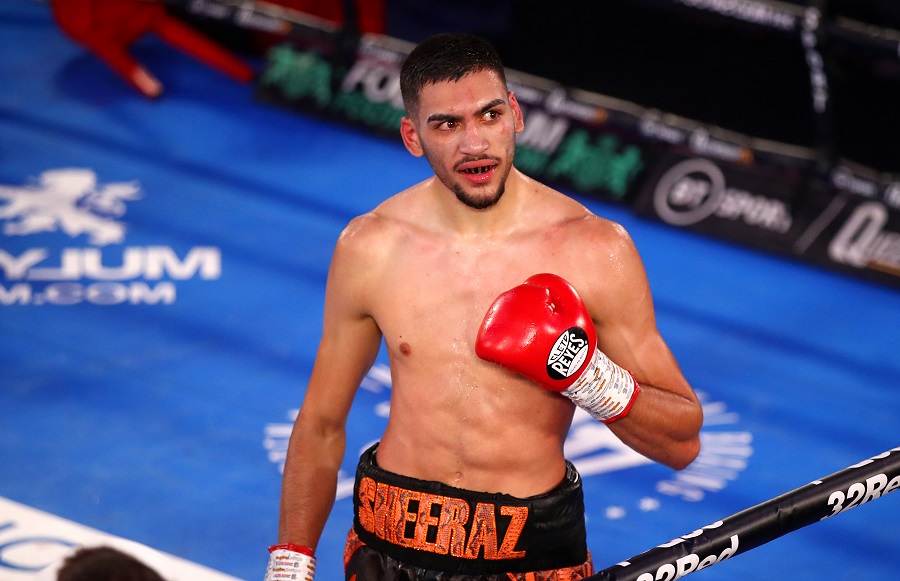 We’ve been stripping it back to basics

If a Premier League striker misses a sitter, they get the chance to put things right the following Saturday. A cricketer might get the chance to put a bad innings behind him the following day. For a boxer, redemption can take months to arrive. Sheeraz could easily have allowed frustration to drive him and worked himself into the ground while he waited for a new date. Instead he has gone about things in a much more measured way. Rather than simply training harder, they have decided to train smarter.

“We’ve been stripping it back to basics and working on the more simple things. It wasn’t that we got carried away last time but we were sparring all these big names and I think I forgot to work on myself and the basics. Hopefully it’ll be a lot more disciplined this time,” he said.

Sometimes you need to work on simple things

“My mentality was that you need to work with the best sparring partners and the best people. In that case though, you don’t work on the things you need to be working on because you’re more interested in doing better than the person in front of you. I sat down with Joe Goosen and Ricky and they said we need to calm down a bit and work on simple things. You do that by working with sparring partners of my ability or a bit less so you can work on the things you’ve been practicing.”

At a broad and rangy 6ft 3in, Sheeraz looks built for the challenge of competing at middleweight. This won’t be a case of a fighter moving up in weight and slowly building into his new division. The benefits of a move up in weight aren’t only noticed on the morning of a weigh in or the night of the fight. Those extra 6lbs will have a benefit all the way through training. A good fighter is a happy fighter. Although it still won’t be easy, being able to prepare for a fight without the ever present worry of a difficult weight cut can make all the difference.

I’m still growing and I have more growing to do

“It’s something I wanted to do two or three fights ago but because I had a belt, I wanted to defend it a couple of times to get my ranking up with the WBO. Now I have moved up, I’ll hopefully have a ranking at 160lbs. I was willing to make 154lbs for a rematch [with Skeete] but that isn’t happening. I’m only 22, I’m still growing and I’ve got a lot more growing still to do.”

Fighters like Felix Cash, Denzel Bentley, Anthony Fowler, Bradley Rea inhabit a deep middleweight division and Sheeraz launches part two of his career against Jez Smith. Nobody beats Smith easily and he recently got involved in an eight round tear up with the heavy handed Rea. It is the perfect opportunity for Sheeraz to put on a show against a well respected, known opponent and get fans talking about him again for all the right reasons.

“We weren’t meant to be fighting Jez. He wasn’t going to turn it down though because he always turns up. In terms of proving myself to other people, I’m not really interested in doing that. I know it’ll be a better performance. He’ll be there in the ring to fight and not run away,” he said.

Continue Reading
You may also like...
Related Topics:featured, Hamzah Sheeraz

Frank Warren on Fury v Whyte, Parker v Andrade and Chris Bourke
David Avanesyan exclusive: I will fight any champion for any belt