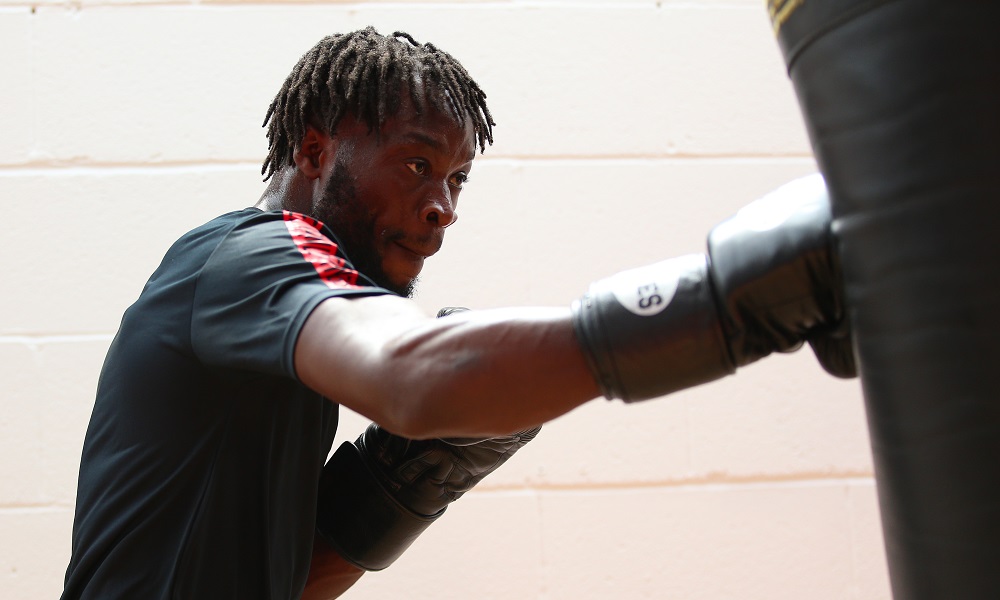 Denzel Bentley exclusive: I want to push on for greater things

Denzel Bentley has spent less than three years boxing professionally but has already seen the sport from the bottom up. He has boxed on dinner shows and small hall bills and been a first hand witness to the meteoric rise of his gym mate, Daniel Dubois.

Realising that American fighters around his age like Gervonta Davis, Shakur Stevenson and Devin Haney move into world class much earlier than their counterparts on the side of this Atlantic, Bentley has vowed that that is the path he wants his own career to take. The 25-year-old middleweight has decided to ditch his armbands and plunge into the deep water.

Bentley (13-0, 11 KO’s) takes the first serious step on that road this weekend. When the explosive Mark Heffron (25-1, 19 KO’s) was mentioned as a possible opponent, Bentley was as good as his word. He said ‘Yes’ immediately. For all the latest fight odds, visit our sportsbook.

“We’re fighting for the IBF European title. It’s a nice title, it looks good and I’d love to have it in my bedroom but in America you don’t really see them making a big thing about titles like this. The ones who haven’t got big backing go for those titles but the guys who are with big promoters don’t bother. They just fight their way towards world titles.

“Some people might take the fights and think fair enough, I’m getting paid for it. I don’t see them as paydays. I see them as stepping stones towards where I want to be.”

Bentley is desperate to wring as much out of his career as he can but he is also realistic. He may already have his eyes on the top men at 160lbs but don’t expect him to start calling out the likes of Golovkin, Canelo or Charlo just yet. You can rest assured that he will immediately start plotting the most direct route towards them though.

“If everything goes right and I carry on winning I think within another couple of years I’ll be fighting for a world title,” he said. “I know the world middleweight division is very tough, that’s why I’m not gonna act like I could just do it now. Especially with no amateur pedigree. There are guys who have been professional for a long amount of time and I shouldn’t be able to say their names unless I’d been an outstanding amateur or been moved fast. I don’t think I’ve been moved fast. I’ve been pro for two and a half years and had 13 fights. I don’t think I’m moving fast.”

Bentley and Heffron seem very well matched physically so the fight may well be won and lost in the mind. For the first time, Bentley will make his way to the ring knowing that a large number of those watching are expecting him to lose. Heffron faced this same pressure in December 2018 and admits that self doubt got the better of him before his fight with Liam Williams. This time, he will be the one who knows what to expect and Bentley will need to handle himself correctly. Over the past few months, the Londoner’s relaxed attitude has proved popular and even though there is so much on the line this weekend, don’t expect to see that change in an attempt to gain any kind of advantage.

“I just go with how I feel. If I think I’ve gotta flip that switch then it’ll come out,” Bentley said. “Mark seems pretty confident from what I’ve seen but I think that was because of my fight with Mick Hall. What I have to say is that that was a different Denzel. I was coming off three months not even being in the gym. This time I was straight back into the gym after the fight and picked up where I left off. If I need to dig deep on the night, believe me you’re going to see it but I’m confident though. I don’t need to put on an angry face. I don’t need to act like Im up for it because I know I am.”

Bentley might have a thorough knowledge of what is going on in the world of boxing and how it affects him but he also has another area of expertise. Trainers. A couple of weeks ago a pair of expensive looking patent, gold buckled monstrosities earned his wrath as did a pair of supposedly cool hipster Lidl supermarket branded trainers. These days fashion changes so quickly that a few weeks after paying a fortune for a pair of shoes, six months later they are being worn to decorate the bedroom or tidy up the garden. That isn’t for Bentley though. He is a fan of the classics.

Next time you’re torn over whether a pair of trainers are safe to buy, test him out. If Bentley hits the ‘Like’ button, you’re probably safe.

“Not those Lidl ones anyway,” he laughed. “I think those patent ones were just Guiseppe’s. I’ve never liked those. They’re expensive shoes too you know. Back in the day everybody was buying those. I was telling them, soon they’re going to be the same as those Balenciaga track ones that everybody wears. Soon, everyone will be taking the mick out of those too. I’m easy with my Nike and Jordans. I’m not spending £700 on a pair of shoes and they’ve gone out of fashion the next week. If I spend £700 on a pair of shoes, better believe I’m wearing them forever. I’m not about that life.”

Mark Heffron exclusive: I’m buzzing for this one!
Anthony Yarde exclusive, part 1: I’ve got to push on and create a legacy