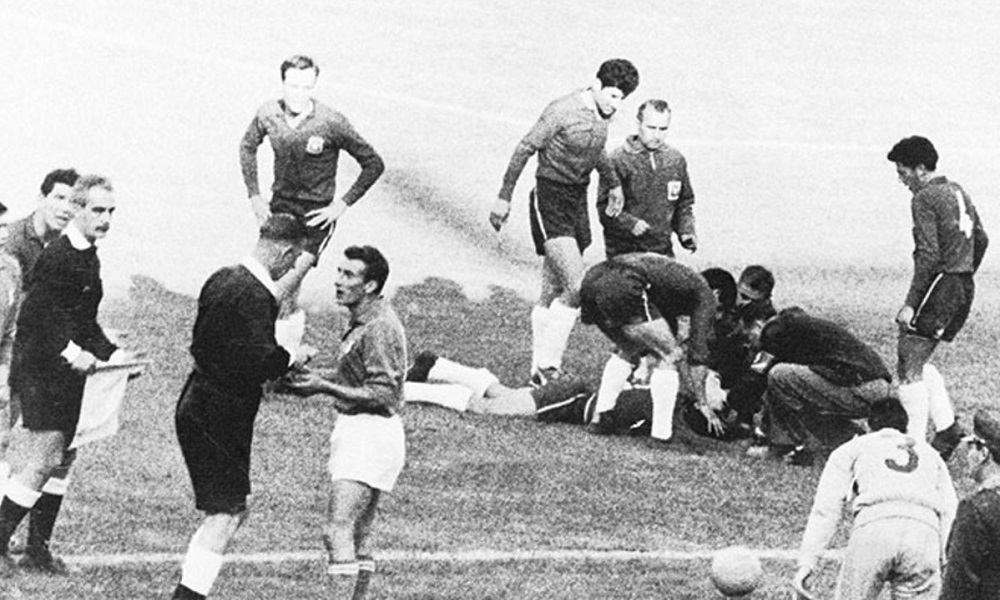 Four of football’s most chaotic matches ever

When the beautiful game turns ugly, sometimes it’s difficult to look away. Here’s a look back at some of football’s most tempestuous encounters. 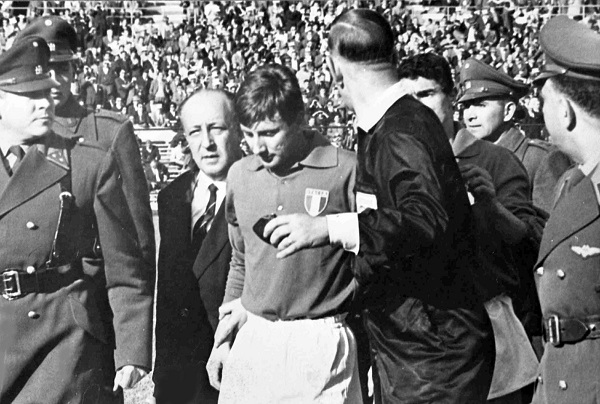 “The most stupid, appalling, disgusting and disgraceful exhibition of football in the history of the game.” Famously, that was British broadcasting legend David Coleman’s verdict, as he testily introduced the highlights of what would subsequently become known as the Battle of Santiago.

The bedlam on the field in this first-round match supposedly came about as the result of a couple of Italian journalists who had written uncomplimentary reports about the nation in the run-up to the tournament. This does seem a tad harsh from the Italians, given Chile had also suffered a devastating earthquake shortly before the event.

Whatever the reasons, there was clear enmity between these two sides from the off. Italy’s Giorgio Ferrini was sent off just five minutes into the game, having kicked out at Honorino Landa. Ferrini would remonstrate with English referee Ken Aston for a further ten minutes, before finally being dragged from the field by policemen.

A second Italian, Mario David would be dismissed before half-time, too, having attempted to boot Leonel Sanchez in the head. All of Chile’s players managed to remain on the field, which was something of a miracle, with players on both sides clearly attempting deliberate fouls. This was before the advent of the red and yellow card, incidentally (which Aston himself would later conceive).

Ken was clearly having something of an off-day here, though. The official’s most egregious decision concerned the aforementioned Sanchez, whose full-on punch in the mush of Humberto Maschio went unpunished – Maschio suffered a broken nose. Italy lost this first round clash 2-0, and would fail to progress past the group stage; Chile would be knocked out by eventual winners Brazil. 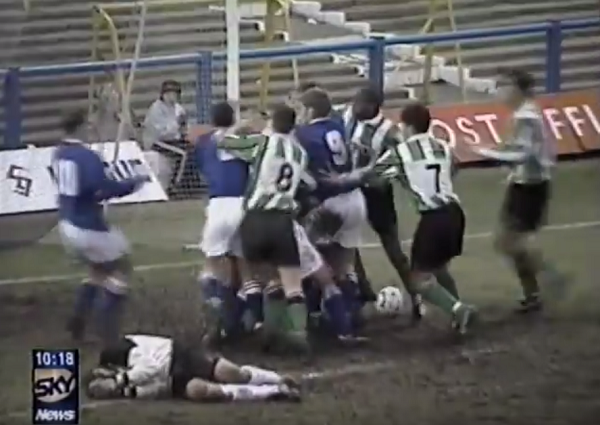 Not quite on the same level as the previous game when it comes to global recognition, this second division clash at Saltergate nonetheless makes the grade as a full-fledged brawl, with four players sent off in the 88th minute, Chesterfield’s Darren Carr and Kevin Davies furiously  departing the field along with Plymouth’s Tony James and Richard Logan.

It could have been worse, with every player on the pitch bar the goalkeepers involving themselves in the climactic aggro – though Argyle were a man down, having already had Ronnie Mauge dismissed for an eye-watering challenge on Chris Beaumont. All of which meant this game earned the dubious distinction of being the first in football league history to see five players sent off in one match.

Adding to the general sense of mayhem, a handful of Chesterfield fans invaded the pitch to join in as the players scuffled. The initial fight had been triggered after Carr elbowed goalkeeper Bruce Grobbelaar – perhaps hoping to avoid any controversy, after allegations of match-fixing had been levelled at the former Liverpool goalkeeper.

Referee Richard Poulain said of the affair: “It was quite frightening. The two number sixes were having a boxing match in the net and the two number eights were exchanging blows outside the area.”

If this one doesn’t match the all-out carnage of the previous game in our list of infamy, it does feature no fewer than four red cards – and that doesn’t even include one for Figo, who stayed on the field despite planting a choice headbutt on Mark Van Bommel.

That act should have incurred a direct red card, but instead Russian referee Valentin Ivanov opted to show a yellow – a rare moment of restraint for this official. In all, Ivanov made 16 bookings during this game; that equals a World Cup record, even if it’s not one to brag about.

Costinha was first to be given his marching orders for Portugal, sent off after picking up a first yellow for a foul, before earning a second with a deliberate handball. Next, Figo engineered Boulahrouz’s exit, the Portuguese clutching his leg in faux-agony, and seeing the Dutchman dismissed for his troubles.

Deco would be booked for a foul, then dismissed for a second yellow after foolishly refusing to give the ball back to the opposition, while the match concluded in fitting style, Van Bronckhorst shown his second yellow card of the evening after a niggling foul in the fourth minute.

Portugal edged the game a goal to nil, with each side finishing with nine men – though in all honesty, that was arguably as much the fault of a card-happy referee as the cynical Portuguese. 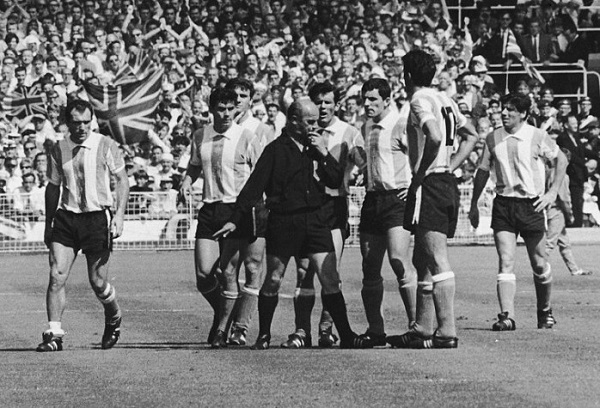 Most people (certainly most England fans) associate the 1966 World Cup with one match – and it’s not this one. But before some people were on the pitch, thinking it was all over, the Three Lions had to make it through the quarter-final against Argentina (er, and the semi-final against Portugal, which England won 2-1 – but we’re not here to talk about that).

A technically gifted side, for whatever reason Argentina chose to put more emphasis on the darker side of their game for this match. Argentinian captain Antonio Rattin was sent off in the 35th minute by German official Rudolf Kreitlein, not for a foul, but for ‘violence of the tongue’, which seems rather quaint now; small wonder Rattin was so enraged as he departed (six minutes after being told to do one, demanding an interpreter).

Prior to that dismissal, Rattin had fouled Hurst, and his continual attempts to influence the referee – despite the fact neither man could understand one another – was surely a factor in his eventual exit. Whatever, Argentina being reduced to 10 men seemed to have little effect on the side’s style of play – such was their behaviour, on and off the pitch, after the game the side were given the maximum allowable fine, and the threat of a permanent ban from the World Cup was mooted by Fifa’s officials.

Here’s what English right back George Cohen remembered about the team; “the snidey things, the spitting and pulling the short hairs on your neck, pulling your ear. They were trying to intimidate us.”

As for England manager Alf Ramsey, he was so incensed by his opponent’s behaviour, he prevented his players from changing shirts with the Argentinian players at the end of the game, later referring to them as ‘animals’. And you thought Diego Maradona had cornered the market in infuriating the English.