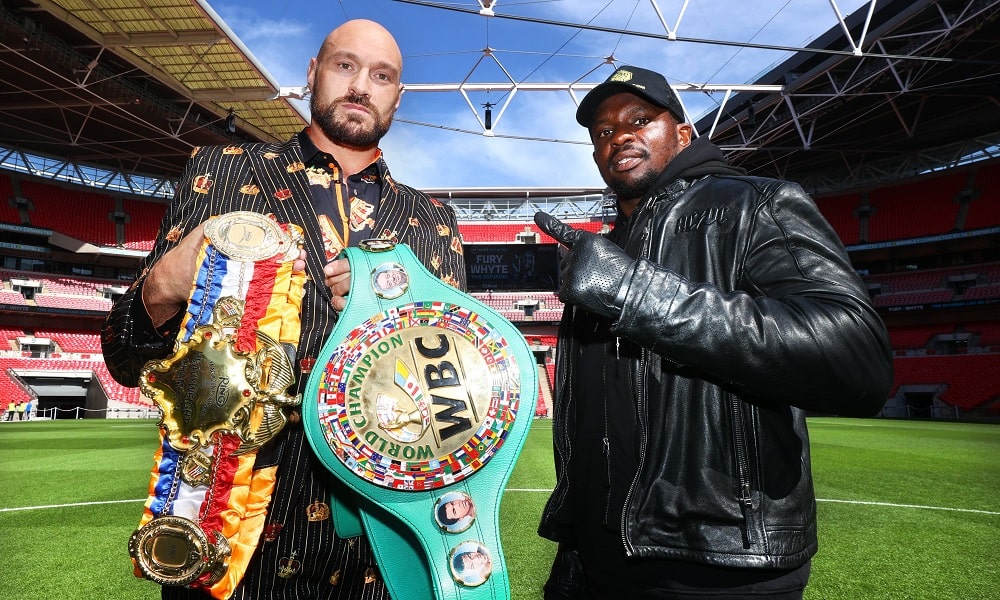 At around 10pm on Saturday night, the sporting world will stop and all eyes will turn to Wembley Stadium as Tyson Fury and Dillian Whyte do battle for the heavyweight championship of the world in front of around 94,000 fans.

Fury vs Whyte is sponsored by 32Red – for the latest fight odds, visit our sportsbook.

Generally regarded as the best heavyweight on the planet, unbeaten Fury (31-0-1, 22 KO’s) is the man for the biggest occasion. Time and time again he has proven that he has the temperament and ability to thrive on the biggest stages the sport can offer. He has shown that he can outbox world class opposition and also get down and dirty and grind out a win if the going gets tough. He has so far also proven impossible to keep on the canvas. Fury has transcended boxing and become one of the biggest stars in sport.

Whyte (28-2, 19 KO’s) finally gets his shot at the title. The Londoner is one of the most exciting heavyweights around and has never been shy about mixing with the division’s top contenders. He has heart, self belief and a massive left hook.

Both men can be hurt and both have shown that they have the resilience to come through a crisis and emerge triumphant. Given their combustible personalities, each man’s willingness to go to the depths in search of victory and the size of the prize on offer, we could be set for a true special night.

We decided to ask some of the leading figures in British boxing for their thoughts on the massive showdown.

“Fury wins, man. A masterclass. Can Whyte do it? Maybe by knockout only but I don’t think he will. Fury could stop Whyte though. People don’t understand how hard Fury hits. How big is he? 19 stone or something. Of course he can hit. He’s got devastating power. I just feel that to beat a Fury you’ve gotta be his size.” 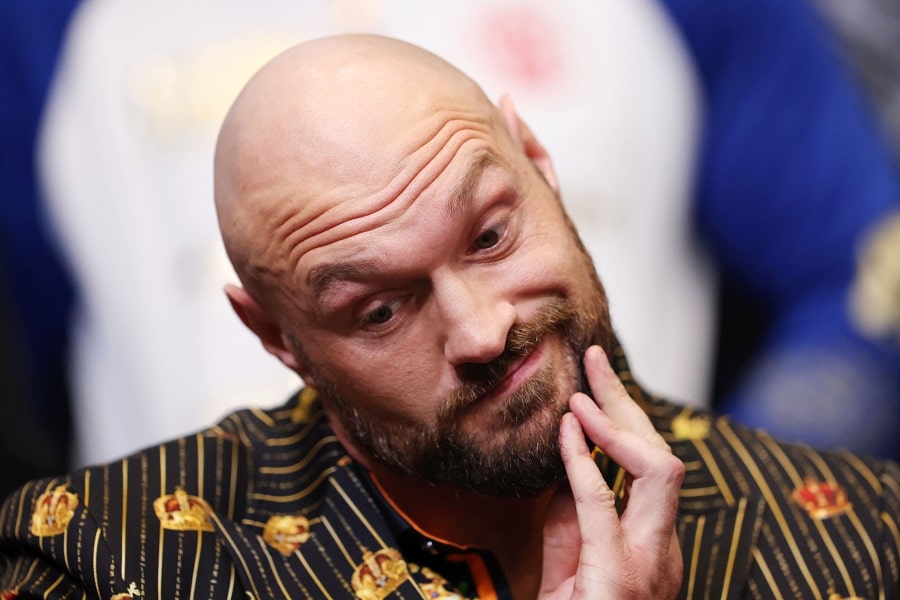 “As long as Fury has prepared right and trained right – and there is no doubt to think he hasn’t – I can’t see him losing. I don’t think it’ll be the savage war many are predicting. It’s just that Tyson has the better tools in his arsenal. I see him winning absolutely clearly on points and he might force a late stoppage.

“He’s just better in every department. There are things that Dillian does very well but Tyson’s just better. He has the edge in everything. As long as he’s prepared properly I think Fury wins as comfortably as he likes.”

“I think Tyson Fury wins. I think he probably wins on points. Dillian Whyte is tough. It depends how Fury comes out to be honest. If he comes out like he fought Wilder I think he can stop Whyte but I think Whyte will put up a good fight while it lasts. He’s a lot bigger and heavier than Wilder so physically he won’t be getting pushed around but he might not hit hard enough to stop Fury in his tracks.

“I think Fury is too good, too big and too slick. He can fight going backwards and forwards and he has more in his arsenal. I think he wins on points. I would say stoppage but Whyte is a tough guy.”

“It’s tough for me to call this one but I’m going for a knockout for Tyson Fury in round four. My reasoning is that I think the only chance Whyte has is by plodding forward and trying to get inside Fury’s jab and work the body. I think he’ll walk on to an uppercut. Tyson Fury in four.” 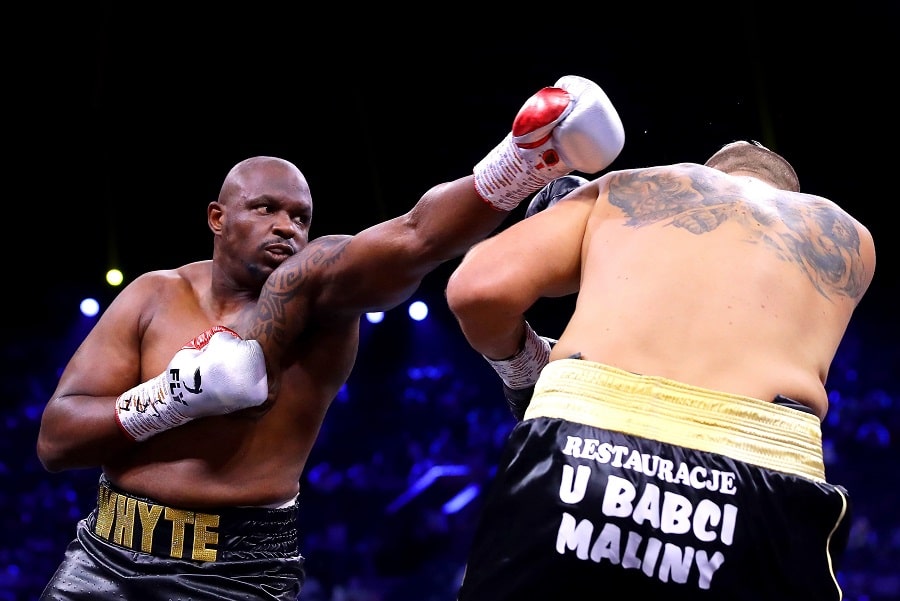 “I think Tyson Fury wins on points but he can always get caught. I don’t see it much differently than the Deontay Wilder fight.”

“I’ve gotta back Tyson but I think Whyte’s a very good fighter and a good puncher so he’s always got that chance of doing Tyson. I think Tyson’s too accomplished all round and too versatile so I pick him. Whyte has a great left hook and right hand – he can punch with both hands – but Tyson’s too fast, he’s too sharp and too big. Whyte’s a danger throughout though.

“As to whether he’ll stop him or win a decision, I think it all depends on what mood Tyson’s in. He’s capable of stopping him but I think it’s more than likely it’ll go to points.”

“I think Tyson Fury will beat Dillian Whyte. He’s boxed at the higher level. I’ve seen what he did with Deontay Wilder. He showed that he can take a shot and get up and his boxing ability, his confidence and his inner self – whatever he tells himself, he does. He’s got a great mindset – so I’m going with Fury for all those reasons.

“Nothing against Dillian Whyte, I just don’t think he’s got the same experience as Tyson Fury at that highest level. Will the pressure of the fight get to him? With Whyte, he’s got to just go for broke and throw everything at it with nothing to lose and everything to gain but I’m still going with Tyson.” 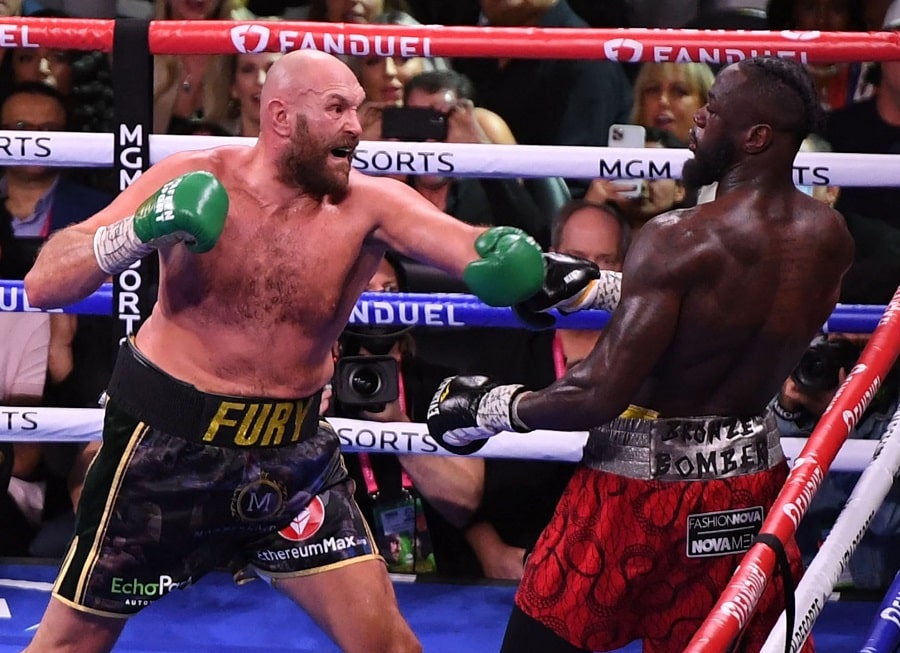 “I believe Tyson Fury will win comfortably – probably by points – but if Dillian Whyte puts too much energy into chasing him early on, he could even get him out of there late. In my opinion, Dillian Whyte’s only chance is if he catches him but that’s easier said than done. I just believe Tyson is on a different level to Whyte.

“It’s a great fight on a massive stage. We have two British fighters and Dillian has waited a long time for his opportunity and he’ll throw the kitchen sink at Tyson. I just believe Fury is the best heavyweight in the world and his skills will show on the night.”

“I believe Tyson wins inside the distance. I wouldn’t be surprised if he has to ship a big one or two and gets buzzed along the way but I think it’ll be a Tyson stoppage. It’s hard to look past him going off recent form isn’t it?”

“It’s heavyweight boxing and I guess everybody says this but one punch can change a fight. We’ve seen with Fury that one punch usually isn’t enough. It never has been. He’s been in with the biggest puncher in the division three times and been put down a few times and got up to really win the first fight and clearly wins the third.

“Whyte’s gotta put him down and keep him down. Whyte’s a good boxer, he’s got a long reach and he’ll give it 110%. But the fact that he does over commit with his combinations. That will get him into more trouble than it solves problems against somebody like Fury. The old Fury would have frustrated him and danced away and Whyte would have felt like he was having encouragement and maybe psychologically been able to last longer.

“I think this new Fury who blocks and counters, who walks you down with a solid jab and almost thinks he can take any punch you throw at him, is too much for Dillian Whyte. As much as Whyte deserves his chance I can’t see how he wins. Unless he knocks Fury out and as we’ve seen in the last few fights with Fury, that’s an almost impossible task.”

Continue Reading
You may also like...
Related Topics:featured, Fury vs Whyte predictions