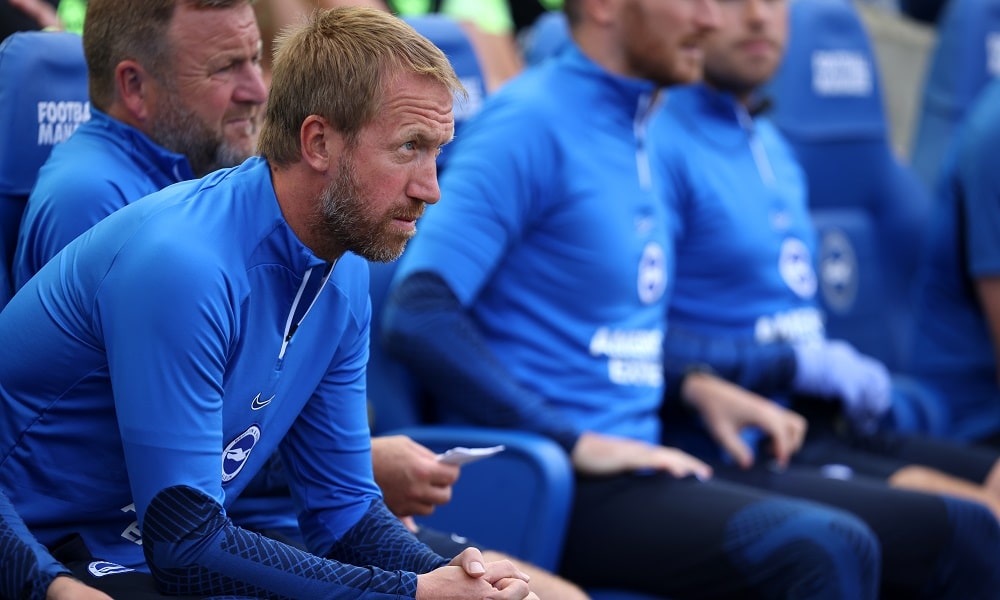 Brighton’s Graham Potter is the red-hot favourite to replace Thomas Tuchel at Chelsea.

The German coach was sacked following Chelsea’s shock defeat to Dinamo Zagreb in the Champions League on Tuesday night.

Potter is Evens for the Chelsea job

And Potter, who’s Brighton side currently sit fourth in the Premier League table, is currently evens to take the reins at Stamford Bridge as Chelsea’s next head coach. The West London club have approached Brighton for permission to talk to Potter.

Former Tottenham and Paris Saint-Germain coach Mauricio Pochettino is currently second in the betting at 5/2, while Brendan Rodgers is 6/1 to take the Chelsea job.

Leicester manager Rodgers has had a poor start to the season; the club are currently rock bottom of the Premier League table.

But the Ulsterman has previously impressed, guiding Leicester to fifth-place finishes in the Prem in the 2019-20 and 2020-21 seasons. Prior to that, Rodgers has enjoyed success with Celtic and Liverpool.

Contenders for the vacant position also include Zinedine Zidane; the enigmatic Frenchman is 7/1 to replace Tuchel. Other names linked with the role include Diego Simeone (20/1), Max Allegri (25/1) and even Marcelo Bielsa (also 25/1).

Chelsea have taken chances on less established coaches in the past

Chelsea have occasionally made some leftfield managerial appointments over the years. At the end of Jose Mourinho’s first stint with the club, the Portuguese was unceremoniously dumped – and replaced by Avram Grant.

Chelsea have also taken a chance on less established coaches like Andre Villas-Boas and Frank Lampard in the past.

Still, Potter would no doubt prove a popular choice with the Chelsea support – and the team as well, potentially. Co-owner Todd Boehly reportedly moved to replace Tuchel after learning that senior players were unhappy with the German coach’s tactics in recent matches.

Since his arrival at Brighton in 2019, Potter has overseen gradual improvement, with the Seagulls finishing ninth in the Prem last season – their best ever top-flight finish.

The south coast side have started the new season strongly, beating Man Utd 2-1 at Old Trafford in their opening fixture. In their most recent outing, Brighton beat Leicester 5-2 at the weekend.