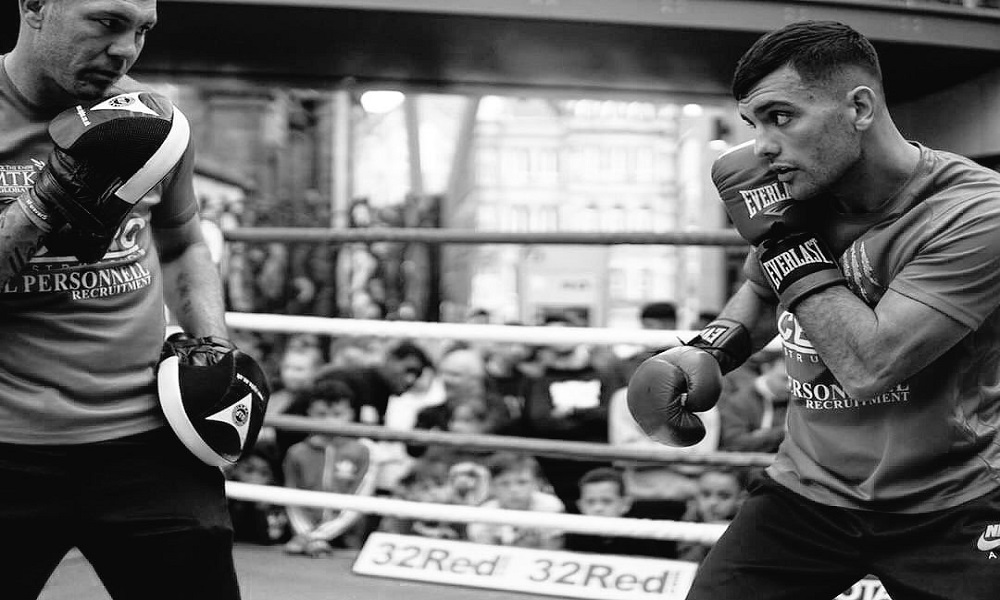 I know I’m close to a title shot. I’m in a good position but these things take time. Hopefully I’ll get to know more in the coming weeks.

I’ve been up near the top of the WBO rankings for a while now. We know that Maurice Hooker recently defended his title against Mikkel LesPierre; I’m number one with the WBO and my understanding is that he’s got to face me next.

When and where that fight will take place, I’m not entirely sure yet. Since the new year I’ve been working towards fighting in April so I’m still focused on that but then we’ll see what happens. There were talks of him fighting Jorge Linares but that didn’t happen and there is nobody else for him to unify the titles with at the moment. I’m his mandatory so he’s got no other options really after this fight.

I’d never really seen much of Hooker before last year but every respect to him. He came over here and beat a former world champion in Terry Flanagan to win the title and he went away from home again and beat Alex Saucedo in his first defence. His confidence must be sky high after those wins and he looks to be going from strength to strength but I see things that I know I do better than him and I believe I can beat him. I just believe that when the fight’s made I’ll be ready to take the title off him.

From what I’ve seen Hooker’s a sound boxer. Everybody says that he has this long reach but I’ve been up against that many a time. I’ve fought Tyrone Nurse, Nathan Brough and Tyrone McKenna. Even Ohara Davies. They’ve all been taller, rangy guys but I believe my style also causes them a lot of problems.

I turned pro at 19 and I’m only 25 now. It’s a marathon not a sprint and I believe I’ve gone about things in the right way and done it to the best of my ability. Looking back, I’ve had the right fights at the right stages. There have been times when I thought better fights might have been made but overall it’s all brought me to this point.

Don’t get me wrong, I’d have wanted to fight for this title 18 months ago but, with hindsight, with every day that goes by I’m more ready for it and when I do pick up that title it’s about winning and defending it. I want to be ready to take on the other top fighters in my division. Once the World Boxing Super Series tournament ends there are going to be lots of big fighters available and I want to be ready.

All I can do is remain patient, remain disciplined and know that when that tournament ends, I’ll hopefully have my own world title and be ready to mix it with everybody else.

I was never on the GB squad. I had to earn my stripes. When I went to sign with Frank Warren, I wasn’t offered a deal, I had to beg for one. At the time he had Bradley Saunders, Nathan Brough and Tom Stalker. Frank asked me why he should sign me and I told him I wanted to test myself against his fighters. I did that not long after signing with him.

As I said, I’m only 25. I’ve looked after myself and trained well. I’ve never overkilled it and I know I’ve got a long time left in the sport. I think it’ll probably be another couple of years before I reach my peak. When I get that title, I want to sit on it and defend it. I want to fight in America and be involved in big unification fights. I do study other peoples careers. I’ve been a pro for six years now and picked up some nice titles along the way but there are fighters that have won world titles after fighting for 10 years. I know that I’m in a good position.