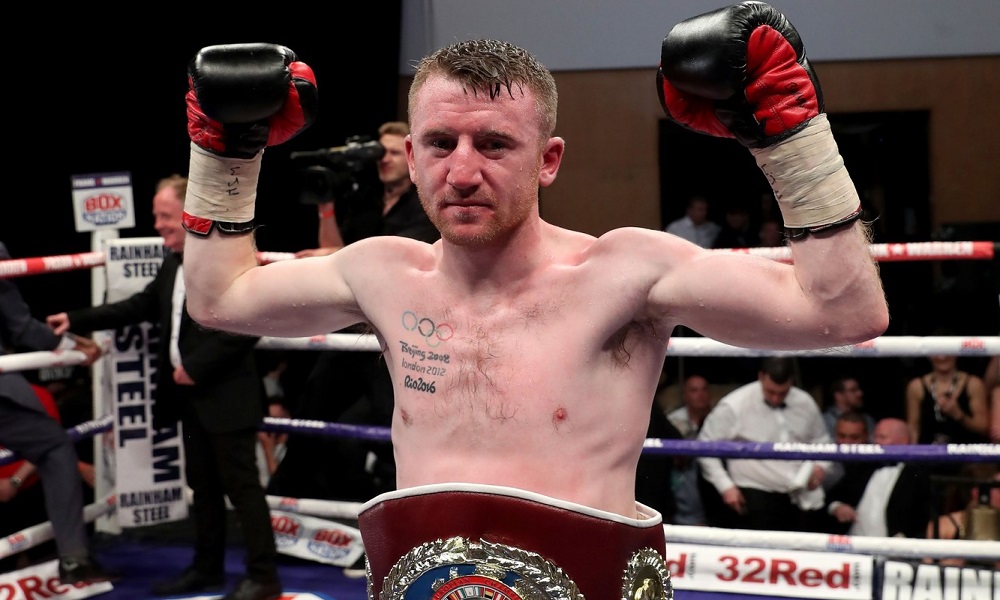 I’ve got big ambitions for this year and it all starts in New York on March 17th. What an opportunity for me.

I’ve been over for Mick Conlan’s last two fights on St Patrick’s Day and I went over to watch him fight there in December 2017 when Vasyl Lomachenko fought Guillermo Rigondeaux, too. Madison Square Garden is a brilliant arena and now it’s my turn. I’m really looking forward to fighting there.

Before I turned pro I remember speaking to my wife and a few friends and saying imagine fighting at Madison Square Garden as a leprechaun on St Patrick’s Day? Imagine doing your ring walk dressed as a leprechaun throwing gold to the fans. I think it’d be brilliant. Maybe I’ll finally get to do it. I’ll see what happens. I’ll definitely do something though.

It isn’t going to be a case of turning up, beating an easy opponent and enjoying St Patrick’s Day in New York. I’m an all action fighter and the guy I’m fighting – Oscar Mojica – is all action too so I’m gonna be made to work. It’s going to be exciting. I’ve looked at him and it’s definitely going to be one of the hardest fights I’ve ever had.

Apart from Cristofer Rosales he’s definitely my toughest opponent. His record might be 11-5-1 but he’s fought some good people. He’s fought for bantamweight titles and he fought a good guy called Antonio Nieves who got stopped by the brilliant Naoya Inoue. Mojica has fought plenty of good opponents to points and his last opponent was 11-0 and he got a draw. He’s definitely going to come to win. It’s a very good opponent for me.

In my head I was thinking of an opponent who wasn’t going to cause too many problems. I only had one fight last year and it lasted four rounds so there could be a bit of rust there I suppose. This chance got offered to me though and I’m confident in my own ability and I know I train hard.

With this kind of challenge in front of me too, I’ll be flying. I think the fans are going to be in for a real treat. It’s something I’m excited about and I can’t wait to get stuck in.

I knew Charlie Edwards would beat Rosales for the WBC title. I’ve obviously boxed Rosales myself and there were points in the fight where I was boxing on the back foot and Rosales was missing. That’s not my game at all, my game is front foot fighting. All Charlie does is box and he’s very good at it so I knew it’d be a tough fight for Rosales and that on away soil he’d have a lot to do.

It just made me more confident that at the highest level, a lot depends on which champion you face. Rosales was made for Charlie and I believe that the IBF champion – Moruti Mthalane – is made for me so at the moment I would probably pursue him instead of anybody else but if and when I get the IBF title I’ll straight away be looking to unify with Charlie Edwards.

Charlie is a good fighter – I’m not for one minute saying that he’s bad – but I just think that I’m better than him and that I would beat him. He obviously thinks differently.

Until I get a title myself I don’t think Charlie will fight me. Even though he might go on to fight people who are big names in the division, nobody will know anybody he’s going to be fighting. Nobody knows anybody else in the division.

Even if I don’t have a belt I still have a name so if he wants the higher profile he needs to fight me. There’s not a chance Charlie will move up to super flyweight to fight Srisaket Sor Rungvisai. I’ve also seen him calling out Kal Yafai but Kal would absolutely destroy him so that’s a fight he wants to stay away from too.

First things first though and I have to win in March. I’m only looking past this fight as far as the morning after. I was over in New York in January and I went to a place called Ellen’s Stardust Diner and I’ll be going there straight away on the morning after the fight.

The waitresses go around singing show tunes from 7am until the place closes. They’re in there at 6am warming up! It’s unbelievable.

32Red ambassador Paddy Barnes fights Oscar Mojica on the 17th of March. To see all our latest boxing markets, check out 32Red Sport here. If you’re up for a flutter on table games or the slots, be sure to check out our award-winning casino too!