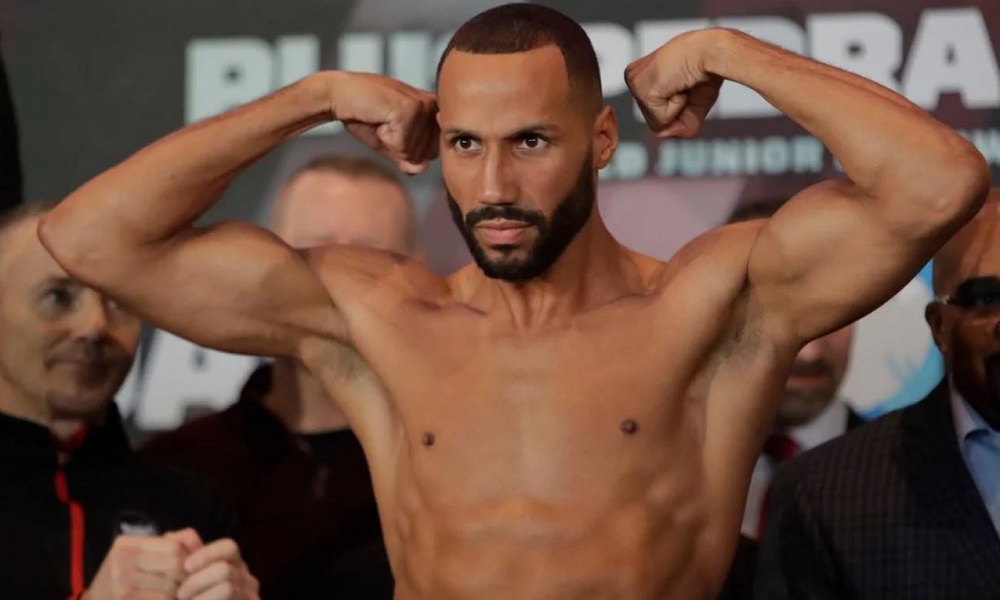 Nowadays, it seems a fighter need only have fought in a neighbouring county for the term ‘Homecoming’ to be printed all over the promotional posters advertising their next fight in their hometown but for James DeGale, Saturday night will mark the end of a prolonged period of globetrotting. It is over three years since DeGale fought in Britain. Since then he has won and defended the IBF super middleweight title against hard men in hard distance fights across the Atlantic. This weekend he returns to London, to the Copper Box, to defend his belt against American challenger Caleb Truax and he can’t wait to show the fans what they have been missing.

“I’m most looking forward to getting in there and reminding people just what I can do,” DeGale (23-1-1, 14 KO’s) told 32Red. “If I’m being honest though, people never forget the number one. I’m recognised as the best super middleweight in the world and my record proves it but it’s been very frustrating since the Badou Jack fight. I got to keep my title with a draw but I should be beating Badou Jack well. I know if I’m fully fit and healthy I’m very hard to beat.

“I’m taking it back. I’m rewinding to the James DeGale of three years ago when I was beating the likes of Andre Dirrell, Brandon Gonzalez and Marco Antonio Periban.”

For the first time in a long time, DeGale, 31, has been able to concentrate fully on the fight and revert to comfortable routines. Rather than heading back to nondescript hotels after his final workouts and press events, he has been able to to return home to familiar surroundings and even more importantly, he has been able to relax without the catalogue of aches and pains which have plagued him over the past few years. His trainer, Jim McDonnell, has long insisted that despite his fighter being recognised as the best super middleweight on the planet, boxing fans have been deprived of seeing just how good ‘Chunky’ is due to long-standing knee and shoulder injuries but now, DeGale is fully fit and raring to go.

“I feel fantastic. I was injured for around a year and a half to two years but my shoulder is all fixed now,” he said. “Training camp has been so much more enjoyable because I can train without worrying about getting into the fight and having to box with one arm. I’m happy.

“I had a bad knee, I had two groin operations and I had a nose operation. I’ve been through the wars. The last time I could throw my right hand well was when I boxed Lucien Bute [in November 2015] but I still had a little niggle then.

“I’m a right-handed southpaw too so everything comes from my front hand. In the Badou Jack fight I threw seven jabs. Seven. That must be a world record.

“I’ve altered my training a bit. I used to run a half-marathon every other Sunday but that just wears you down. I used to spar a couple of times a week, doing back to back twelve rounders. I’ve altered that a bit and started working with a strength and conditioning coach for the past year and a half.”

It is nine years since DeGale rose to prominence by winning an Olympic gold medal in Beijing. Having started out on the the perfectly prepared route to a world title that Olympic champions generally follow, DeGale eventually reached the summit of the sport by taking the difficult path. There has always been a golden touch and glossy finish to his work but DeGale is proud of the way he has proven his inner steel.

“I probably don’t get the credit I deserve. Look at Andre Dirrell. He’s a good boxer who comes from good pedigree. He’s a quality operator. To go to America and beat him the way I did made me proud.

“I’m very pleased with my career so far. Brandon Gonzalez was an unbeaten quality operator and people had high hopes for him. I put everything on the line and risked my mandatory slot against Periban who is a decent fighter. I went to Canada and beat Bute who had defended a world title nine times and that was probably one of my best performances.

“That’s when the injury started. It’s time to get back to those days.”

Truax has fallen short at the highest level – losing to Danny Jacobs, Anthony Dirrell and Jermaine Taylor – and although he is good enough to make things difficult and ugly if DeGale struggles to find his rhythm, the Minnesotan is in London as the ‘B’ side of the promotion. The focus is on DeGale and with his rivals on a thriving British super middleweight scene all having major fights lined up, he is determined to shine.

“I’m looking forward to people seeing what I can really do. You lot are going to get a shock on Saturday night. People will probably say: ‘Ah, Truax ain’t that good’ but he’s ranked in the top 15 and been in with some good fighters. You will see in a couple of weeks that the performances really have been down to the shoulder. I’ve been fighting handicapped.

“I’ve got to put in a performance. I’ve got to. I’m due a dominant stand out performance and that’s exactly what I’m gonna do.”

James fights on Saturday night – to see our latest boxing markets, check out 32Red Sport here. If you’re up for a flutter on table games or the slots, be sure to check out our award-winning casino too!

Lee Selby interview: I’m not scared of challenging the best
Carl Frampton exclusive: I believe I’ve got another world title in me