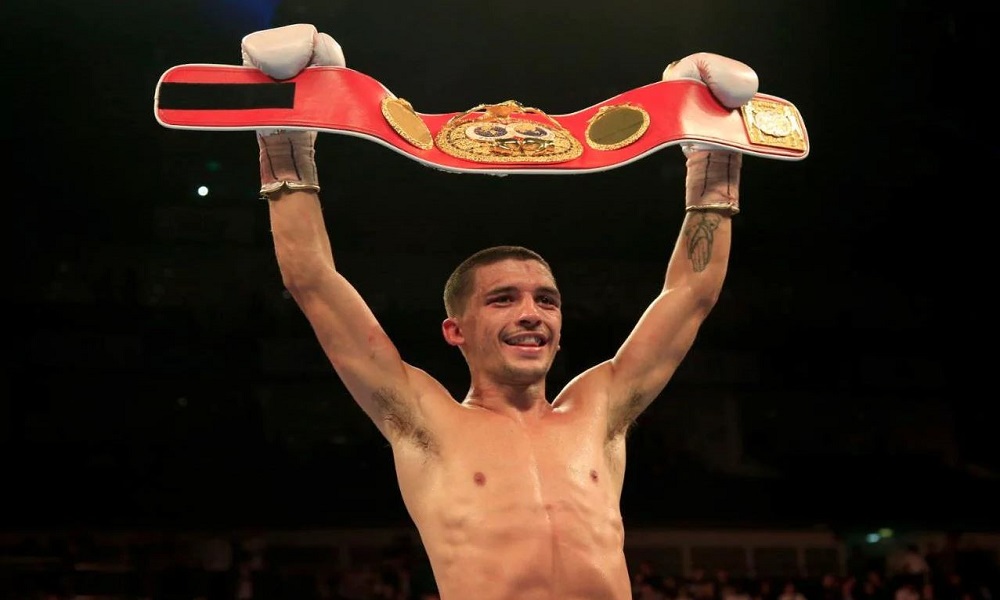 Lee Selby interview: I’m not scared of challenging the best

Whilst most of us have been digging out our winter coats and scraping ice from our car windscreens over the last few weeks, Lee Selby has been enjoying the warmth of Fuerteventura. The Welshman wasn’t in the Canary Islands to soak up the sun however, the trip was strictly business. The IBF featherweight champion defends his title against unbeaten Mexican Eduardo Ramirez this weekend and, with some massive events pencilled in for 2018 should he win, the 30-year-old has left no stone unturned during preparation.

“We go over to Fuerteventura to break up the training camp a bit. It’s a good place to be, it’s nice and warm and we took two southpaw sparring partners out there with us – Jazza Dickens and Ryan Wheeler – and it went well,” Selby (25-1, 9KO’s) told 32Red.

“The last time I fought a southpaw was when I boxed Rendall Munroe and won the European title back in 2014. I don’t really find it any different to boxing an orthodox fighter really. It isn’t usually as straightforward as two orthodox fighters but I truly believe that if you’re good enough you can beat anybody, whatever their style or stance is.

“I’ve got a bit of a different style myself. I show plenty of angles and I’m constantly on the move so I should be causing plenty more difficulties for him than he is for me.

“This will be my third fight this year and it’s been perfect for me. I want three fights next year too and hopefully it’ll stay like that for the rest of my career.”

Ramirez will be another good addition to the solid list of defences Selby has compiled since taking the IBF title from the previously unbeaten Evgeny Gradovich in 2015, but there have been more words written about potential future fights than there have been about his exploits in the ring. Beating names like Fernando Montiel, Eric Hunter and Jonathan Barros may earn respect within the sport but Selby has begun to realise that he needs mooted stadium fights with popular domestic rivals like Josh Warrington and Carl Frampton if he is to earn widespread approval from British fight fans.

“That’s exactly what it’s going to take,” he said. “I just haven’t had the chance to fight against a standout, marquee opponent. When the time comes, that’s when people are going to really sit up and take notice of me.

“None of that has been down to anything on my behalf. I’m always ready and willing for the big fights. I’m not scared of challenging the best and if I do come up short so be it. I want to challenge the best: win, lose or draw.

“Now, as long as I come through December 9th, 2018 should end up being my standout year. Josh Warrington is lined up as my mandatory challenger. I’ll beat him and then I can move on to the likes of Carl Frampton. After I beat him I’ll move on to a big unification fight towards the end of the year.”

With such a big 2018 stretching out ahead of him, it is almost impossible not to join the masses and once again ask Selby to look past this weekend’s task and cast an eye towards the future. Luckily, he is far more focused than his interviewer and has his attention solely directed on Saturday’s events at the Copperbox. There is, however, an undeniable sense of excitement in his voice when he allows himself to wonder what next year might bring.

“I have to win on Saturday but potentially I have two stadium fights in my future and they will be two massive shows. I absolutely love fighting in my opponent’s backyard. I boxed on the same card as Frampton in Belfast when I defended my British and Commonwealth titles against their own Martin Lyndsay. They booed me into the ring and after I boxed and won they gave me a standing ovation. They know their boxing. I went up to Leeds to work on a Warrington fight and the same happened there. They were all booing me, swearing at me and throwing pints of beer but it doesn’t bother me. Not even in the slightest.”

Lee fights on Saturday night – to see our latest boxing markets, check out 32Red Sport here. If you’re up for a flutter on table games or the slots, be sure to check out our award-winning casino too!