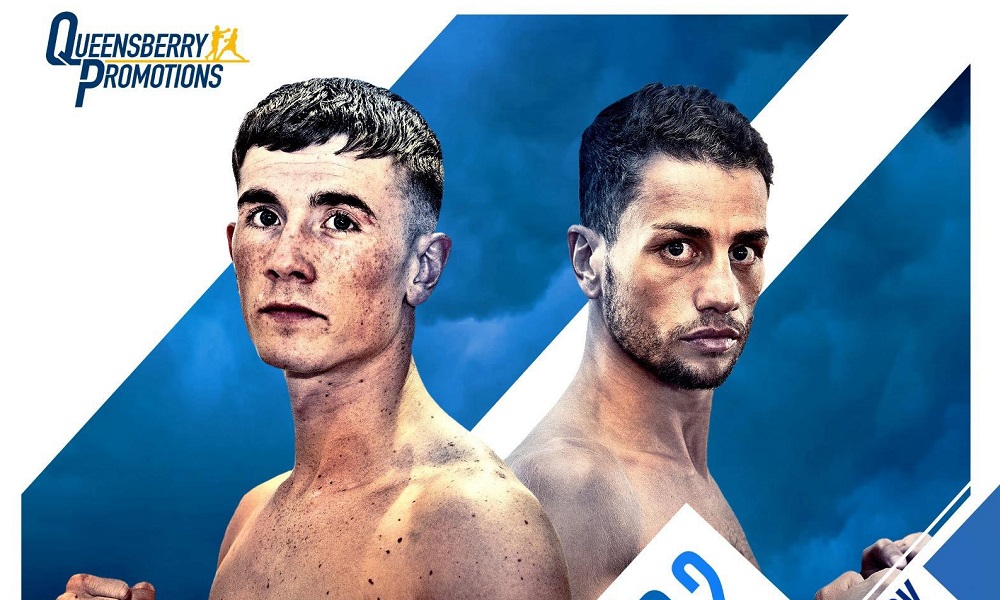 Lucien Reid exclusive: All I want to do is fight

Fans, promoters and – most importantly – the boxers themselves. Everybody benefits from a good, old fashioned rivalry. Especially those who ply their trade in Britain’s lower weight classes where the fighters have to fight that little bit harder for recognition and notoriety.

On Saturday night at London’s York Hall, Lucien Reid (8-0, 4 KO’s) gets a second crack at Brad Foster’s British super bantamweight title after their first meeting ended in a controversial draw and whilst the rivalry the pair have developed is based on competitiveness rather than bad blood, they are reaping the rewards that a touch of friction can create. For all the latest fight odds, visit our sportsbook.

“It certainly means that more people will wanna watch it,” Reid told 32Red. “I’m not gonna say I don’t like Brad because he’s a nice fella but he knows that I won that first fight. He knows it and everybody knows it. I’ve seen him talk in interviews and he won’t admit it but when I see him I’m going to remind him of it. In the press conference before the last fight I told him exactly what I was going to do and I did it. I’m going to do it all over again.

“The draw [in the first fight] also means that I get another fight and all I wanna do is fight. Whenever I fight I like to go on holiday afterwards and I try to make sure my little boy is well looked after and has money. Every fight helps.”

Of course, to really capture the public’s imagination a rivalry needs to be competitive. Although Conor McGregor and Floyd Mayweather proved to be the exception to the rule, generally all of the trash talking in the world won’t make the masses tune in for a one sided beatdown. Luckily, this weekend’s rematch seems certain to be as hard fought and intriguing as the first encounter. Reid’s slick skills – honed during a spell at the Team GB headquarters – meshed perfectly with the grit, desire and under-appreciated boxing ability that Foster picked up during a successful spell in kickboxing. Despite believing he was a clear winner last time, Reid is now fully aware of the danger Foster carries and has prepared accordingly.

“Oh, the respect has grown. He was a lot better than I expected,” the 26 year old Londoner said. “That’s why this camp I’ve changed absolutely everything and trained a lot harder. His movement and his punch variety were good and I think he was one of the best fighters I’ve been in the ring with, either as an amateur or a pro.

“I’ve been watching a few of Brad’s fights. He isn’t really all about aggression. If you watch him carefully he’s actually a boxer. He don’t mind having a fight if he really has to but I think he prefers not to because I don’t think his fitness is the best. These big strong kick boxers are usually aggressive fighters but Brad can box.”

The fight with Foster was only Reid’s 10th professional appearance and no matter how many rounds they have sparred or how many many miles they have run, no fighter can be 100% sure that they have what it takes to compete at championship level or negotiate the 12 round distance until they have actually done it.

“That’s the main thing. I know I can do 12 rounds now,” Reid said. “I did 12 rounds in sparring just the other day with young Dennis McCann – who’s just unbelievable – and another fighter. My fitness was better in that sparring than it was during the actual fight. I’ve still got two weeks left to go too. I honestly can’t wait.

The drawn first fight may have added an unwanted five month detour to Reid’s plans but should he make up for lost time and collect the British title this weekend, he will be looking for every possible shortcut to the top of the sport. Reid isn’t planning a long, drawn out career and is determined to get in and out with as many prizes and as much money as possible. Don’t expect to see him trading in his name at your local leisure centre or chasing glory and a few extra pounds as a battle worn veteran.

“I’m praying not to end up there. That’s the one thing I really don’t want,” he said. “I want to win this fight and move on as quickly as possible. I’ve always said to my little boy that I want to get out by the time I’m 30. I don’t want to be one of these old punch drunk fighters who can’t speak to his son properly. I need to get moving as quickly as possible. I want to move on to the European title and then move on again.”

Daniel Dubois exclusive on Joe Joyce: I can’t wait to take his head off
Dennis McCann exclusive: I do try to take people’s heads off