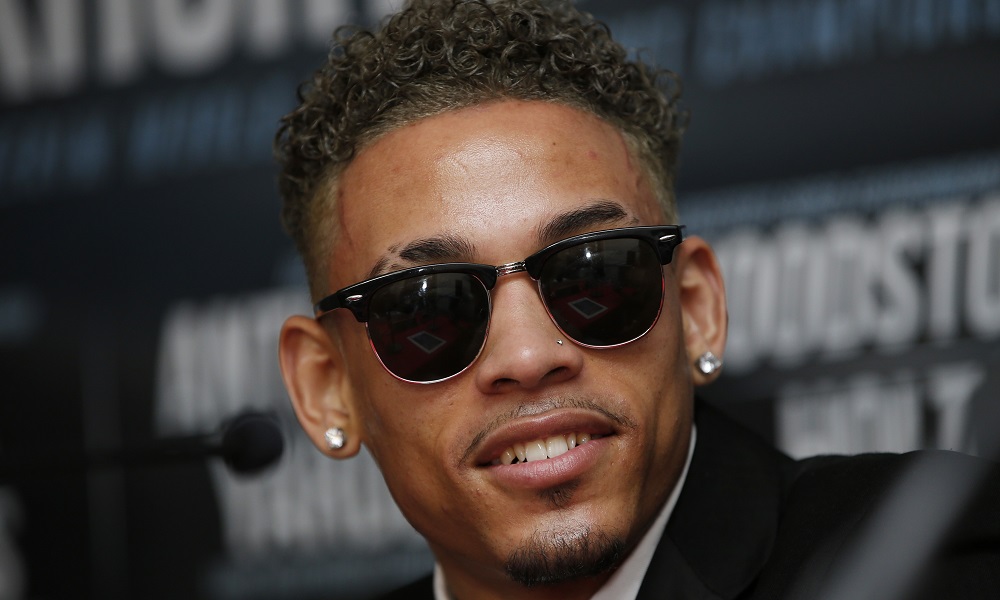 Ahead of his encounter with Norbert Kalucza on Saturday, Lyon Woodstock speaks exclusively to 32Red – and the Midlands Super Featherweight champion made for chatty, confident and compelling company.

I love fighting but I think it’s because of how my life has gone. I’ve lost count of how many fights I’ve had out there on the street so fighting in the ring with big padded pillows on my hands and a referee there, well, that ain’t nerve-wracking at all. I’m used to the atmosphere of getting involved in bust ups and it’s a lot more dangerous out there and a lot more things can go wrong. In the ring, you’ve got a referee and all these rules. It’s never got me nervous. If anything, I get a massive boost of excitement just before I go on at the thought of being on the big stage. I’m just really cool about it.

I’ve said this from the beginning; I ain’t here for no amount of fame or money. I get a massive rush of excitement from the very thought of having a legacy and glory. I want to be thought of as a true warrior and a true champion. Obviously, the money side of it and earning a keep goes hand-in-hand with it but that’s just about looking after my daughter and myself and my family. Anything else is superficial to me. It doesn’t govern me as a person.

I want to be spoken about in the same breath as Muhammad Ali, Mike Tyson, Sugar Ray Leonard, Sugar Ray Robinson. Great fighters like that. That’s my main goal. For me to obtain that, I can’t be saying that I won’t fight this guy until that time. What is that? That ain’t a true warrior. I ain’t afraid to lose. I ain’t afraid to get an ‘L’. Is it really a loss? What did I really lose? Did I lose my eye? Did I lose an arm? Did I lose a family member? No.

If it makes me bigger and improves me as a person and helps me grow through the next chapter of my life, then how is that a loss? I’ve gained from it.

I have no qualms about fighting anybody. I’ll be ready but at the moment it all comes down to my management. I’ll fight anybody but that’s their job right now and I don’t really have much of a say. When I do, trust me, there’s a lot of people that will be getting the call.

I’m not the type of person to beat around the bush. I’ll clown but when it’s time to get serious, I’m serious. Don’t disrespect me. Everybody in Beaumont Leys where I live knows not to do that because they know what will happen. I ain’t playing around like that. If you want to build a fight up, we’ll do it properly. We won’t make ourselves look ridiculous. I’ve got a lot more class than that and I have morals. One day, I want my daughter to be able to grow up and read these things that I’m saying or watch my interviews and I don’t want her watching me calling other men names. That’s embarrassing.

This is a weird way to describe it but let me put it like this. I love playing games. Games are my thing. I’m an animated person when I’m playing games. There’s this game called Soul Calibur. You can make your own character and as you go through, different classes can only use certain types of weapon. Eventually, when you go right through the game, you unlock somebody called ‘The Master’. This guy can do absolutely everything. That’s who I aim to be. I wanna be that kind of end of level boss. I don’t wanna be good at doing one kind of thing. I don’t wanna be one dimensional. Just me as a person, I can’t do that. That goes against everything that I am. I can’t do that. I need to be very good at everything in every area. I want to be able to box you, then fight you, then I’ll counterpunch you. Nobody will know what I’m doing.

I can take the criticism now. People might say that I get caught too many times but if I don’t try new things live and on the job, I’m not gonna learn. Watch when I do. You guys will see something different. I ain’t here to be one of these one-hit wonders. I ain’t here to just get by or almost get there.

I feel that some of our fighters get to a certain level and then kind of start fading away. I don’t wanna do that. I wanna break that to bits. I wanna smash right through and go straight to the top.”

Lyon fights on Saturday night – to see our latest boxing markets, check out 32Red Sport here. If you’re up for a flutter on table games or the slots, be sure to check out our award-winning casino too!