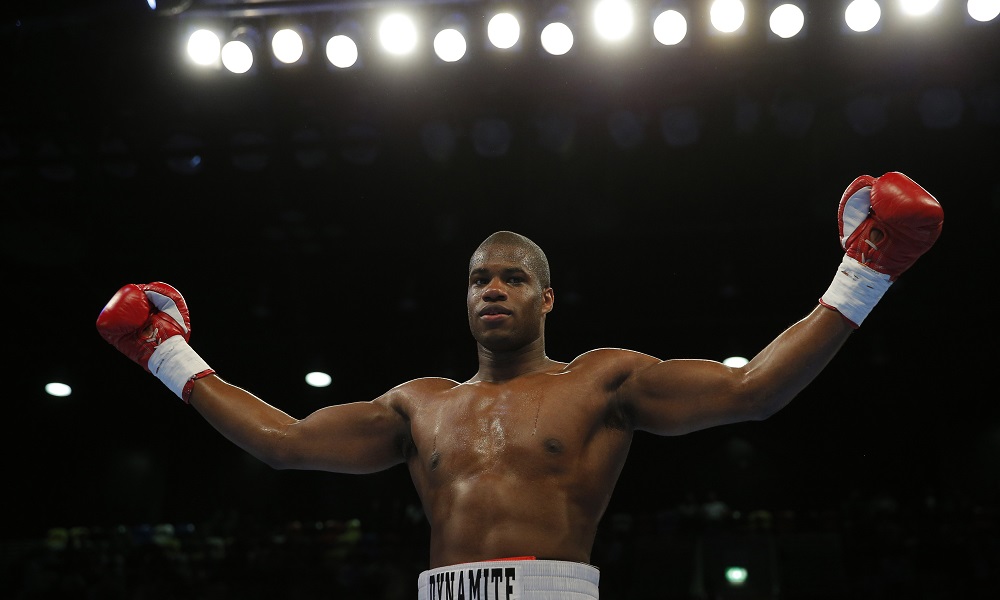 Ahead of his bout at the Copper Box with Julian Fernandez on Saturday, Daniel Dubois gave us this exclusive interview – and tells us how he was destined for the fight game from a young age.

It feels great to be able to do what I’ve always dreamt of doing because I’ve dedicated my life to boxing and now it’s paying off. I’ve been putting in the work since I was young and it’s been a straight journey and I’ve stuck to the path.

It was always going to be doing this, right from the day my dad bought me to the gym when I was about four years old. When I was eleven years old I started competing and I was always going to be a boxer from that point on. I still remember my first bout. It was against a kid from Walcot Amateur Boxing Club and I stopped him in the second round. It felt amazing. It was a real buzz and I really enjoyed it.

I don’t pinch myself when I think how far I have come. It’s all down to hard work and consistency. You have to stick to it and train for any possible situation and I have to make sure that I’m ready whenever I’m called to do the job.

Sooner or later, people will start saying that I need to get rounds under my belt but I just want to get rid of them all to be honest. I’ll get my rounds in in the gym during training with plenty of sparring and bag work. I do numerous rounds in the gym so that I can get the fights over as soon as possible. The work in the gym is definitely needed. We leave no stone unturned and nothing can be overlooked in this game.

I only heard about the rule which says that you have to be 21 years old to box for the British title when Frank Warren recently informed me about it. He said that he’s looking into it more and is hoping to get it overturned. I just stay concentrated on my boxing and stay focused on my game but it would be frustrating if I wasn’t able to box for the title [due to my age]. The Lonsdale belt is a very prestigious title and a really good title to win. It sets you up for bigger and better things.

I have been pleased with how the fans have reacted to me so far. It isn’t really something that I think about too much but it has definitely been good to see. It has been a real positive.

The last show at the Copper Box Arena was brilliant. It was just a great night. There was a great electricity in the crowd and everybody was buzzing. It was a really good show. There were some good fighters on the card and then we had Floyd Mayweather’s fighter Gervonta Davis topping the bill against Liam Walsh and bringing all the glamour and everything with him. It was a great bill.

I would love the Copper Box to become something of a home and a fortress for me. I think that is most definitely possible and achievable. Over the next few months and years, I want to make it become a reality.

Daniel fights on Saturday night – to see our latest boxing markets, check out 32Red Sport here. If you’re up for a flutter on table games or the slots, be sure to check out our award-winning casino too!