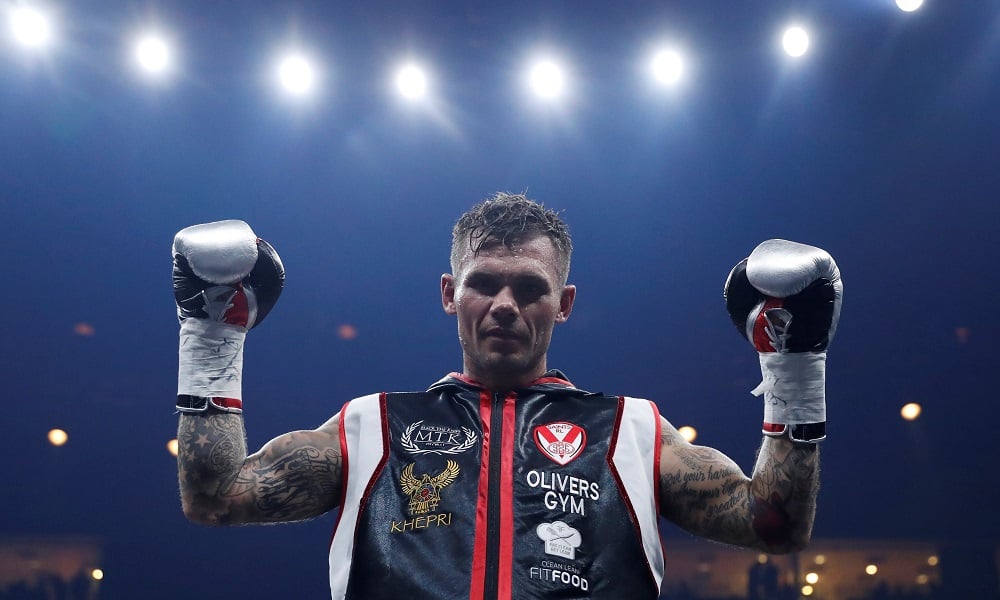 Martin Murray exclusive, part 1: I’ve got to win for my legacy

It’s a long way from Fingerpost to Nepal.

Later this year, Martin Murray will make that very journey when he takes part in a charity trek to Everest Base camp.

Murray will end the arduous slog high in the beautiful Nepalese mountains within striking distance of the world’s highest mountain, but its iconic peak will remain elusive, the famous crest disappearing away into the clouds. It is a position the 35-year-old Murray is all too familiar with. Four times, he has had to stand and watch a world title belt get wrapped around his opponent’s waist. On June 23rd, he challenges Billy Joe Saunders in his fifth – and final – attempt at reaching the summit of the sport. See our latest boxing odds here.

“I’m an ambassador for the Steve Prescott foundation [a fund raising organisation which raises money for cancer and rugby league benevolent charities],” Murray (36-4-1, 17 KO’s) told 32Red. “They’ve been to Kilimanjaro and Everest in recent years and I’ve always wanted to do it. I’ve been for meetings and tried getting on but it’s just never fitted in. This time, I’ve decided to just do it. I can’t sit around forever. It’s a once in a lifetime thing and I’ve decided to just go for it.”

Murray is carrying the same positive attitude into his fight with Saunders. In the past, he has always played the long game, realising that one opportunity would lead into another significant fight should he acquit himself well enough. Now, there is more urgency to his tone than ever before. There is a realisation that his time in the sport is short and a determination to leave with something more tangible than a few backslaps and the dubious honour of becoming the answer to a teaser about failed world title attempts on A Question of Sport.

“If I go in there – Billy Joe won’t do what he did to David Lemieux to me. I’m a much more intelligent and versatile boxer than Lemieux – but if he boxes my head off and completely makes me look stupid then it will literally be because he is that good and there’s nothing I can do about that. I can only do what I can and I know that’s giving it everything I’ve got. I’m feeling good. It’s my last shot and it’s at home. From my perspective, everything is in a good place.

“It is the last one and it’s definitely dawned on me. I feel lucky that I’ve got this opportunity but I’ve only got this chance because I was hard done by in my other opportunities. I’ve put good accounts up of myself.”

As well as his role with the Steve Prescott Foundation, Murray is kept constantly busy in his role as agent for the one and only Mad Benny [check Murray’s social media feeds if you are somehow unaware of the owner of the world’s most famous mobility scooter]. Boxers are constantly fighting a losing battle against Father Time but experience does provide certain benefits. At 35, Murray knows his body and mind better than anybody else and he has learned to treat the extra curricular activities as diversions rather than distractions.

“I can’t complain and it’s better being busy than not. It does help to be honest. It’s just what I do in my day to day life. I’ve done it all. I’ve sat about at home and thought about fights constantly. I’ve sat and watched DVD after DVD and studied opponents. I’ve tried everything and I’ve just come to think that the more you can keep things normal day to day, the better. The time will come – especially when the diet kicks in – when I do just wanna come home and stay put but at the minute I feel like I wanna do all these things. I’m not gonna go home and not do anything just because I think it’s the right thing to do. If I don’t wanna do it, I’m not gonna do it.

“When it’s work time I get in the gym and graft as good as anybody out there. I’ve always been able to keep my personal life separate from my work life.

“Over the years I’ve done so many things training-wise that I didn’t want to do. I’d do six rounds of pads or sparring and then six rounds of bar bag or something just as horrible but I’d just do it. I’d go home and be absolutely wrecked. There would be nothing I could do because I was just absolutely knackered. Now, if I don’t want to do it  or I feel like I’m really blowing and that I’m gonna push myself too far, I just won’t do it. Oliver Harrison [his long time trainer] has been telling me for years that I’ve gotta slow down but obviously you don’t listen. It’s taken me years to learn.

“I just thought that if I got in the gym and grafted my arse off then good things would happen. The fight with George Groves especially was a massive learning curve for me. I over trained. I was shot when I fought him and I mean really on my arse. I’ll never ever let myself get into that state again. I’d rather be under cooked than over from now on.”

In Part Two of 32Red’s exclusive interview with Martin Murray later this week he talks about Superstars, opportunities and his new training set up. To see our latest boxing markets, check out 32Red Sport here. If you’re up for a flutter on table games or the slots, be sure to check out our award-winning casino too!