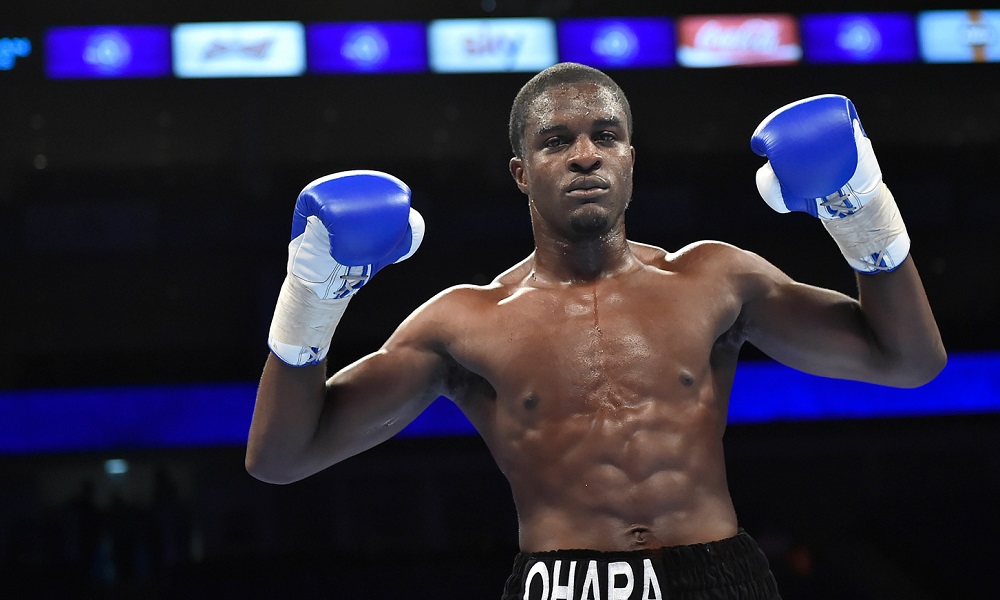 Notoriety and – we shouldn’t forget – the ability to fight ensured that Ohara Davies quickly became one of British boxing’s most talked about fighters. Maybe too quickly.

The past few months have made the 26-year-old Londoner re-evaluate exactly what he wants from the sport and whilst money will always be a motivation – those sunglasses don’t come cheap – the Londoner has decided that the path to further riches will be much smoother if he lets his fists do the majority of the talking. With a new promoter, a new training set-up and a new list of potential opponents, the second coming of Ohara Davies begins at Elland Road this Saturday night.

“Things have settled down well,” Davies (16-1, 13 KO’s) told 32Red. “At first it was hard to get used to the change of scenery with a new promoter and new people. Everything has been hard and I don’t really like change. At the start I was a bit up and down but now I feel like I’m in a better place.

“The situation has made me rethink what I want from the sport. At first it was about the pay cheques, the money, the fans and the limelight. Now it’s about staying humble and keeping my head down. I want as many belts as I can and I want a world title as soon as possible. Last year I felt I got blinded by the limelight and partying. I said to myself that I have to be a lot more focused. The way I was last year, that’s not the way that any athlete should be.”

Davies has always seemed to possess a bombproof mentality but even by his standards, the start of 2018 was tumultuous. Previously, Davies’ thumb seemed to hover over Twitter impatiently waiting for another ugly argument to begin and things came to a head earlier this year when the latest in a long line of social eruptions resulted in an acrimonious split from Matchroom and Sky and a new deal with MTK and Frank Warren. For the first time, Davies felt the weight of his comments and was shocked by the severity of the fallout.

“It did affect me more than I expected,” Davies said. “I usually get stick from the fans that don’t really like me but with everything that happened it was the people that I thought were on my own team who were saying bad things about me. They disowned me. It affected me in a massive way and it means that now I don’t trust anybody like I have done in the past. I’m a lot more wary of who I’m around and who I’m working with.

“Everything happens for a certain reason. I can look at the situation now and see the good in it. Frank Warren has been in this game since before I was even born. If anybody knows how to get the most out of a fighter, it’s Frank. If I keep my head down and listen to what he says and I win all my fights I’ll be back on top.”

Trash talk is a staple of modern boxing but even in an era where seemingly any topic is fair game and every insult is uncensored, Davies still managed to overstep the mark. The ability to affect an opponent mentally can be a very useful weapon but it can cause much more damage if it is used in a sparing and targeted manner rather than a random operation of carpet bombing.

“I’ve gotta be a lot smarter when I talk and a lot smarter about how I talk,” Davies admits. “With the whole team I was with before, they advised me to talk as much as I could and say whatever I wanted. That’s the wrong way to handle things. Now I have people sitting me down teaching me when and how to talk. I’m just so glad that I’m around the right people.

“In the past, it felt like I was expected to talk to sell the fight. Now the performances can speak for themselves. As long as I perform good under the lights my name will sell itself. I won’t need to go on social media talking trash and being disrespectful. Like I’ve said, that’s not me.”

Boxing politics is such that changing promoters invariably means appearing on a different television channel against a new set of rivals. The BT sport branch of the 140lb division is a veritable lions den but Davies has strolled into his new surroundings with his customary swagger. Davies is already scheduled to face Josh Leather on June 23rd and a posse of fighters in Warren’s stable from promising Tyrone McKenna to world ranked Terry Flanagan [who will attempt to win the WBO light welterweight title at the Manchester Arena on June 9th] and Jack Catterall will be prowling around the controversial new arrival, eyeing him hungrily.

“Under Matchroom I never thought about them. I didn’t think they were names that I’d ever have fought. Now that all of us are under Frank Warren and everything is in house, it’s different. I know that I have it in me to beat every single super lightweight in the world. In the one fight I lost [a conclusive seventh round stoppage to Josh Taylor back in July 2017], that was after the worst training camp I’ve ever had. I know that I’ve got it in me to beat everybody that they put in my path.

“I’ve gone from being the hunter to the hunted. In the past I didn’t really have a name and I just wanted opportunities. Since then, I’ve become a name. A lot of fighters who are up and coming are looking at me like I’m the guy they really want to fight.

Ohara fights on Saturday May 19th at Elland Road. To see all our latest boxing markets, check out 32Red Sport here. If you’re up for a flutter on table games or the slots, be sure to check out our award-winning casino too.