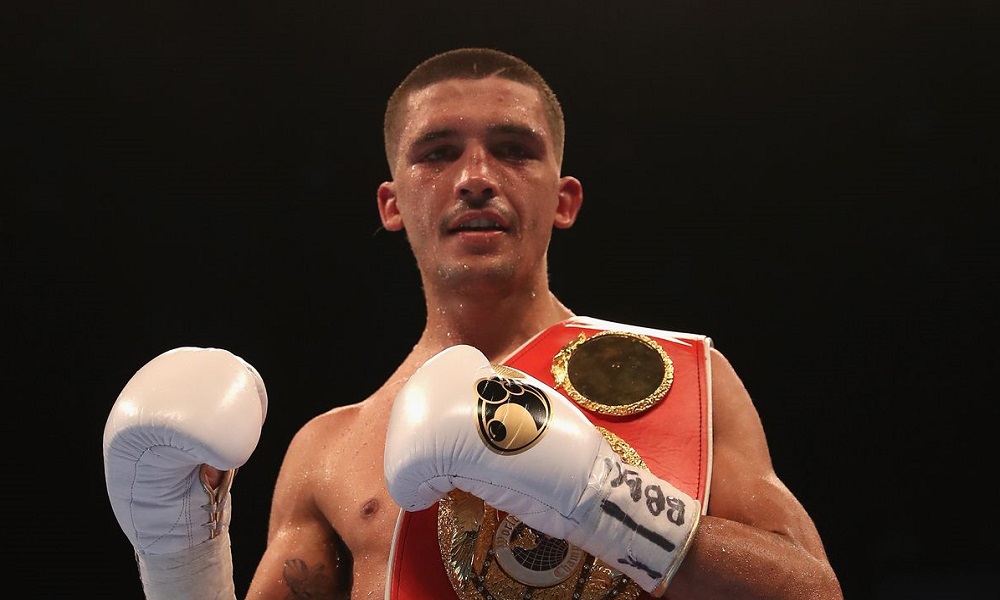 Lee Selby exclusive: Nobody remembers the guy who comes second

Dog breeder, ferret keeper, budding clay pigeon shooter and IBF featherweight champion of the world, Selby (26-1, 9 KO’s), is a man of many interests. The Welshman’s pastimes provide him with a welcome break from the bright lights and intensity of the boxing ring but on Saturday night, he will drag himself away from his menagerie in South Wales and step directly into the madness of a packed Elland Road for his long-awaited clash with Josh Warrington.

“I take the lurchers out and I go shooting with a shotgun and take the spaniel out with me,” Selby continued. “I’ve only just started shooting properly this year but I used to shoot with my grandad regularly. I’ve just got my shotgun licence and I’ve joined a clay pigeon shoot. I enjoy it.

“I’ve got the hand eye coordination. I went down to the clay pigeon shoot for the first time and it was the first time I’d shot a gun in years. The gun I had was a side-by-side with the two barrels next to each other whereas for clay pigeons they usually use an over-and-under where the barrels are on top of each other for better accuracy. He said he’d never seen anybody shoot the clays as well with a side by side gun. And that was my first time.

“You know where a clay pigeon is going so you can get a good lead on them. Wild targets are more unpredictable.”

There are plenty of assumptions being made about Selby’s sixth defence of his IBF featherweight title and maybe the biggest centers around predictability.  Many of those picking the slick 31-year-old assume that he will find a route one ‘Leeds Warrior’ as easy to hit as one of his clay pigeons.

Warrington’s fanatical support tends to get more attention than his underrated boxing ability and whilst he is certain to be pushed to greater levels of effort than ever before by a fervent crowd, the unbeaten challenger isn’t the type to dispense with years of hard work by allowing the occasion and atmosphere to carry him away from his gameplan. Selby is experienced enough to know that he will be facing the best ever version of Josh Warrington this weekend.

“Probably, but however he comes out I’ll adapt on the night. I don’t train for opponents, I just train myself. Whatever he brings on the night, I’m sure I’ll adapt. I’m pretty versatile in the ring.

“I’ve done all kinds of sparring from unbeaten prospects to former world champions and world level contenders. I’ve done it all. If I was going to train to fight myself, I wouldn’t know how to go about it because I’m different every fight. I can adapt to whatever is in front of me.”

Selby’s entrance into Elland Road will be greeted by out-and-out hostility but to assume that the quiet country-loving man from Barry will be spooked by 20,000 baying Yorkshiremen couldn’t be further from the truth. The softly spoken Welshman may enjoy unwinding in the countryside but he also loves testing himself amongst hardened strangers in the hostile and intimidating gyms of Los Angeles and he has made his name fighting away from home. The location may be different this weekend but Selby will walk to the ring with the same mindset – and butterflies – as usual.

“I get nervous for every fight. This isn’t any different for me. It’s just another fight. Even fighting in the four rounders I had early on in my career, I  felt just the same as a twelve round world title fight. It’s strange. It’s the exact same feeling every time. I’m looking forward to it. It’s a big occasion for me too. It’s my second time fighting in a full stadium outdoors and it’s gonna be a big crowd. I can’t wait really.

There will be a big crowd in attendance on Saturday but the attendance will be dwarfed by the worldwide audience. The featherweight division is booming at the moment and all eyes will be on Selby this weekend. Should he win, a whole host of money-spinning opportunities – including a summer trip to Belfast and another massive stadium fight with Carl Frampton – will open up.

“There are some very big fights domestically and on the world scene. It’s a great division to be involved in. I don’t feel pressure to perform, it’s just the pressure of winning really. Nobody remembers the guy who comes second and looks good. They remember the winner.”

Lee takes on 32Red ambassador Josh Warrington on Saturday May 19th at Elland Road. To see all our latest boxing markets, check out 32Red Sport here. If you’re up for a flutter on table games or the slots, be sure to check out our award-winning casino too.

Ohara Davies exclusive interview: I don’t need to trash talk
Josh Warrington exclusive: This is the one