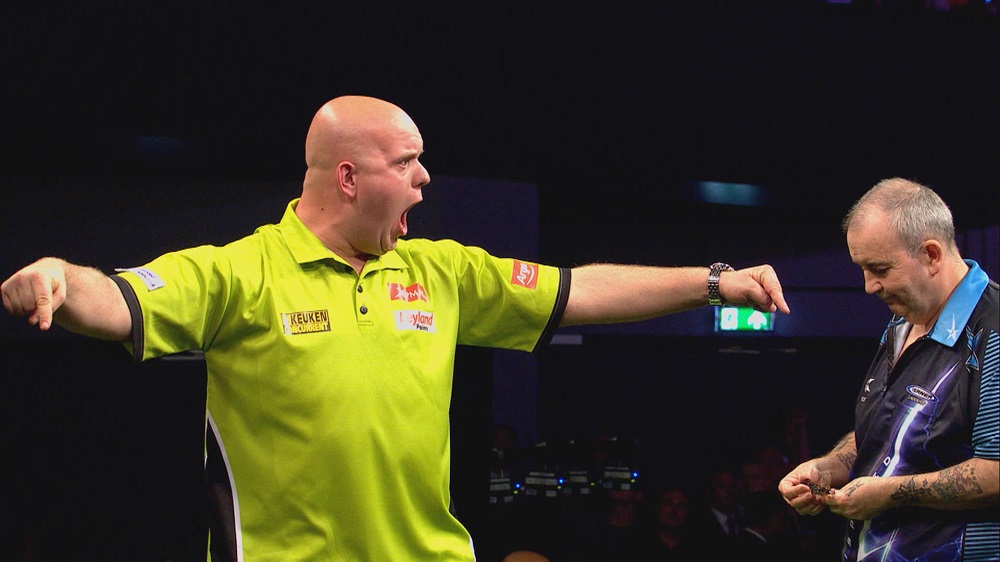 The biggest events in Darts gets underway on Thursday – and though Gary Anderson has won the last two PDC World Championship’s, it’s tough to look past Michael Van Gerwen at this year’s arras extravaganza.

So will the Dutchman prove to be double-top over the next couple of weeks – or is Mighty Mike destined to miss out? He’s failed to reach either of the past two finals, having won the event for the first time in 2014.

Still, Van Gerwen is the clear favourite for glory at the Ally Pally extravaganza, priced at 3/5 in the outright market – and there’s no mystery why, given his dominance this year. The Dutchman has won the last four events he’s entered, and has a total of 25 tournament wins this year, including the Masters, the World Matchplay and the Premier League of Darts.

He may be a giant of the game, but it’s difficult not to view Phil Taylor as a waning force. Yet for all that, the 16-time world champion may still be capable of turning it on when necessary; in the Champions League of darts a few months ago, Taylor beat Van Gerwen twice. Could the Power pick up a 17th title at this Championship? Taylor is 9/1 to win the tournament.

And what of reigning champ Gary Anderson? The pre-tournament second favourite has started wearing glasses while playing fairly recently, but says the change to specs hasn’t hurt his game. So could Anderson win his third Sid Waddell trophy on the bounce? Anderson is 6/1 to win.

Perhaps it’s worth keeping an eye on Dave Chisnall too. The 36-year-old made it to the final of the Cash Converters Players Championship Finals last weekend, though he was comfortably dealt with by Van Gerwen. Still, if Mighty Mike freezes on the biggest stage of all, could Chizzy take advantage? He’s a 33/1 shot to go all the way here…

Legendary darts commentator Sid Waddell passed away back in 2012. In memory of the great man, here’s a few of his greatest lines:

“Darts players are probably a lot fitter than most footballers in overall body strength.”

“They’re showing Shakespeare’s Othello over on BBC1 but if you want real drama tonight, get down here to Jollies, Stoke-on-Trent!”

“Playing Taylor is like eating candy floss in a wind tunnel.”

And the classic, never to be forgotten: “When Alexander of Macedonia was 33, he cried salt tears because there were no more worlds to conquer. Bristow’s only 27.”

To have a flutter on this year’s PDC World Championship, visit 32Red.com Sport. Or if you’re looking for some different gaming action, visit 32Red.com for a wide range of table games and casino slots.