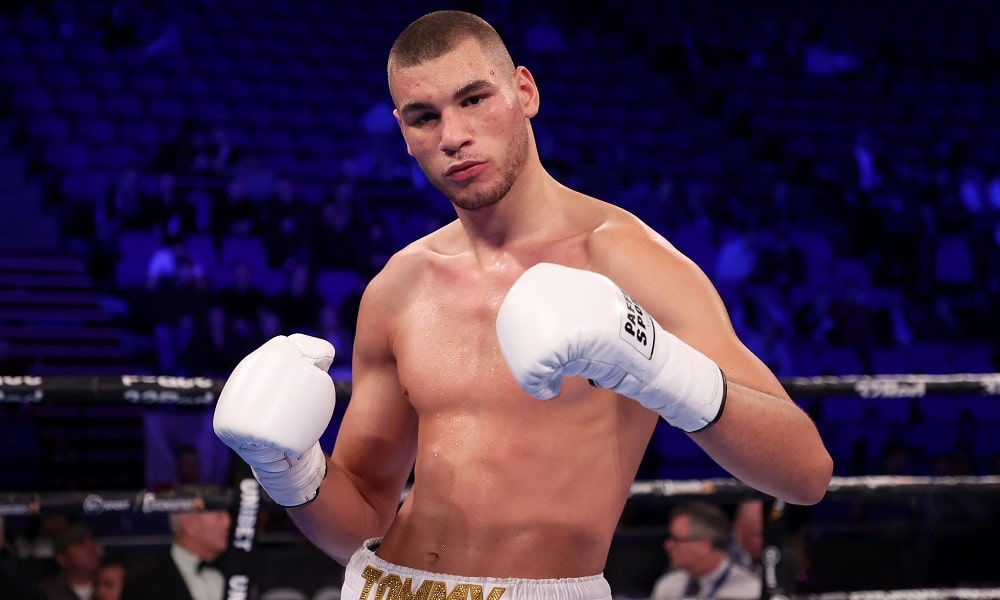 As Tommy Fletcher strode to the ring for his professional debut last July, not many people outside his inner circle knew what to expect from the 6ft 7in tall cruiserweight.

Lots of fighters look to make their name by talking the talk. But the best way to announce yourself to boxing fans is still by walking the walk. Tommy fights on Saturday – for all our boxing markets, visit our sportsbook.

“I knew I was gonna be a big puncher”

Fletcher has certainly done that. After three vicious knockouts in a row, people are starting to sit up and take notice of the 21-year-old.

“I knew I was gonna be a big puncher but I never thought that my first three fights would be brutal knockouts,” The ‘Norfolk Nightmare’ told 32Red. “I never really knew what it’d be like, I just thought I’d go with the flow and take it as it comes. I’m in good hands and Frank Warren is going to be behind me. I’m off to a good start but you can never be satisfied can you? You’ve gotta keep levelling up and levelling up.

“I always knew from the amateurs that I was going to be a big knockout puncher. I know, Mark (Tibbs, his trainer) knows and my old amateur coach knows that I’m a big, big puncher but to get the casuals onside you have to actually show them don’t you? They won’t believe all the talk until they see it with their own eyes. Even now, they’ve not seen what I’m capable of.” 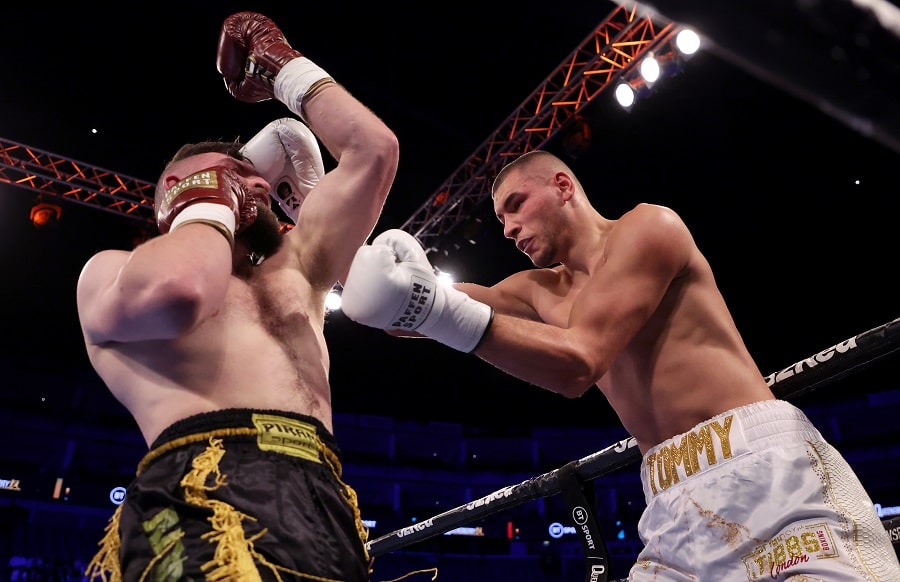 These days the opportunities a fighter receives seem to be governed as much by their popularity with the fans as by their ability. Boxing fans have short attention spans and can easily have their attention swayed by the latest exciting banger to duck between the ropes but Fletcher has quickly forged a reputation as ‘much see’ television. It is inevitable that fights will get tougher sooner rather than later but just months into his career Fletcher has shown that he can switch the lights out at any moment. It is a priceless quality for a prospect to possess.

“I just deliver. That’s the brutal truth of it”

“My last fight I opened up the televised card and got a vicious knockout. I think BT are starting to take a liking to me,” he said. “I think some fighters they go pro, get signed up and do the business. They look smart but there’s no character about them. I think I’ve got a bit about me. I want to show entertainment. Casual fans want to see blood, sweat and tears and they want to see people knocked out. That’s the brutal truth of it. I just deliver. I think that’s what I bring to the professional game.

“There’s always gonna be somebody out there who – when you hit them – will be able to weather the storm and it’ll take a good few rounds to soften them up. A big backhand and being strong don’t always get you where you need go. I wanna have a good boxing I.Q., a good jab. I want to be able to win rounds without even throwing hard. When you step up to championship rounds, being a puncher is not really as big an asset. When I’m doing four and six rounders and being expected to win, you don’t rely on having power but you can kind of get away with it. So when I step up into championship rounds, I’m gonna need to be able to box and get through rounds.”

He may just end up taking it to the heavyweight division. Fletcher is tall and powerful but still extremely lean, it seems almost inevitable that he will eventually fill out into a heavyweight. 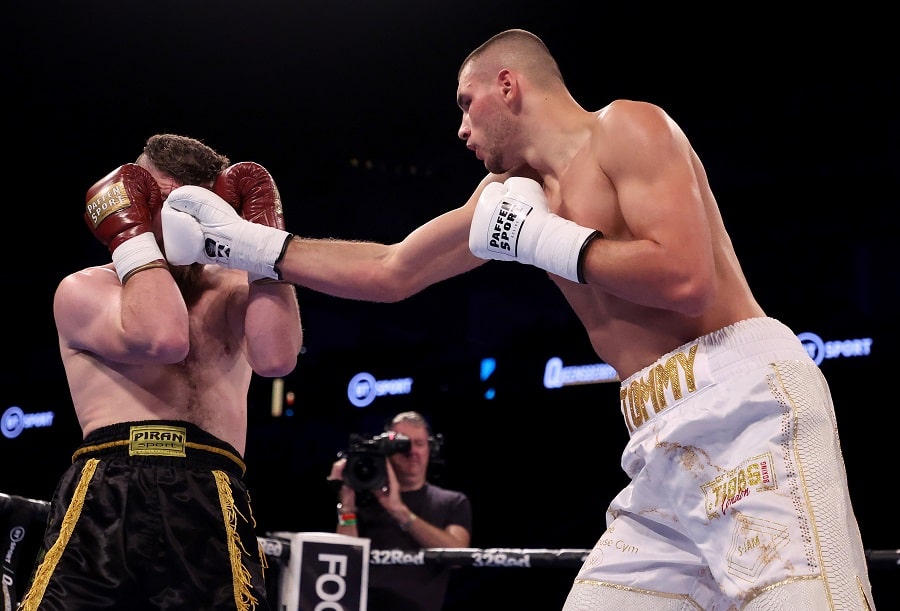 Fighters like Oleksandr Usyk and David Haye have shown that smaller heavyweights can thrive in this modern era of giants so somebody with Fletcher’s attributes should grow naturally into a formidable big man. Fletcher isn’t wishing his career away and counting down the days until he enters boxing’s glamour division though. He has plenty to accomplish at cruiserweight, which was once unfashionable but has become one of the most exciting weight classes in the sport.

“I want to be a household name”

“I’ve got a tall body and tall frame but I’ve still gotta thicken out,” he said. “In the amateurs I did light heavyweight. I started training with Mark and Jimmy [Tibbs] and said I wanted to be a light heavyweight and they told me, no, I was a cruiser. Realistically I could kill myself and make that weight for one fight but I didn’t really have the understanding of things. Now I do have some understanding, I realise I’m always gonna fill out into a heavyweight or a big cruiserweight. There’s no point killing myself to make a weight I’m never gonna box for a title at.

“I’m still young, I’ve gotta lot of filling out to do and with the right strength and conditioning I’ve got no doubt I’ll be a heavyweight. I’m 6ft 7in tall, I’m strong, I believe I’ve got a good chin and I’m carrying power. I believe I can carry that up and be a heavyweight. I wasn’t around years and years ago but I feel like now people coming up from cruiserweight to heavyweight can get involved and they’re good. The money’s a lot better at heavyweight too. You can add a zero on.

“I will do my learning as a cruiserweight and build my profile I want to be a household name. I see the big names in the cruiserweight division and think I’ve got the skills and the assets to be up there with them. I’m only 20 years old, I can’t rush it.”

Continue Reading
You may also like...
Related Topics:featured, Tommy Fletcher