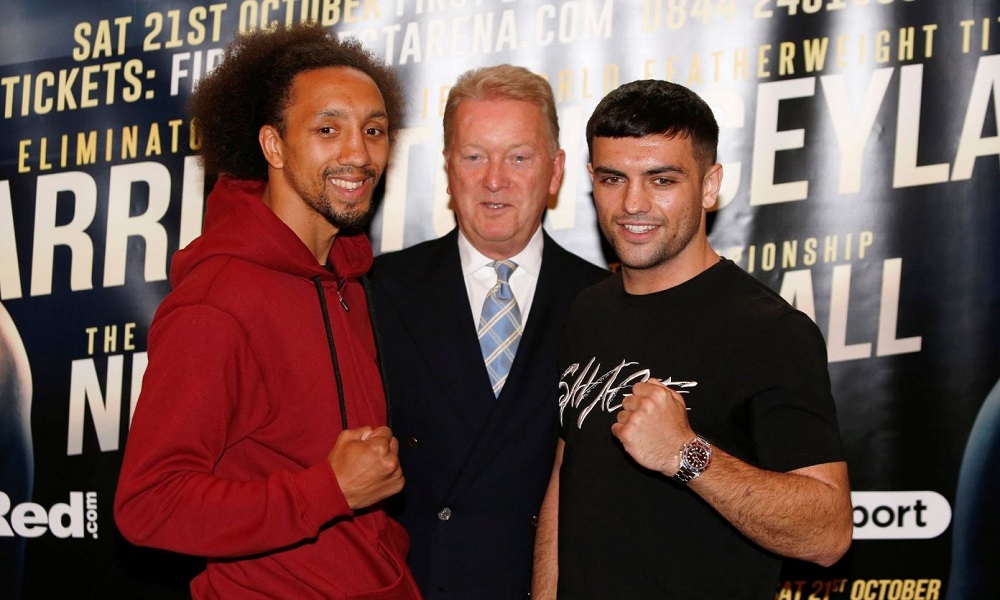 As he makes final preparations for the 40th fight of his career, you might expect Tyrone Nurse (35-2-2, 7 KO’s), to lapse into well-worn phrases about this fight being no different to any other. Instead, the always honest 27-year-old from Huddersfield freely admits that there is a different atmosphere surrounding Saturday’s eagerly awaited British super lightweight title defence against Jack Catterall.

“Yeah, I can’t remember the last time I was excited for a fight,” Nurse told 32Red. “It was probably when I boxed Chris Jenkins for the British title the first time [July 2015]. I’m really excited about this. The fact that the fans are excited by it means that it’s a great fight and I’m looking forward to hopefully being involved in a great fight.”

Over the past two years, Nurse has changed as a fighter. The Will-o’-the-wisp who seemed to record a decision victory almost every week on the small hall circuit has been replaced by a skilful box-fighter who gets hit more than he did, but whose natural talents allow him to pull through. It is therefore unsurprising that one of the constant themes of the build-up has been the talk about ‘the old Tyrone.’ Almost every discussion about the fight reverts at some point to a mythical match-up between the hard hitting Catterall and the supposedly long-gone version Nurse who dismantled Tyler Goodjohn and beat Chris Jenkins for the British title. Nurse admits that whilst the ‘old’ Tyrone did disappear for a while, it wasn’t down to an erosion of skills.

“When I refer to the ‘old’ Tyrone I talk about the fighter who isn’t getting involved in stupid brawls when he doesn’t need to and who picks his shots well,” Nurse said. “It’s still going to be an exciting fight. Mine and Jack’s styles will gel well.

“I think it was down to a lack of motivation. I’ve been boxing for what seems like forever. I turned pro at 18. I wasn’t mature then and I knew it was going to take me a few years to get where I wanted to but I think all the messing about when I finally got to English title level got to me. I ended up sitting waiting to fight for it for about a year and maybe I just lost that bit of, I can’t even think of the best word to describe it, maybe I got pissed off with it all and I did stagnate a little bit. There were no challenges and everything just got a bit monotonous. I was in the gym doing the same things all the time.

“The big Commonwealth title fight with Dave Ryan came up and didn’t go to plan and then luckily we got the fights with Jenkins and I won the British title and I’ve managed to hold on to it but when you get asked if you want to fight Tommy Coyle and Willie Limond – no disrespect to those fighters – but it didn’t excite. It was the same when I got told I was fighting Joe Hughes, I wanted something more exciting. We’re fortunate that after the draw against Joe that I kept the belt. On the night I felt like I’d done enough even though I wasn’t firing on all cylinders.

“I think that because I’ve been in the game for so long a lot of people think of me as a veteran. I don’t think there are many people in the country who have had as many fights as I have. People forget that I turned pro young and had a lot of learning fights so I suppose in this fight I am the veteran even though I’m still just 27. That’s still young in boxing terms.”

It is a fight where clear lines of battle are drawn. Unless either man has reinvented themselves ahead of the biggest fight of their careers, they are likely to rely on what they know and trust. Nurse will be slick and elusive and try to make Catterall pay with snappy combinations whenever he tries to close the distance. Catterall will patiently stalk and look to use heavy counter punches at range and really go to work when he can get inside and into optimum punching range.

“We’ve got a few game plans but a lot of the time it comes down to what the opponent does,” Nurse said. “You can’t assume that Jack hasn’t settled on the game-plan of boxing on the back foot and luring me into making a stupid mistake and catching me off guard with a big shot. You have to cover all bases. We’ve got a plan for the different options they might turn up with. Boxing is a thinking man’s sport and I think this might come down to who’s thought process works out better on the night. I think it’ll start off that way and develop into a good fight. A lot of people are labelling it as a bull and matador type of fight but I think that’s because of the impression you get of Jack.

“He’s a clever counter puncher, he isn’t the pressure fighter that you’d expect from looking at his record or listening to the way people talk about him. He’s not an all-out aggressor. He’s patient and waits for his shots. It could make for an absolute borefest and chess match but I think it’s going to bring out the best in both of us.”

The 40th fight of Nurse’s career is his gateway to the future. Terence Crawford’s decision to vacate his host of super lightweight belts has ensured that this British title defence has taken on added significance on the world stage.

“It’s all set up for me to go and prove I’m the better fighter. Obviously I can then push forward and Jack can take a back seat and they can rebuild him.

Tyrone fights on Saturday night – to see our latest boxing markets, check out 32Red Sport here. If you’re up for a flutter on table games or the slots, be sure to check out our award-winning casino too!

Canelo v Golovkin: The verdict
Jack Catterall exclusive interview: He won’t find anybody who fights like me