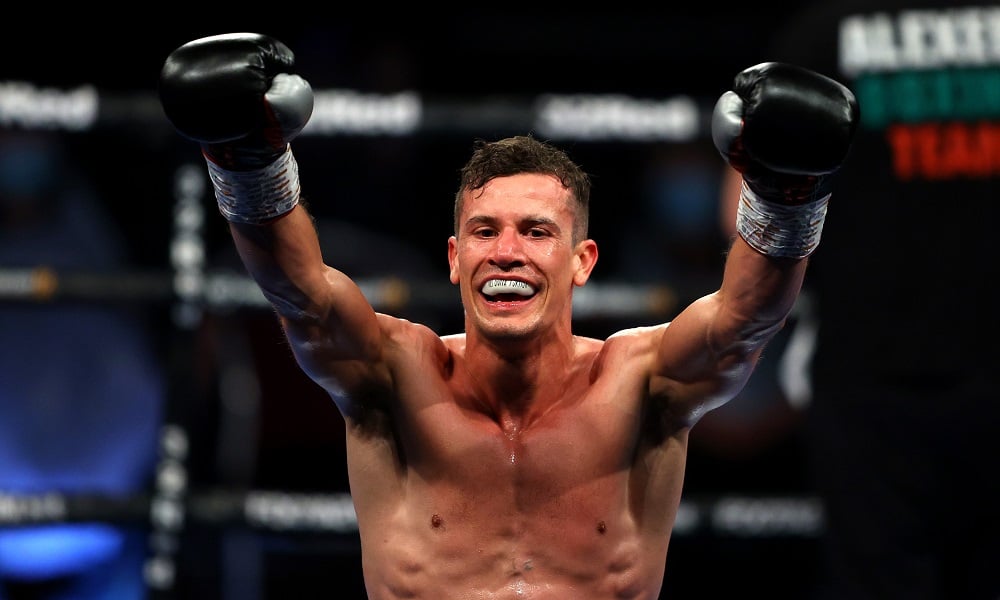 Nathan Heaney exclusive: I can do this properly now

Life has a habit of becoming comfortably predictable. We wake, work, go home, see the family and squeeze in some time for the gym, a hobby or a pastime before starting again the next day but every now and then those normally routine 24 hours throw up events that can have an impact on the rest of your life.

On September 23rd, Nathan Heaney (13-0, 5 KO’s) became a father again when his partner, Louise, gave birth to their second daughter. For most, the arrival of an extra mouth to feed narrows the focus onto the safest and most secure way of providing for their family. Not for Heaney. September 23rd was also the day he left the stability of reliable, paid employment and entered the mayhem and madness of full time professional boxing. For all the latest fight odds, visit our sportsbook.

“I haven’t said anything about it because it was also the day that my second daughter was born and that’s obviously far more important but that was also the date my notice finished and I became a full time fighter,” Heaney told 32Red. “I can do this properly now. I can go sparring Lyndon Arthur at three in the afternoon or go and spar Zach Parker on a Tuesday or whatever. Until now I’ve had to fit everything around work and being a supply teacher.”

As Heaney suggests, he hasn’t eased himself into his new life. The sparring has come thick and fast and one recent trip to Manchester had the potential to be a particularly difficult day at the office for the unbeaten middleweight. Arthur is preparing for a massive fight of his own on December 4th when he will aim to repeat last year’s victory over Anthony Yarde. To those who don’t know him, Arthur can cast an intimidating shadow and the famous old Collyhurst and Moston gym can be an imposing place to walk into.

“I walked in and thought, ‘Right, I either just get battered here or I can get really battered,’ Heaney laughed. “No, It’s a proper old gym. Pat Barrett’s in there and Zelfa came over to say hello and then you see Lyndon and he’s massive. He’s a really good fighter when he gets into a rhythm but we shared some good rounds. There were a few people watching at the start but by the time there were about 30 people watching. It was good work for both of us. 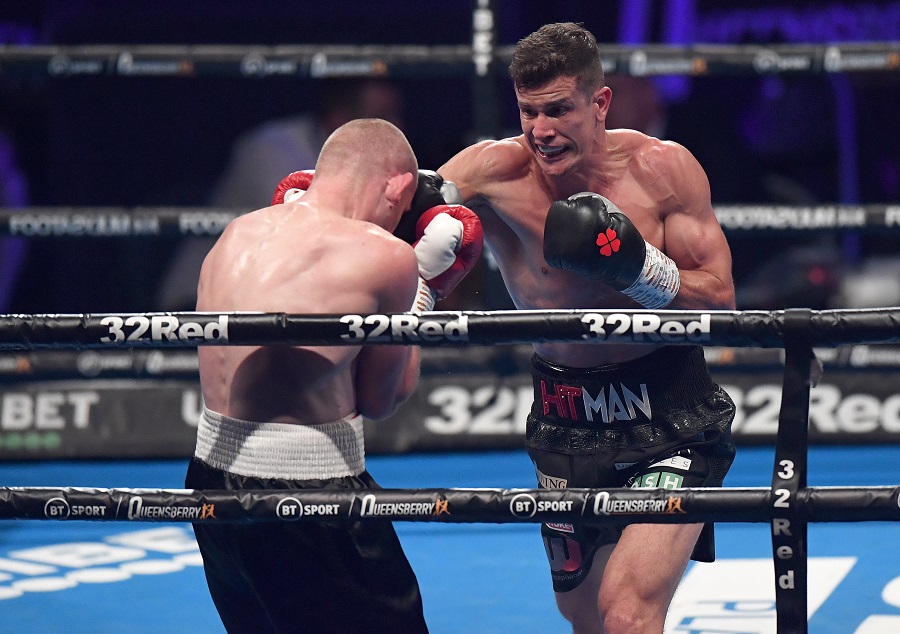 “Over the last few weeks I’ve sparred Lyndon, Zach Parker and Lennox Clarke, I’ll have to ask could they get me somebody who doesn’t punch quite as hard.”

Heaney has been busy. This will be his fourth fight on BT Sport this year and the increased access to top level sparring isn’t the only benefit he is noticing. His sizeable following of Stoke City fans is one undoubted reason for his presence on cards and that following is continuing to swell as the city has begun to realise they might just have a sporting hero to get behind. With The Potters parked in mid-table in the Championship and the area’s once dominant dart players losing their grip on the sport, Stoke has begun to throw its weight behind Heaney.

“Yeah, it’s not just about the fights. I went to a match for the first time after lockdown and the reaction was just totally different,” he said. “I was walking up to the stadium and you can hear the Stokies saying, ‘There’s Nathan Heaney’ and asking for photos. I was thinking, ‘This is a bit weird’. It’s crazy really. Stoke on Trent are really getting behind me.”

Heaney can’t fail to impress his legions of fans but his domestic rivals have proven far more difficult to impress. He seems to head the ‘Wanted’ list of almost every British born middleweight and the call-outs for his next fight begin to cascade in before he has finished his post fight interviews. He is full aware that it is time to begin stepping up his level of opposition and his aim is to make a real mark on the division in 2022. Heaney wants to be known as more than a ticket seller and his search for respect really begins this weekend.

“Definitely. Last time against Konstantin Alexandrov I felt I was in a bit of a no win situation. If you beat him, you’ve done what you’re supposed to do and if you lose to him then people are gonna say you’re rubbish. We had tactics that we just had to wear him down and take the chance when it came,” he said. 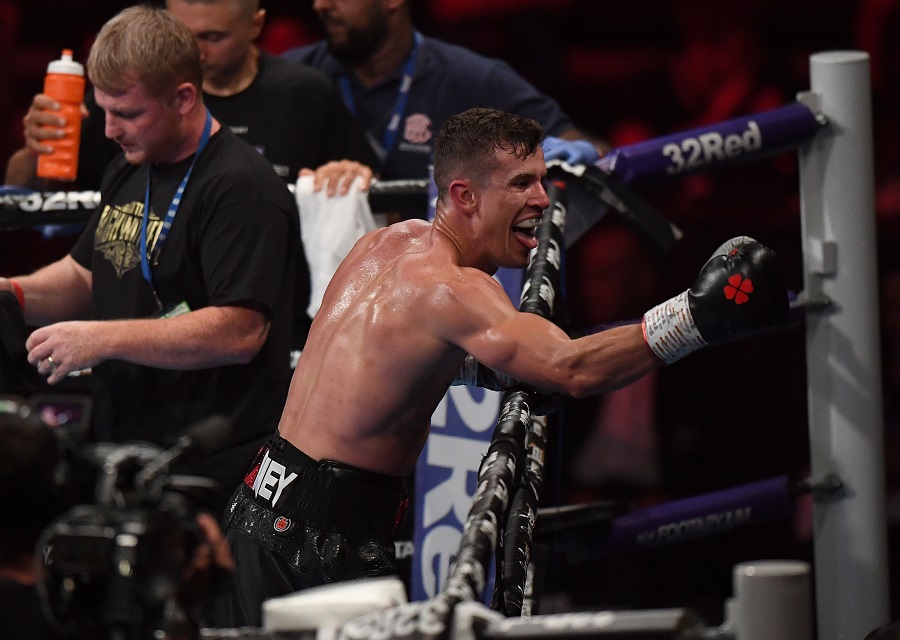 “This next guy Sladan Janjanin went the distance with Martin Murray a couple of years ago so he’s obviously as tough as nails. He’s knocked out 23 of 30 fighters and I don’t care who he’s been stopping, if you can knock out 23 men you can definitely punch.

“I’ve not got the long amateur background a lot of those lads have but I can feel things coming. Sometimes it’s not until you hear things from other people. I heard Ryan Oliver say that if I’d landed a couple more shots I’d have had him out of there. I didn’t notice at the time but when you watch it back you realise you were and in the last two fights I’ve managed to stop them both.”

First things first and Heaney needs to get past Janjanin this weekend. Emerge victorious and there will be bigger nights ahead. Instead of walking into different gyms with wide eyes he can begin walking in with his own reputation. The realisation of what he is on the verge of accomplishing is beginning to sink in.

“I wouldn’t say it’s a case of being star struck, that’s probably the wrong way of wording it, but you find yourself in the gym with people like Lyndon and wonder what you’re doing there. Then you start to realise that ‘Hold on, I’m one of these boys now.’ I’m a BT fighter.”

Tyson Fury vs Deontay Wilder: insiders give us their predictions for the big fight
Denzel Bentley exclusive: I want to be the guy who took big fights & came out on top