Zach Parker exclusive: my style is going to cause people problems

This is the moment that Zach Parker and boxing fans around the country have been waiting for.

The unbeaten 26-year-old’s physical ability is clear to see and his potential is unquestioned. Everybody knows Parker is good, but just how good?

On Saturday night the Derby super middleweight has a real fight with John Ryder and gets the chance to answer at least two of the questions that hang over him.

How will he cope with the type of British rivalry that can catapult a fighter to nationwide prominence and is he ready for the world title opportunities that a win would generate? It is no exaggeration to say that a victory over Ryder would change Parker’s life. For all the latest fight odds, visit our sportsbook.

After a flat spell in his career a few years ago, Ryder has dragged himself to world level prominence. Technically underrated, the Londoner has shown versatility as well as determination. He took the fight to then unified world champion, Callum Smith, before dropping a hotly disputed decision a few years ago and this February he scored a career best victory by picking the pocket of the outstanding Daniel Jacobs. These days, beating John Ryder instantly elevates a fighter into world class. 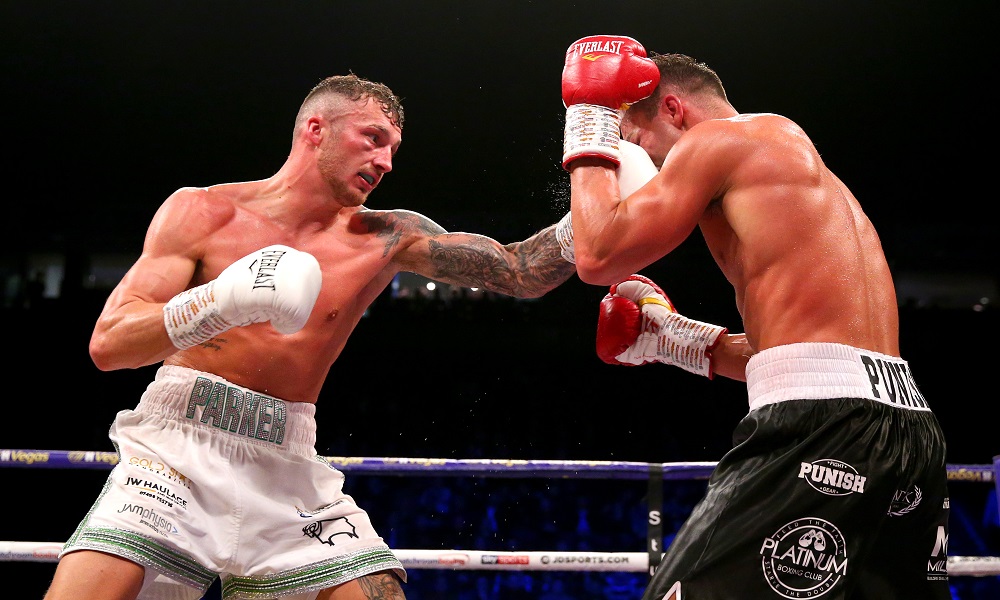 “He’s been in with the likes of Billy Joe Saunders, Callum Smith and Daniel Jacobs last time but I’m there to show that I’m part of that company,” said Parker who respects the challenge he has in front of him.

“I think he was a bit unlucky with Smith but when you go to box the champion you have to put on a clinic or even go for the stoppage most of the time because if it’s close they’re gonna give it to the champion. The Jacobs fight, I thought it was close but with it being in John Ryder’s backyard, the judges went that way. This is gonna be a good fight. It’ll be better than the Andrade fight anyway.”

Ah, Demetrious Andrade. Barely a day will have passed over the past year without Parker being asked about the American. The pair were scheduled to fight twice but Andrade never seemed totally happy about making the trip across the Atlantic to take on a tall, rangy, skilled and relatively unknown banger. After his second withdrawal, Parker’s team switched their attention to new targets. They found another southpaw but one who will certainly come to fight.

“I reckon Andrade would have been running all night and making it awkward. You can tell that from his style. I think me and Ryder will meet in the middle and it’ll be a good fight,” Parker said.

“I like southpaws. Obviously I can box that way myself so I know all the shots I can take and when I need to take them. I’ve never fought a southpaw as a professional. I always liked boxing southpaws, even when I was an amateur, so I do quite well against them.”

“I feel he’s slowing down a lot”

At the time, missing out on the chance to take on renowned fighter like Andrade must have been heartbreaking but the super middleweight situation has evolved over the past few months. Canelo Alvarez is still ‘The Man’ at 168lbs but the scene is primed for a new challenger to emerge. Canelo has appeared vulnerable this year, losing to Dimitry Bivol and labouring past Gennady Golovkin. This weekend, the timing and opponent couldn’t be better for Parker to take a massive step forward towards some huge nights.

“I said about the Andrade fight that everything happens for a reason. Now, I’m about to headline at the O2 Arena in a massive fight. You mention Canelo, I think he’s looking to get the return with Bivol and if he does that and I win this weekend, I’ll be straight world champion. We’ll have to see what happens. He’s the cash cow at the moment and he can do whatever he wants but we’re hot on his tail. He’s been looking older in his last couple of fights – especially in the Golovkin fight – Golovkin looks way past it and he couldn’t get him out of there.

“I said last year that the way Bivol did it was the way to beat him. Box him and move. He’s quite slow on his feet and one paced. He’s been good at super middle weight but I feel he’s slowing down a lot. My style is going to cause people problems. Hopefully if all goes well next week we’ll find out down the line.”

“I want to move on to even bigger fights” 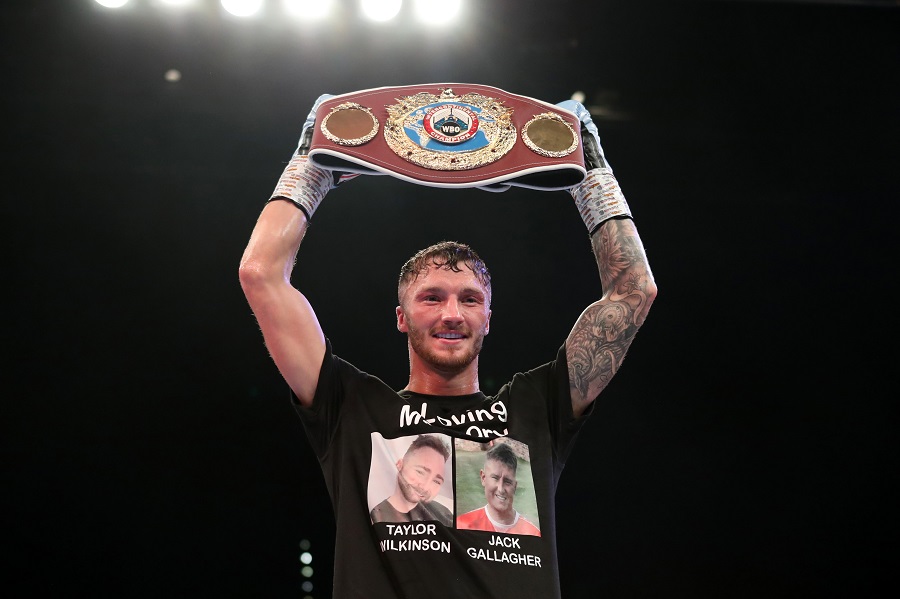 The super middleweight division has long been a happy hunting ground for British fighters. Chris Eubank, Nigel Benn and Steve Collins brought it to prominence and Parker grew up watching the modern generation carry the flame. If Parker is victorious on Saturday night he will be ideally placed to follow in his hero’s footsteps.

“I obviously watched the likes of Groves and Froch and I used to watch Joe Calzaghe all the time. Him and Ricky Hatton were my favourite boxers to watch growing up. They didn’t just do it over here, they went over to America and smashed it over there as well.

“I just wanna get this one out of the way and then move on to even bigger fights. Maybe in America, in Las Vegas. There are a lot of good opponents. Caleb Plant and David Benevidez are going to fight soon and those are the kind of fights I want to make my name over there as well as here.

“We’ve gotta get John Ryder out of the way first though.”

Continue Reading
You may also like...
Related Topics:featured, Zach Parker