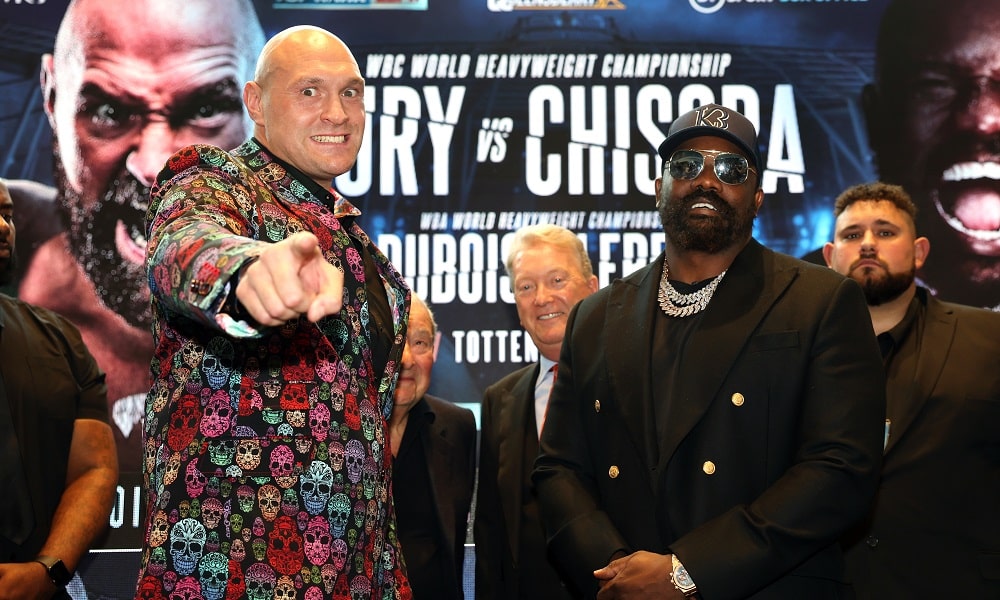 Fury vs Chisora: The Breakdown

There are only a few days to go until Tyson Fury defends his WBC heavyweight title against Derek Chisora. For all the latest fight odds, visit our sportsbook.

It is the one of the more unlikely heavyweight title fights. Fury looks unstoppable, whilst Chisora, with 12 losses on his record, is coming to the end of a rollercoaster career.
11 years after their first meeting, the long term rivals will complete their trilogy outdoors at the Tottenham Hotspur Stadium in the thick of winter. Fury leads the series 2-0 and is heavily favoured to make it a hat-trick.

Yes, boxing fans are frustrated by having to wait for a full unification showdown between Fury and Oleksandr Usyk and the month-long tease that were the Fury – Joshua negotiations. But let’s look on the bright side.

Just six months after Fury packed out Wembley Stadium and stopped Dillian Whyte in six rounds, we get to see the best heavyweight in the world in action for the second time this year. Fury has been spectacular but inactive over the past three years. ‘The Gypsy King’ wants to make history in 2023. By staying busy, he is ensuring that he enters the New Year fit and with momentum.

British boxing has become accustomed to big nights and stadium fights. The massive occasion seems to bring the best out of the fighters.

Will this weekend produce more of the same? Can Chisora produce one of the biggest shocks in boxing history? Or will Fury once again prove his quality and treat an expected 60,000 crowd to another masterclass?

Let’s have a look at some of the key factors that will contribute to the outcome. 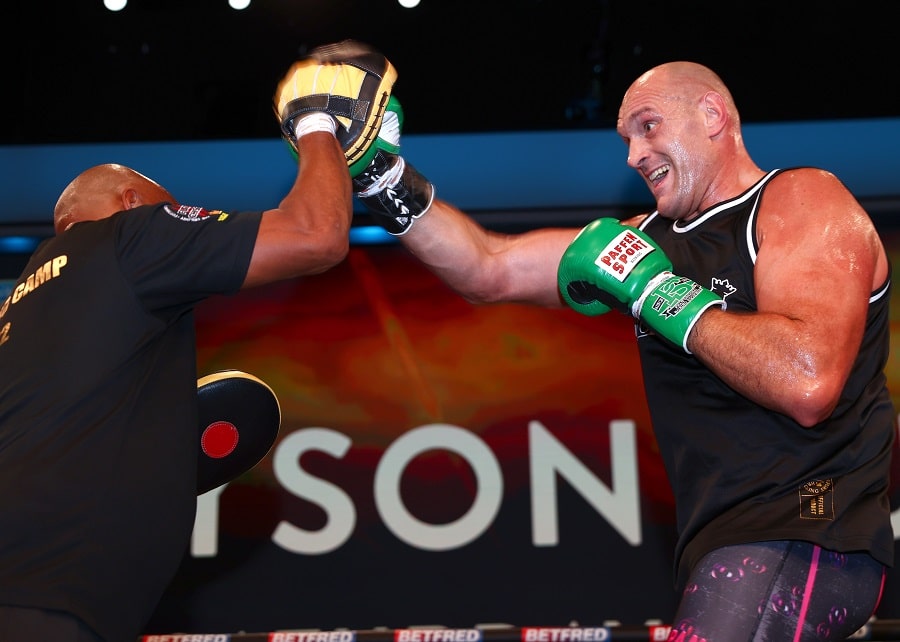 It is ten years since Chisora lost his only previous attempt at a world title when he went into the lion’s den and performed bravely against the frightening Vitali Klitschko. Since then, he has beaten decent heavyweights and lost to good ones but never been given another title shot. Chisora is a veteran of the sport and will know he is extremely lucky to have been handed a shot at Fury. He will also know this is his last chance and may well throw caution to the wind rather than resigning himself to defeat and spending twelve more rounds following Fury around the ring.

Fury has to win. He truly believes he is the best big man on the planet but as a true lover of boxing history, he will be aware he has to prove it. A massive unification clash with Oleksandr Usyk would lose a lot of lustre if Fury were to take his eye off the ball against Chisora. And although a fight with Anthony Joshua would still be a big event it would be half as meaningful – and less lucrative – if Fury had a loss to Chisora staining his record. Any kind of slip up would be catastrophic for Fury, both professionally and personally.

These days, Chisora seems to take pride in his ‘War’ persona. He is still mercurial and unpredictable out of the ring but in the ring he gives an entertaining effort. Gone are the days of him sleep walking through fights or appearing bored. Chisora is happy to meet fire with fire and can punch when allowed to plant his feet. Sadly, Chisora’s feet are slower than ever and his gas tank isn’t what it was. How long his aggression will last if he is chasing a constantly moving target remains to be seen.

Fury has developed into a true all-rounder. Until Oleksandr Usyk found his heavyweight feet, Fury was undoubtedly the best pure boxer in the division. Since linking up with Sugar Hill, he has looked outstanding when using his height and size to walk opponents down. Terrifyingly for his rivals he seemed to find the perfect blend against Dillian Whyte in April when he boxed patiently and showed fight-ending power as soon as the opportunity presented itself. 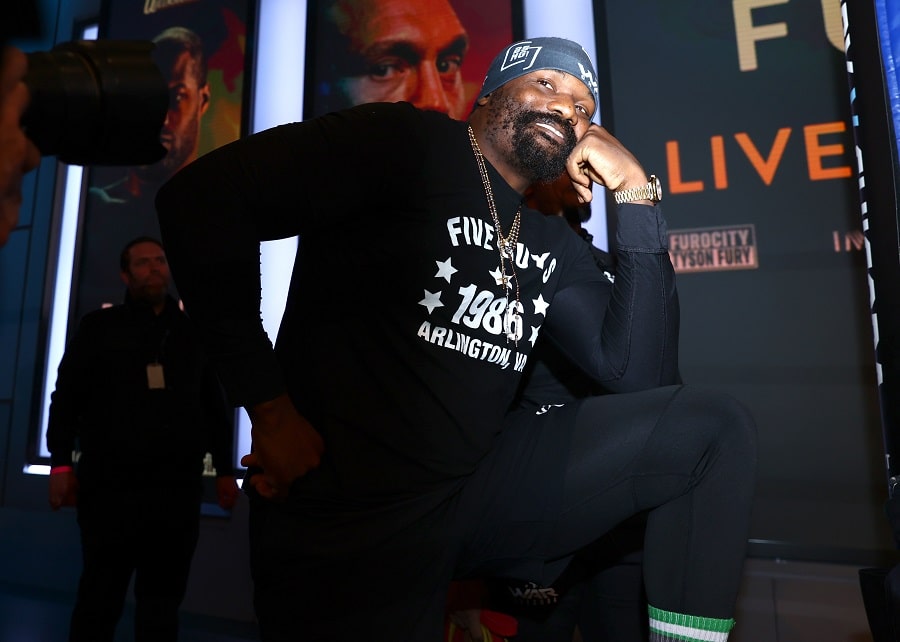 Chisora prevailed in a nip-and-tuck battle of the veterans with Kubrat Pulev in July but that ended a run of three consecutive defeats. To Chisora’s credit he has only been beaten by top competition since he failed to get out of first gear against Agit Kabayel four years ago. But there were alarming signs in his second defeat to Joseph Parker this time last year. Chisora was hurt more than ever and on the verge of being stopped on numerous occasions. To be blunt, Chisora has shown he is capable of beating decent heavyweights but comes up short against the better fighters. Parker, Dillian Whyte and Oleksandr Usyk all woke up the next day knowing they had been in a fight, but all of them had their aches and pains soothed by the feeling of victory.

Fury looks unstoppable. This is the first time he has fought twice in a year since 2019. Despite his protestations at retirement, he has stayed in the gym, stayed fit and – presumably – stayed sharp. Fury was sensational when bullying and stopping Deontay Wilder in 2020 and gritted his teeth to outlast and outfight the American in their stunning third fight. He barely took a shot in his fight with Dillian Whyte, a fighter who has been a handful for everybody he has faced. Fury deserves his position at the top of the heavyweight rankings and only looks to be getting better.

Does Chisora truly believe he can beat Fury?

Chisora has always been the intimidator, the unpredictable showman who causes unease and panic in his opponent. It doesn’t work on Fury. If anything, the Lancastrian seems to have some kind of hold over Chisora.

Fury outboxed an out-of-shape Chisora in their first meeting – incredibly, it was 11 years ago – and in their second fight Chisora fought with absolutely no self belief, appearing a beaten man from the opening bell and staying on his stool after round ten. If Fury is able to quickly nullify Chisora quickly, will those bad memories come flooding back?

Even if the weather has been relatively mild so far this winter, it will be cold at the Tottenham Hotspur Stadium on Saturday night. Ring walks are scheduled for 9pm; Chisora can be assured of a long, chilly wait while Fury makes his entrance. Will those old doubts come flooding back as Chisora watches his old tormentor stroll to the ring?

Continue Reading
You may also like...
Related Topics:featured, Fury vs Chisora

Zach Parker exclusive: my style is going to cause people problems
Frank Warren exclusive on Fury vs Chisora