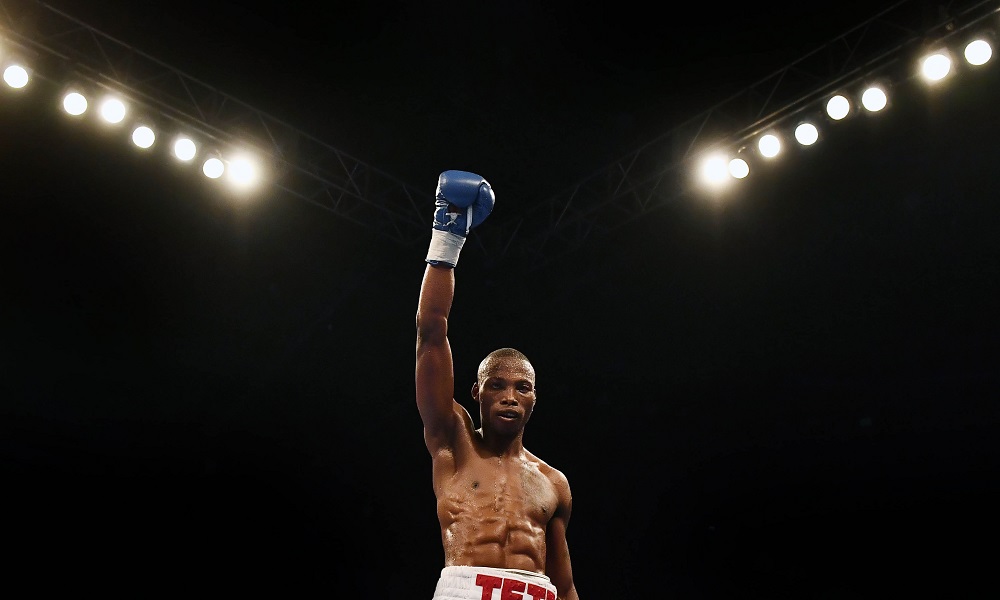 Zolani Tete exclusive: Next year Inoue and me have to meet up

Timing is everything in boxing.

When WBO bantamweight champion, Zolani Tete, was selected to compete in the prestigious World Boxing Super Series, everything was in place for the 31 year old South African to finally star on the stage he had craved for so long.

Instead, a shoulder injury forced him out of the tournament and Tete (28-3, 21 KO’s) was forced to sit in the wings and watch others claim the glory and acclaim.

If Tete’s injury couldn’t have come at a worse time, then his return to action couldn’t have been scheduled any better. The bantamweight division is suddenly one of the sport’s most talked about and in Naoya Inoue, Tete has a genuine superstar to take aim at. More of Inoue later, for now Tete is happy just to be back in the ring.

“It is frustrating but as a champion you need to be able to deal with such situations. Although I haven’t been able to fight for a year I’ve been able to handle it. I didn’t want it to distract me from my mission so I had to handle it very carefully.”

Rather than jealously watching his rivals raise both their bank balances and profiles, Tete has filled his down time by creating a new centre for under privileged children and orphans in the city of East London on South Africa’s Eastern Cape but he has also remained fully focused on his rehabilitation. So confident is he in his recovery that on Saturday night he will be jumping straight back into top level action and defending his title against the world class Filipino, John Riel Casimero. For all the latest fight odds, visit our sportsbook.

Tete has become something of an honorary Brit over the years and whether memories of his star making knockout of Paul Butler or famous eleven second, one punch demolition of Siboniso Gonya have begun to fade or not, Tete has decided that British boxing fans are long overdue a reminder of exactly what he is capable of.

“Casimero is a very good guy. He’s going to be a tough opponent, especially after such a long layoff,” he said. “We’ve been preparing for quite a long time now so I believe we will be able to handle Casimero. I did consider taking a warm up fight but on the other hand the WBO wanted me to defend my title as soon as I was over my injury. I’ve been training and keeping myself in the gym so it’s not a bad position we find ourselves in in defending our title against Casimero and it is another step closer to my dream, where after winning this fight I’ll get to call out another one of either champions – either Naoya Inoue or Nordine Oubaali. After winning this fight we will be in a good position to unify the division.

“Firstly I need to concentrate on Casimero. He’s a very tough competitor and I believe he will put up a great fight. I need to keep my boxing stance and keep boxing him. Casimero is shorter than me and he likes to come forward but he also likes to box. I think it will be a chess game but he sometimes uses a more exciting style so we have also prepared for that.

“It’s a good opportunity for me to show off my style. People have been tending to forget about me because I have been off for a long time. Once again, people will be able to get to see me again on 30th November and hopefully it’ll be a good fight. I’m looking forward to seeing all the fans over on that side.”

Whilst Tete has been sidelined, a monster has emerged in his weight division. Nayoa Inoue was known by serious boxing fans before he entered the World Boxing Super Series tournament but the all action, back and forth manner of his victory over Nonito Donaire in the recent final of the competition did even more to raise the Japanese superstar’s profile than the long string of spectacular knockouts that characterised his rise to the top of the pound-for-pound rankings. Inoue’s decision to sign a promotional deal with Top Rank – whom Tete’s promoter, Frank Warren, has a strong working relationship with – offers the tantalising possibility of a massive unification clash at some point in 2020.

“All of this has happened while I was going through the process of recovering from my injury. Inoue has done good for himself. He’s right up in the pound for pound talk now so I believe next year that we will have to meet up and fight,” Tete said.

“That fight between Inoue and Donaire was a cracker, my brother. I don’t want to lie. I take my hat off to both guys. They put up a great fight and showed that they are indeed warriors. From the first round to the last they kept fighting and they were trying to take each other’s heads away. It showed that they were both well prepared for the fight and they showed that when you are at that level, you need to work as hard as you can. I was very happy and really enjoyed their fight. I would definitely vote for it to be the Fight of the Year.

“We’ve always had our own way of dealing with fighters but Donaire gave Inoue a good fight. He gave little parts of a blueprint on how to beat Inoue. There is a lot for us to now work on about beating Inoue and I believe that come the day that we come to fight him, a lot of things will be shown.”