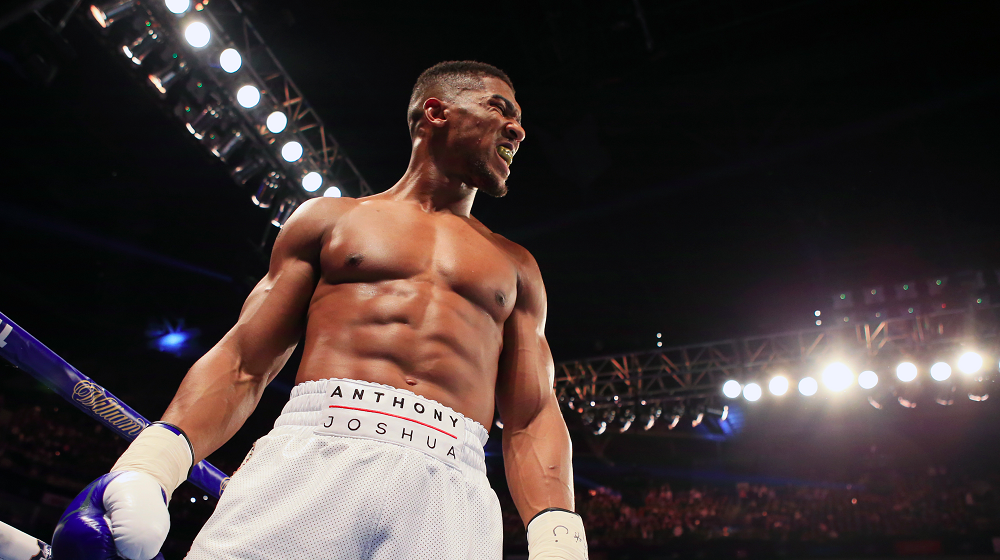 If you’re a fan of heavyweight boxing, then you’ll already be aware that a collection of the best big men in the game today are back in action this weekend. Unfortunately for fans of the sweet science, from the eight men who’ll be lacing up the gloves in Manchester and Auckland, we haven’t ended up with the best possible four fights you could make. Hey ho, such is the sport sometimes, but don’t let that disappoint you. All the big lads can punch and there’s definitely a bit of value on offer at 32Red if you play your cards right…

In one to enjoy with your cornflakes on Saturday morning, Joseph Parker will meet Andy Ruiz Jr. in what will almost certainly be the most competitive heavyweight fight of the weekend. Parker is to New Zealand what AJ is to the UK and it’s no surprise that he’ll start as the 1/4 favourite. Parker has fast hands, solid fundamental skills and picked up a very credible win against Carlos Takam earlier this year. At 24, Parker ticks all the boxes for a potential future star.

The same wouldn’t be said for the man who’ll be in the other corner tomorrow. Andy Ruiz Jr. has the physique of a professional athlete. Unfortunately, the sport he has the physique for is sumo wrestling and those seeing the Mexican-American for the first time this weekend will definitely raise an eyebrow when they see him wobbling towards to the ring. What might surprise them more though at the end of round one, is that Ruiz Jr. can really fight. Good speed, neat combination punching and a work-rate that’s better than his physical condition should allow make Ruiz Jr. a very live dog in this match-up. Parker should come out with his unbeaten record intact at the final bell, but Andy Ruiz Jr. at 11/4 will represent tempting value to many.

The build-up to this one hasn’t been pretty and it’s no real shock that the BBBofC have taken the British title off the table for the victor. Security guards were needed to separate Chisora and Whyte during filming for Sky, threats were made in both directions and Chisora nearly even managed to take out promotor Eddie Hearn with a table at this week’s press conference. All that was missing was Vince McMahon and the rest of the WWE crew.

Despite the huff and puff from both sides in order to sell the show, the reality is that Dereck Chisora is now a few years off a world level performance and Dillian Whyte hasn’t exactly stolen the show in recent victories over Dave Allen and Ian Lewison. Firey pre-fight build-ups have a tendency to lead to relatively cagey fights and while Whyte must win at 7/25 if his hopes for a second crack at Anthony Joshua are to be realised, the safe money here could be on the fight hearing the final bell.

After the promise of Klitschko, any available opponent for Anthony Joshua would have been a disappointment and it’s therefore unsurprising that this PPV headline bout from Manchester Arena has drawn criticism from some quarters. However, if you ignored the IBF title which AJ will put on the line this weekend, then Eric Molina, who comes in with a 25-3 record and credible recent performances against Deontay Wilder and Tomasz Adamek wouldn’t be so frowned upon for a professional in only their seventeenth bout. Joshua is big business now though and with the big paydays, come big expectations.

The British champion is 17-0 with 17 knockouts and you’d be a brave man to bet against the 2012 Olympian not finishing the bout in the same way as all his other contests, but opinions of Molina may be too heavily influenced by a first round KO loss to Chris Arreola back in 2012. Obviously this result doesn’t reflect favourably on a world title challenger (particularly if you’ve ever seen the shape Arreola turns up to fight!), but the result alone does hide the fact that Molina had Arreola hurt early in that bout and ultimately got caught being reckless when looking for his own highlight reel stoppage. More telling may be Molina’s loss to Deontay Wilder last year. While that fight also ended with Molina being counted out, he went ten semi-competitive rounds with the heavy handed Wilder and on that form the 5-1 on offer (at the time of writing) for Joshua to win by stoppage in rounds 7-12 looks attractive.

Eric isn’t the only Molina in world title action this weekend either. Stateside, hot prospect Terence Crawford meets John Molina for the WBO and WBC super-lightweight titles. If you fancy a real long-shot, then how about a Molina double… both Molina’s to spring the massive upsets is currently paying 254/1. Now that’d be a big deal!

Bet on Boxing and more at 32Red Sport – or if you’re looking for a casino-based flutter, check out our slots and table games at 32Red Casino.