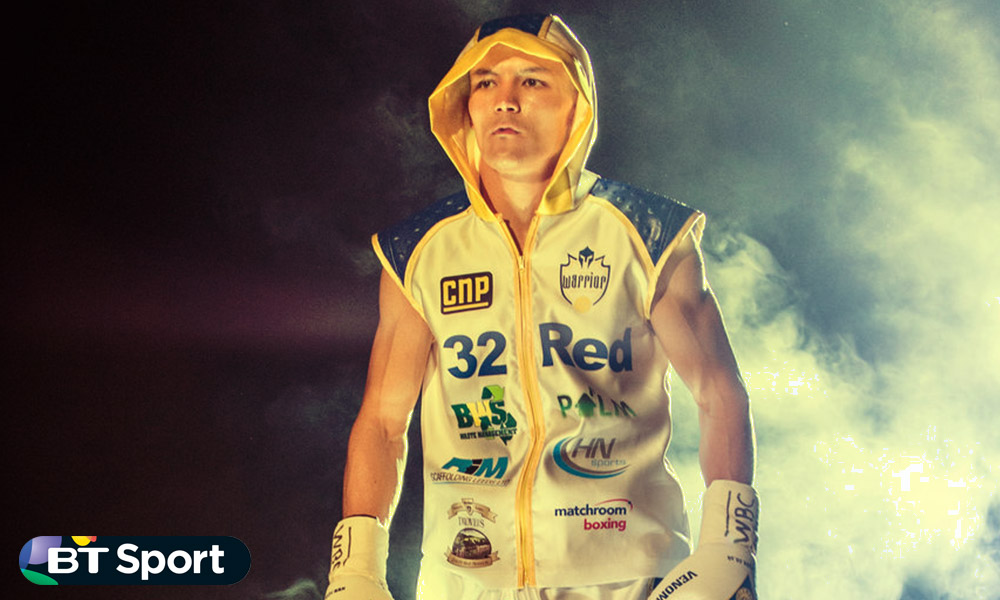 I’m sure many of you will have heard the big news about my career by now; that I’ve moved from Matchroom and Sky Sports to Frank Warren, BoxNation and BT Sports.  Lots of you have been asking me about the decision though, and I thought this would be a great chance to explain things and tell you more.

So, basically my contract with Matchroom expired.  It was coming to an end, we had a few offers from other promoters, but Frank seemed really enthusiastic and excited about taking me forward and getting me the big world titles.  So, I think this move means we’ll now have a better direction on where we’re going with my career.  Also, it’s obviously really exciting that BT Sport are involved, and Frank’s got that really big platform behind him now.  It’s the start of something big in boxing and I’m really excited to be part of it.

To be honest, when it comes to my career, I listen to the people around me.  I just box, and I don’t get too much involved in the business side of things, that’s for people like [my manager] Steve Wood and my dad, who have both got my best interests at heart.  I have to say though that Sky have done a brilliant job with me and I’d like to thank both the Sky and Matchroom teams.  We left on good terms and I had a good chat with Eddie [Hearn] before I left and thanked him for everything he’s done.  But the journey continues and I’ve just got to keep on fighting and winning.

I think the main thing now is getting that big world title, and getting a clear picture of how we’re going to get it.  I want to keep on boxing at the [First Direct] Arena and bring a world title back to Leeds, that’s the goals for 2017.  I’m absolutely sure Frank Warren will deliver for me.  He’s very experienced; when you look over the years he’s worked with many world champions like Naz [Hamed], Ricky Hatton, and Joe Calzaghe, and he knows the game inside and out.  I’m not saying anything disrespectful about Matchroom because like I’ve said they did a good job, but there was more attention on some fighters than others.  So the journey continues with Frank, and I’m just really excited about the future.

I’d like to get out and fighting again as soon as possible in 2017.  I haven’t fought since July and it’s been well documented about me getting married [in summer, 2016], so I just want to get back in the ring.  We’re probably looking at the first couple of months in the year for my next fight, and when you get to this level you don’t want to be fighting anybody you can just knock over.  So I’m just ready to go.

I get asked about the Lee Selby fight a lot, and I think if anything this move [to Frank Warren] makes the possibility of that fight easier.  Selby isn’t contracted with Matchroom anymore, so that won’t stop the fight happening.  Listen, I want that fight and I hope it happens because I believe it will make for a very good fight.  I think it will happen too, if he keeps winning and I keep winning.  Obviously though there’s [Carl] Frampton and [Leo] Santa Cruz fighting again too.  So, there are plenty of options out there, and I’m still highly-ranked with the WBC.

So, as I’ve said, I’m just really excited about teaming up with Frank Warren, BoxNation and BT Sport.  I’m glad the move is all sorted, the journey continues, and 2017 is going to be a big year for my career.