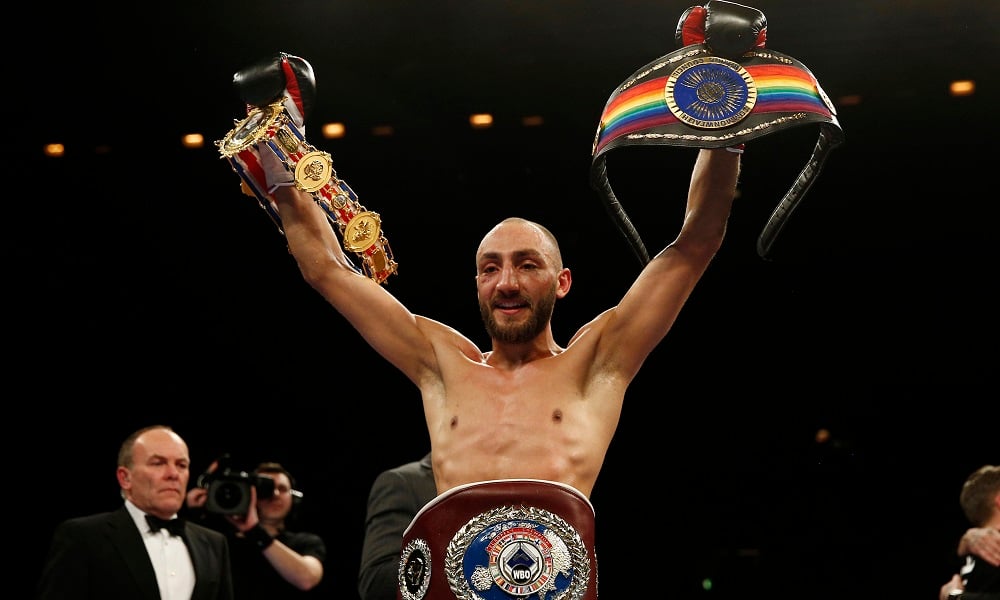 Bradley Skeete interview: I need to be aiming for the world

Bradley Skeete has spent much of his career facing doubts. Now, after answering every question thrown his way, the British welterweight is desperate for somebody to subject him to a serious examination of his ability.

Since outboxing Sam Eggington to win the British welterweight title back in March 2016, the Londoner has gone about his business quietly but effectively, winning the prized Lonsdale belt outright and constantly climbing the world rankings but despite the best efforts of he and his team, his calls for a high profile opponent and the opportunity to make some noise on the world stage have so far gone unanswered.

Late last year, Australian giant killer Jeff Horn briefly chose Skeete for the first defence of the WBO world title he ripped away from Manny Pacquiao but swiftly changed his mind. Horn’s change of heart brought an early end to what had already been a stop-start year.

Frustration is a recurring theme when speaking to boxers but Skeete (27-1, 12 KO’s) has more reason than most to wonder when his opportunity will arrive.

“I’ve asked so many times for a meaningful fight at world level so that I can prove what I’m all about,” Skeete told 32Red. “I’m not gonna jump right in with the likes of Keith Thurman or Errol Spence at that elite level. I’m not ready for them yet but I need to fight at world level and mix it with a few former world champions who have been there and done it so that I can gauge where I’m at.

“I can understand that it’s a big risk and little reward for people to fight me now. I’ve just got to crack on. I’m ranked highly. I just have to keep doing what I’m doing and hopefully the opportunities will come.

“I’m not interested in anybody domestically now. I’m still the holder of the British title but it won’t be long before I’m vacating that and moving on. Now, it’s all about securing the ranking that I’ve got and aiming for meaningful fights. Going back to domestic level would be a backward step. I think I was past domestic level a long time ago but I wanted to achieve my boyhood dream of winning a Lonsdale belt outright. I’ve done that. I’ve always got that.

“Eggington had the European title until he got beaten. I beat him comfortably so I believe I’m past European level. I need to be aiming for the world. Luis Collazo, Mike Alvarado, John Molina…guys who’ve been there and done it. I’d love those guys and there are many more I’ve mentioned too. I’ve asked for the fights, it’s just getting them into the ring.”

Earlier in his career the rangy Skeete won respect for the way he learned to utilise his height and reach and then, when some began to pigeon hole him as a safety first boxer, he showed flashes of the imagination and finishing ability required to be successful at a higher level. Now 30 years old and with the backing of BoxNation and BT Sport behind him, 2018 has to be the year that Skeete finds out whether he can join the likes of Spence, Crawford and Thurman in the higher reaches of a stacked welterweight division.

“It’s probably been the most frustrating time I’ve had in my boxing career. I started it well by defending my British title and winning it outright but I thought the icing on the cake would come towards the end of the year when there were talks about me fighting Jeff Horn. Those talks nearly came to reality when we agreed all the terms. We were just waiting for the contract to be signed and the fight to be announced. He and his team seemed to get cold feet and look elsewhere. They swerved the fight with me. It’s been very frustrating.

“In interviews before I’ve made the claim that I’m a world level fighter. Don’t get me wrong, there are elite level fighters – all of the champions are elite level at the moment – and I’m not claiming to be there yet but I believe I’m a world level fighter. I just want the opportunity and the fights to prove it. The Horn fight would have been perfect for me. There’s no doubt about it, I would have gone to Australia and beaten Horn and got that world title and shut up a few of the critics who have been criticising me.”

Skeete is hoping to build momentum behind his push towards the top of the division by continuing to impress the fans who were initially slow to recognise his abilities. It may have been a frustrating time but there is plenty to be positive about. Skeete is the outright holder of a Lonsdale belt, has a lofty world ranking and holds a convincing win over a respected former European champion in Eggington.

“To be honest, my first fight on BT wasn’t a great one. I fought Dale Evans in my last defence of the British title. Dale didn’t fight the fight we expected him to. If they had shown the Shayne Singleton fight [an exciting fifth round stoppage] on BT, everybody would have been raving about me. I believe I’m up there with the best now. I’ve been there and done it. I’ve fought all my domestic fights and I’ve been loyal to Frank Warren and BoxNation. Now BT are on board and I’ve re-signed and got this BT deal, I want to push on and bring a world title back home.

“I’m in a good place. The likes of Thurman, Spence and Terence Crawford are elite level. I just need the fights to get me ready so that by the end of the year, if not early 2019, I’m ready to mix with the likes of Spence, Thurman and Crawford.”

Nonito Donaire: Everything you need to know about Carl Frampton’s next opponent
Groves vs Eubank Jr betting preview