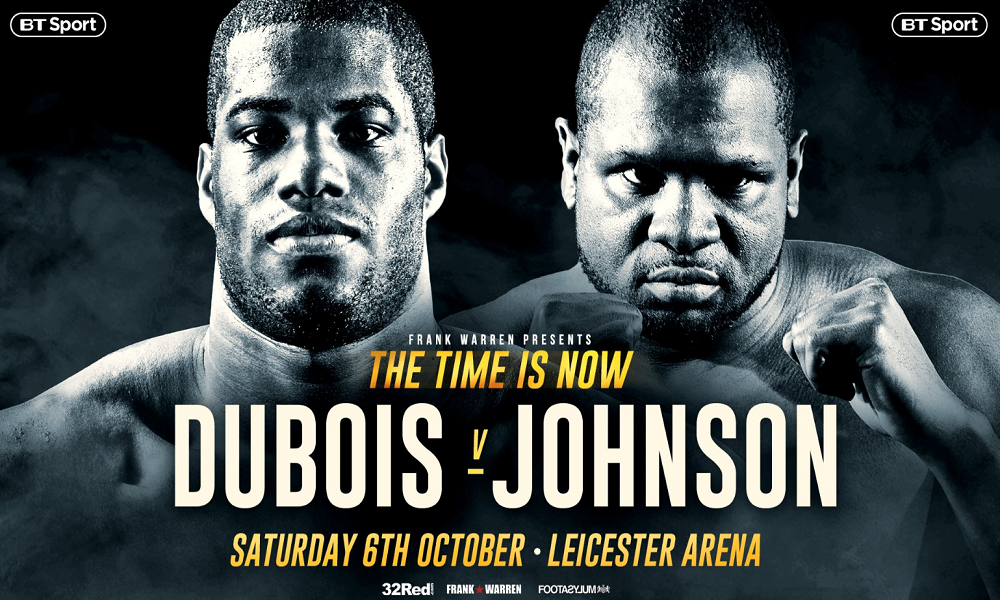 Daniel Dubois: I feel so well prepared going in to this fight

On Saturday, Daniel Dubois fights Kevin Johnson at Leicester’s Morningside Arena. Chronicling his preparation for that encounter, Daniel’s given us an exclusive insight into his efforts to ready himself for the big fight.

It’s been an exciting few weeks for me. It’s all been happening recently. There have been big fights getting made and I’ve been called out. It was also good to get away to Alexander Povetkin’s training camp before his fight with Anthony Joshua and get some experience with different fighters.

I’ve been involved in top level training camps in the past. I’ve been around Dereck Chisora and Anthony Joshua before but more than anything I enjoyed getting out of the country for a few days and spending time in a different environment.

Eastern European training camps can be quiet places but I’ve been boxing my whole life so I fell into the routine pretty quickly. I think I sparred around twenty rounds with Povetkin in all over 10 days. I handled him well in sparring and I feel so well prepared going in to this fight. I feel really good. I’ve got that experience behind me. Onwards and upwards.

By the end of sparring I felt comfortable and I knew what was working for me. I’ve been all round the world boxing as an amateur so being in that situation didn’t unnerve me at all, it just felt natural to me.

I got back from Povetkin’s training camp and Lennox Lewis came to see me at The Peacock gym. Watch the video here. It was great seeing Lennox. I was really glad he came down and shared a bit of knowledge and wisdom with me. You can’t turn down things like that. It’s good for me and it was great of him to come. Lennox didn’t really say too much but he did say that he was impressed. He told me to be relaxed in the ring and to be special. Be a bit different. I’ve gotta take that on board and use the information he gave me.

I was a little bit starstruck at first maybe but you quickly realise that he’s just another guy who did well out of the sport of boxing. I’d say my favourite fights of Lennox’s are probably the Frank Bruno one because of the needle between them in the build up and the fights with Vitali Klitschko and Shannon Briggs. He had to dig deep in all of those fights. His opponents all came to win and pushed him really hard. Lennox had to show his grit and that’s exactly what I plan to do in my career.

Next up is Kevin Johnson on Saturday. Find the latest odds for Saturday’s fight here. I’ve prepared as I have done for all my previous fights. I’m not changing too much. I’ll keep the same attitude and although I might be a little bit more focused, it’s the same rules basically.

Johnson does like to talk but whether he has anything to say or not, I’m really not too bothered at all. It isn’t going to make any difference on fight night. He may well come out swinging and try to get lucky or he might try and box and move like he has done a lot recently. I really can’t tell for sure. I do know that I’ll be coming out giving it 100% and fighting to win.

Find 32Red’s latest boxing odds here. If you’re still up for a flutter, be sure to check out our award-winning casino too!