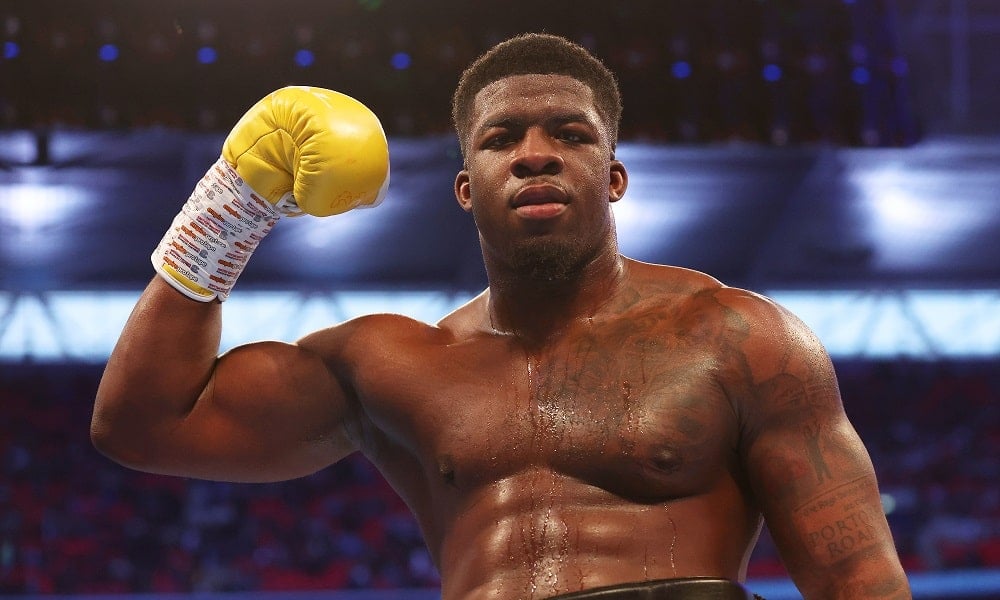 There is a reason why the world stops for a big heavyweight fight.

When two big men decide to plant their feet and trade, even the most mundane, one sided walk around can turn in the blink of an eye. But while the promise of sudden, shocking, split-second violence keeps people glued to the screen, heavyweight is also the division where progress should be slow but steady and patience is crucial.

David Adeleye, [9-0, 8 KO’s] burst on to the scene with a string of televised stoppages during the Coronavirus pandemic but has spent much of this year honing his skills away from the cameras. This weekend Adeleye is back and ready to show what he has been working on against Mexico’s Elvis Garcia. For all the latest fight odds, visit our sportsbook.

“I’m ready to rock and roll now and ready to get the ball rolling. This is a sport where you always have to be working on your craft. It’s all about learning as you go along your journey,” Adeleye told 32Red.

“Heavyweights develop later. I’m still not the fighter I will end up being in a couple of years time. I’m still learning things and I still remember stuff every other day. Fighters are forever learning, especially heavyweights. We also put on weight as we get older. The weight I turned professional at isn’t the weight I am now. You start to adapt the style you use to the weight you are. It’s not like other divisions where you’re a 147lb fighter and you stay there for years. It’s about adapting to that and the different styles that work for you.

“This is about showing the world what I can do” 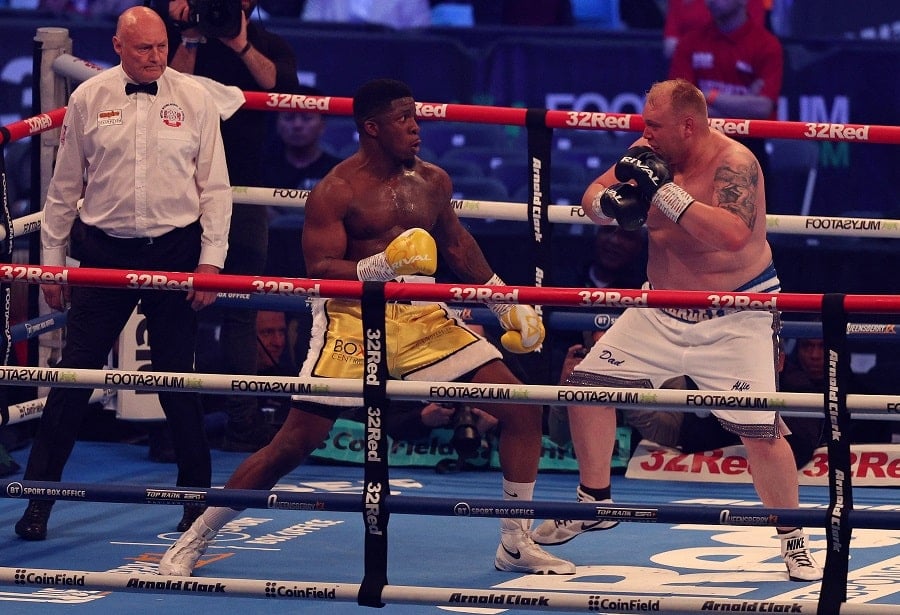 “I’m still coming to grips with it all now. I’m starting to get a little understanding of what weight works best for me and what weight I feel healthy at.”

Adeleye is still years away from his peak but has shown the natural athletic gifts and finishing ability that put him firmly in the ‘one to watch’ category. The 25-year-old Londoner has discovered that having those qualities is all well and good but learning how and when to use them will help him have a long, successful career. He’s also realised there is another key – or two – to being a successful heavyweight

“A big set of cojones,” he laughed. “You’ve gotta learn how to punch. You have to learn how to box though. That’s the main thing. Look at Tyson Fury, he’s made himself different to everybody else because he boxes. Almost every time a boxer fights a puncher, the boxer will win. Look at Tyson against Deontay Wilder.

“If I’ve got a desert eagle but I keep missing the target but somebody else has got a .22 and keeps hitting it, then they’ll do more damage than me. These are the things you’ve gotta learn.

“When you box as a pro, the pace is lot slower. Theres a lot going on. As an amateur you feel like you have to run at each other and just throw punches. As a pro theres a lot more thinking and a lot of intricate things you have to do.”

“God willing, I’ll be fighting for some big titles” 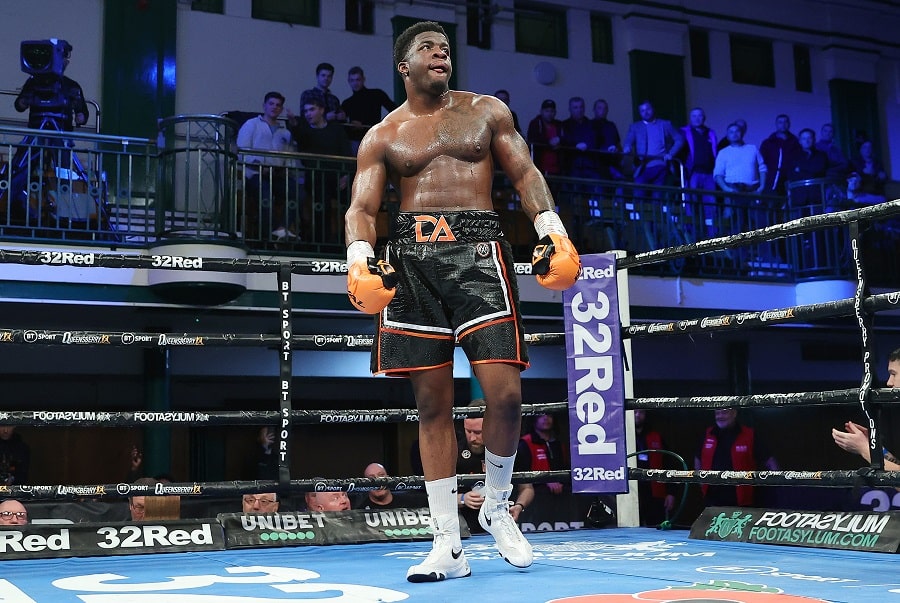 Whilst prospects in other weight classes will have their credentials held up to the fire in competitive Area and English title fights early in their career, unbeaten heavyweights are far too valuable to be pitched into 50:50 fights for minor belts. Their first test usually comes when the stakes are high. It means that for young fighters, conversations with people who have been there and done it are crucial in ensuring that the first sign of resistance doesn’t come as a shock.

“Boxing is one sport but the heavyweight division is a whole other sport. It’s totally different. We know what we signed up for. What you do in the dark will come to light.

“I’ve been studying the sport and the business of boxing since I turned pro. Thankfully I’ve got people around me like A.J and Tyson Fury who I can speak to and ask advice from because I’m close to both of them. Two very different ways of reaching the top. It just goes to show the ways you can and can’t go. Look at Fury, he didn’t start getting his big paydays until more or less the Wladimir Klitschko fight. Tyson had to work on it. [That Olympic gold medal] meant Joshua was getting good paydays from pretty much the start.”

Adeleye isn’t going to be walking a Joshua style red carpet to the top, he will carry on plugging away on undercards, building his armour and making sure he is ready for the inevitable tests to come. The first serious threat has appeared as a small blip on the edge of his radar. Fabio Wardley and Nathan Gorman will fight for the vacant British title at the end of November and Adeleye has his sights set on taking on the winner.

“I’ll be seeing those guys next year so they better be ready,” he said. “When I turned pro, I thought I’d be fighting for those kind of titles after about two years. That would have been last year. COVID hit and boxing doesn’t always go the way you want it to go. People pull out and there are injuries. In 2023 I’m definitely gonna be staying active and I’ll be fighting for some big titles God willing.”

Continue Reading
You may also like...
Related Topics:David Adeleye, featured

Zelfa Barrett exclusive: Rakhimov is a good fighter – but I’m coming to win
Nick Ball exclusive: in boxing, you do it 100% or don’t do it at all