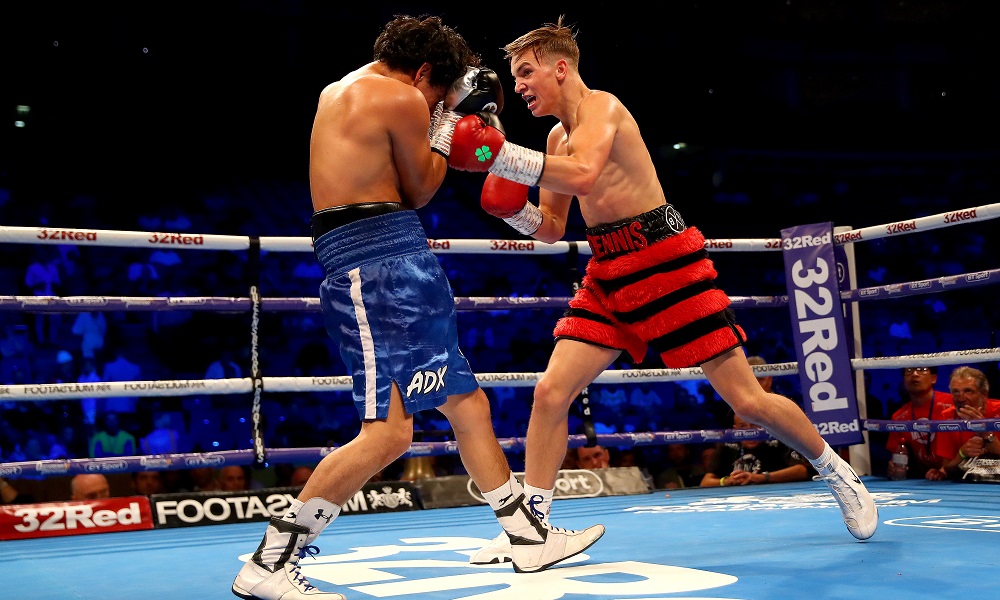 Dennis McCann exclusive: Elite fighters are born with it

Dennis ‘The Menace’ McCann might be nicknamed after a comic book character, but talk money and it’s no laugh.

Having left school aged ten, the traveller has been counting the pennies ever since and the teenager is hell bent on buying his first home before his 20th birthday next January. Since turning professional last year, bantamweight McCann (6-0, 4 KOs) is making his mark in the ring and one of Britain’s top prospects with less than ten fights under their belt.

‘Dennis The Menace’ might strut around press conferences and weigh-ins wearing the Beano cartoon character’s trademark red and blacked stripes with a permanent impish grin, but he’s under no illusions.

“I haven’t spent a penny of what I’ve earned as a boxer. You never know when your career is over,” explained McCann who spoke with 32Red while self-isolating at his family’s traveller site in Lenham, Kent.

Newly-wed McCann is only leaving the caravan he shares with his wife, Kathleen to train at the site gym that his Dad built. A traveller’s existence might be something few outside of that community can identify with, but it’s one that has taught McCann the value of life despite limited education at school.

He says: “We come out of school at 10 or 11 years of age and work. We must be five years ahead of non-travellers who remain at school for their education. “We save from leaving school. Hopefully this Coronavirus goes and at the end of this year I am going to buy a house and rent it out, then keep investing. I am 19 years old and look after myself.” 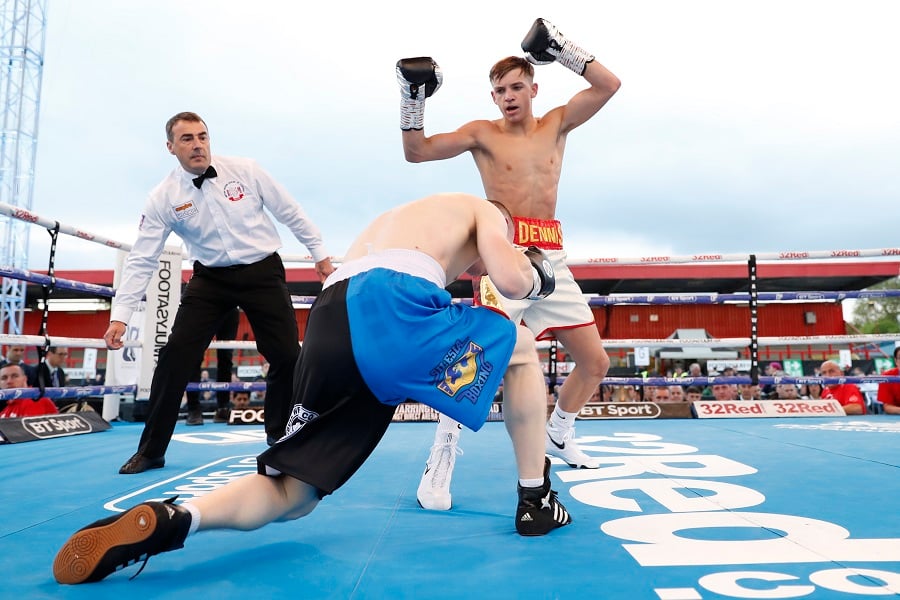 He despairs at other boxers who ignore his sound financial advice, adding: “I see some boxers who are on a grand a round. They got out the next day and spend £1600 on a t-shirt and a pair of jeans. “That isn’t very clever. I try to advise them, but they do not listen.

“I was roofing when I left school and doing all sorts. Dad had me shovelling all day. It’s hard graft. That is why I appreciate money like I do. I have been in the situation where I do not have a lot.”

McCann’s earning potential from boxing is massive and many have already mentioned him in the same breath as Naseem Hamed, who ironically also invested a chunk of his ring wages into property.

Promoter Frank Warren is sold on the youngster, trainer Alan Smith believes he is a superstar in the making and he is already perhaps Britain’s most watched boxer in 2020. Warren has brokered an arrangement where BT Sport and ITV will simultaneously broadcast some of his cards, giving his boxers’ unrivalled coverage in Britain thanks to the ground-breaking initiative.

McCann spearheaded the opening night when millions of viewers tuned into ITV1 to watch his York Hall points win against Pablo Narvaez in February. He entertained and of course commentator Alex Steedman couldn’t resist telling the masses about the same star appeal as featherweight great Naz.

“I am my own person, but the Naz comparisons have brought me good publicity. I am not being cocky because Naz is an all-time great, but I believe I am ten-times the fighter Naz was at 19 years of age,” said confident McCann who says his biggest opponent when not fighting are bags of wine gums.

“He is one of the greatest and I have got to prove I can be as good as he was throughout his career.

“I progress day in and day out. I am paying sparring partners all the time and absolutely demolishing them.

“Alan has to get big kids like Sam Noakes to spar with me to bring me on because it is no good bashing up sparring partners of my weight.

“You either have it or you don’t although you have to live the life and be dedicated. The best like Canelo Alvarez, Terence Crawford and Vasyl Lomachenko were born with that talent.

“The elite fighters are born with it and I was also, 100 per-cent, for sure.”

Jack Catterall – Fights to Watch
Anthony Cacace exclusive: I have always been under the radar