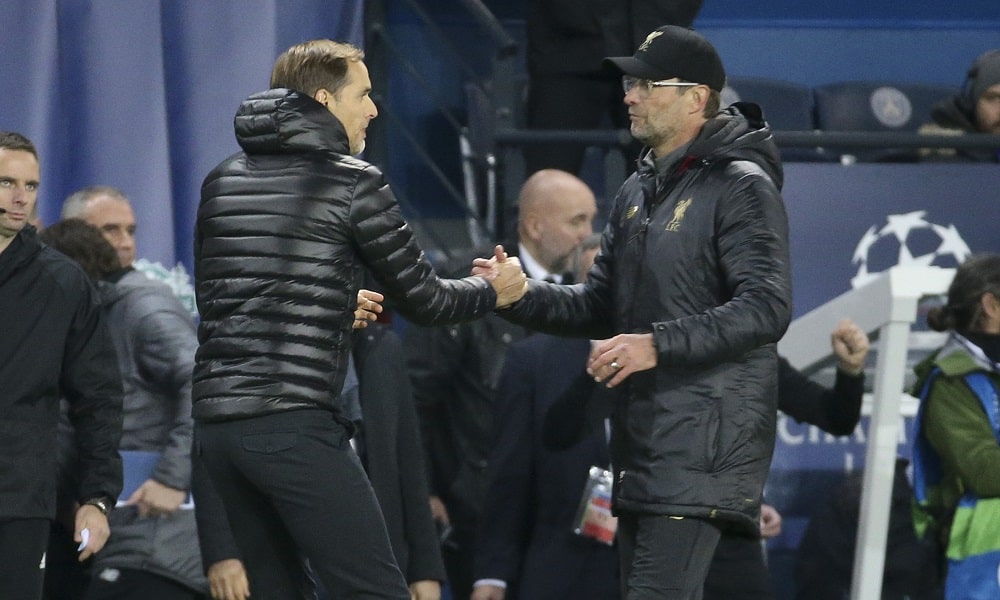 Can Liverpool win their first FA Cup in more than a decade on Saturday? Or will Chelsea avenge their own recent Wembley disappointments?

Jurgen Klopp and Thomas Tuchel have already enjoyed one Cup final face-off already this season, Liverpool and Chelsea meeting in the League Cup final back in February.

It’s the FA Cup final – but how will this one finish?

Will that match offer a clue as to how this one’s going to play out? Goals were in short supply on that occasion – while reap-what-you-sow style drama was not.

Liverpool eventually won 11-10 on penalties. And if you’ve forgotten, it was Kepa Arrizabalaga – yep, that bloke who refused to be substituted during the 2019 Carabao Cup final – who missed the fateful pen for Chelsea.

On this occasion, Kepa was subbed on shortly before the end of extra time – only to blast his penalty attempt way over the bar, having failed to make any saves. Oh the humanity.

Presumably if this week’s final looks like it’s going to spot kicks, the Spaniard will remain on the bench. But what else can we expect as Chelsea attempt to salvage something from a difficult season – and Liverpool strive to avoid the dreaded “they only ended up winning the League Cup” bants.

Chelsea have lost each of the last two FA Cup finals

All three previous meetings this season have ended in draws (after 90 minutes). Chelsea’s form has wobbled a little in recent weeks, but the side will surely be fully focused for this game.

Following previous results, it’s obviously difficult to separate the two sides – so backing the draw at 12/5 might be the smart play. Another approach worth considering is backing the unders. You can get 23/25 on under 2.5 goals.

If you’re after the actual winners, though? Well, Chelsea have lost the last two FA Cup finals, to Leicester last season and Arsenal the year before that. Liverpool might be about to make it third time unlucky for the Blues.

Klopp’s team are 10/1 to win in extra time, and 11/1 to win on penalties. It could be worth taking a crack at either of those outcomes. A Liverpool win is overdue, given the Reds have not lifted this trophy since the famed “Gerrard final” in 2006, when Liverpool beat West Ham on penalties. Even if the Premier League looks out of reach, if the merseyside team can attain victory here then a pretty spectacular treble could still be on the cards…