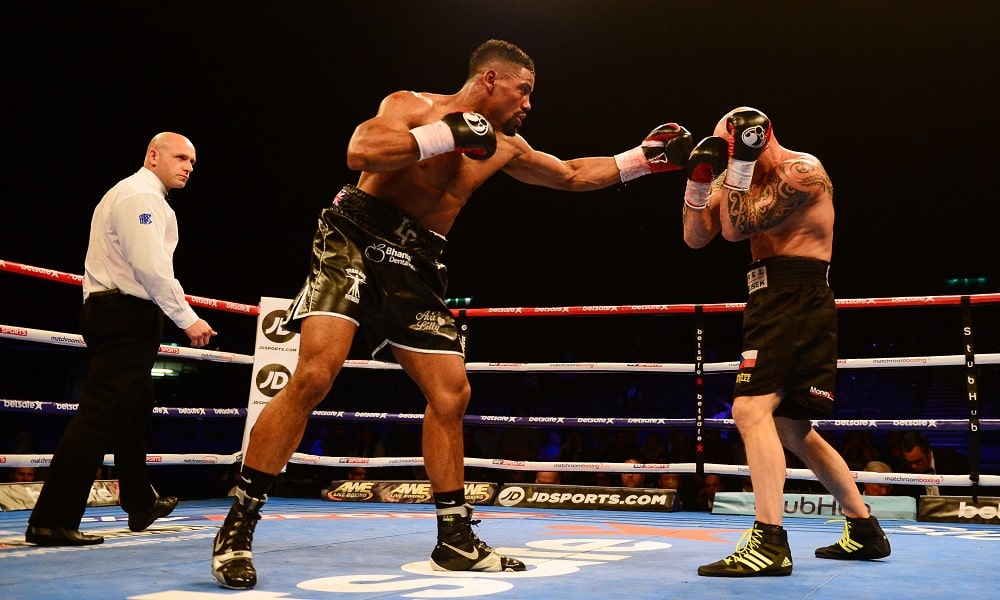 Last March, Lennox Clarke entered the ring as a sizeable underdog for his British and Commonwealth super middleweight title fight with Willie Hutchinson.

Five rounds later he left it as a champion.

Exciting, aggressive and heavy handed, it was a star making performance from Clarke who looked set for some big nights on BT Sport.

It wasn’t to be. Bad luck has left him unable to capitalise on his success. On Saturday night – almost 16 months after winning the titles – Clarke finally gets to defend them. He fights Mark Heffron at the Copperbox Arena and he can’t wait to remind people what they have been missing. For all the latest fight odds, visit our sportsbook.

“It’s my time again. It’s time to relaunch myself,” Clarke told 32Red. “I’m gonna deal with this one and then carry on where my career should have been going.

I’ll be coming in fit

“I was due to box last August 16th and defend the belts against Zak Chelli but I broke my ribs. Then I was getting ready for the 6th November in a comeback fight just to get back in the groove and I was walking my dog over the hills and snapped my ankle. That was just a nightmare. 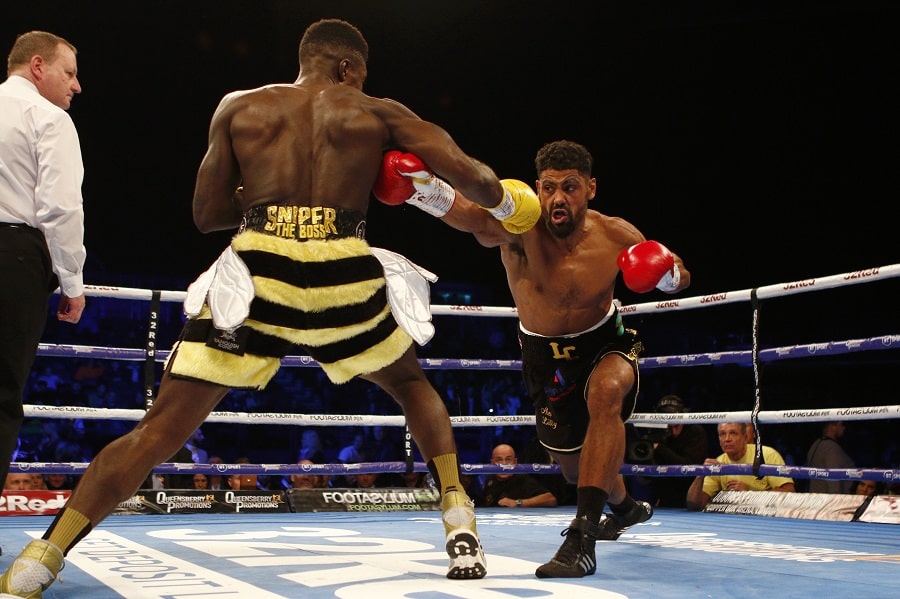 In the time Clarke was recovering from his various setbacks, Heffron had his own rebuilding job to do, After his short, sharp lockdown rivalry with Denzel Bentley ended after a draw and a TKO defeat, Heffron retreated back to Oldham to get a couple of invaluable wins under his belt and reconnect with his old trainer, Joe Gallagher. Clarke isn’t concerned about his own lack of action however. He is extremely confident that when the first bell rings, his muscle memory will kick in.

“Don’t forget I’m a fighter,” Clarke said. “A fight’s a fight at the end of the day. It’s not gonna be a boxing match between me and Mark. It’s gonna be a fight. People talk about timing but I don’t need timing for a fight. I’ll be coming in fit as I always do and I’ll be coming for it.

“You can never guarantee an outcome but believe me, I’ll always win the war so I’ll always keep coming. I’m looking to do a job on Mark Heffron.

My coaches said I could smash Lerrone Richards with one arm

“Mark can box and I can box but believe me, I haven’t really shown it. If Mark wants to fight me… Look, either way, I am confident in this fight. I’m confident in all my fights because I’m a fighter. When I get in that ring, I’m ready. If Mark’s got issues in his head, it’s not the night to have issues when you’re in against me.”

If Heffron still has to show that he has what it takes to win at domestic title level, Clarke rebounded and improved from his only setback. These days, Lerrone Richards is well positioned in the world rankings but a couple of years ago Clarke pushed him to a split decision.

Lots of fighters say they learn so much from their first defeat that it can actually become a blessing in disguise. Clarke found out that when things get tough, he is never going to be found wanting. He also learned that he never again wants to leave his future in the hands of the judges. 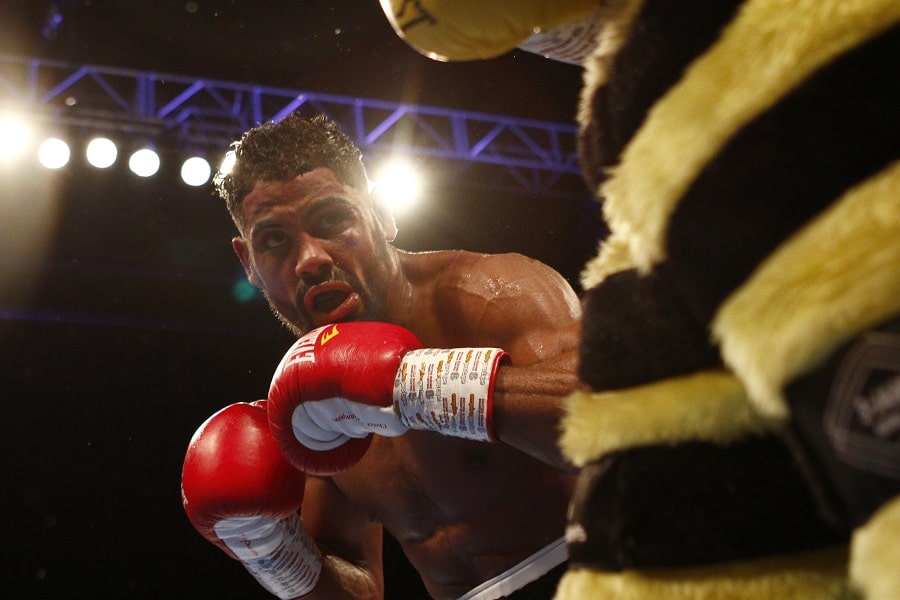 “I lost to Lerrone Richards and had one arm. I did 12 weeks of sparring with one arm. My coaches told me I could smash this guy with one arm. I had some injections in my shoulder to help with the pain and when I was throwing it it wasn’t really hurting me,” Clarke said.

“Something I learned, for me to lose you’re gonna have to knock me the f**k out. That’s just who I am. I’m not going into this fight and losing on points. I’m either beating him on points or I’m knocking him out.

He’s fit and game and he can bang a bit

“I’m not overlooking Mark Heffron. He’s popped up a few times. After the loss to Richards he popped up. It never happened – there’s been a few times it hasn’t happened – but our names have been bandied about a few times. It’s here now and Mark’s the man in front of me and I’m looking to take him out.

“From what I’ve seen of him, he’s fit and game and he can bang a bit. He likes to impose himself but so do I. This is gonna be a hell of a fight. There’s no doubt about that.”

Clarke couldn’t be coming back at a better time. The super middleweight division is in a very healthy state at the moment. Zach Parker, John Ryder and lead the way on the world scene but fighters like Heffron, Chelli and Jack Cullen are part of a thriving British scene. Clarke has had to sit on the sidelines and watch his rivals for too long. It is time to show people that he is the top dog.

“To be fair, I believe Mark beats Cullen and Mark beats Chelli. I think me and Mark are the best. He’s got my full respect but I believe as a fighter I’m better. As I said, I’m not looking to get beat. He’s gonna have to stop me, that’s what you’ve gotta remember. It’s gonna be a hell of a fight. While it lasts.”

Continue Reading
You may also like...
Related Topics:featured, Lennox Clarke

Joe Joyce & Jason Cunningham preview: all the best quotes, plus our verdict
Hamzah Sheeraz exclusive: I’m gonna get in there and do my thing