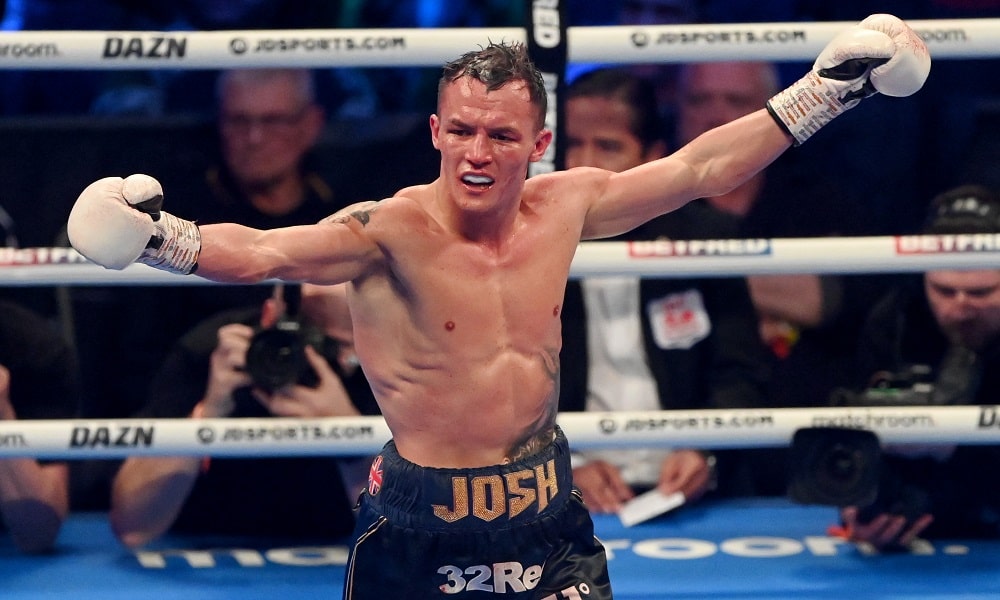 In an ideal world, Josh Warrington would have spent the last few weeks putting the final touches to preparations for a late summer featherweight unification clash.

It wasn’t to be. In March, the 32Red ambassador stopped Kiko Martinez in thrilling fashion to regain his beloved IBF featherweight world title in March but the broken jaw he suffered in the process prevented him from capitalising on the victory as quickly as he would have liked. Recovery is going well and – if things go to plan – he will make a defence of his belt before Christmas.

Whilst he is slowly cranking up the intensity in the gym , Warrington is enjoying doing some of the normal day-to-day things that sometimes pass him by when he is in the eye of the storm of a world title training camp.

“I was in the gym the other day and watching the lads spar. There were some big bombs going in and I was thinking about it being my turn to get back in there soon.

“It’s only the last five or six weeks I’ve started my strength and conditioning work again. I can see why they stop you doing it while you’re recovering. When you’re lifting the heavy, heavy weights you realise that you’ve been clenching your jaw really really tight.

I haven’t been able to punch

“If anything, what’s caused the delay is my hand. I haven’t been able to punch. I damaged my left hand and I thought it would have been okay by now but it’s still been giving me a bit of feedback and it hasn’t been fantastic so that’s the thing that’s really delayed me. 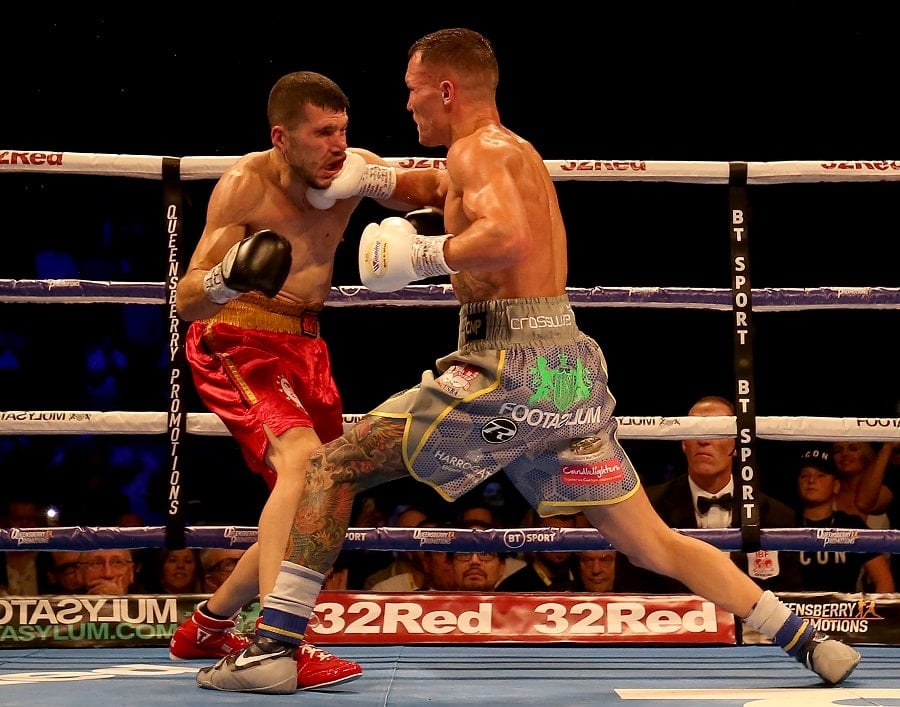 “It’s mental when you sit back and think what we do for a living. Everyone’s got brutal bones in their body. People buzz off it. They love watching two lads knocking f**k out of each other. I understand it’s part of the game but I seem to be picking up these injuries at the back end of my career.

“After the first fight with Mauricio Lara I found myself in hospital and I was in there again after this last one with Kiko Martinez. I don’t wanna make a common thing of it but it seems to be happening quite often! If I keep those hands a little bit tighter I’ll be fine.

“I was thinking what could have happened if my jaw hadn’t been broken and I like to think that Eddie might have really pushed for unification fight between me and Leigh Wood in Nottingham. Obviously that can’t happen now because there’s only that little window when you can fight outside. I’m a bit disappointed that things haven’t moved on but at the same time I haven’t really missed out on anything.

“You obviously had the Mark Magsayo and Rey Vargas WBC title fight [that Vargas won]. WBO champion Emanuel Navarette has been a bit quiet and then you’ve got the Leo Santa Cruz and Leigh Wood WBA situation. They threatened to go to purse bids, then there was the 75-25 split which Wood wasn’t happy with. I think myself I’d probably push to taking that but the fight’s been made now. Lara and Wood got mentioned at one point which I’d have been a bit gutted about because I think Wood beats him quite comfortably and Lara gets exposed.

“It’s true that Mick Conlan was hurting Wood. Can Lara hit him though? I think Lara hits ten times harder than Conlan does but Conlan was able to pull those punches off a lot slicker than Lara can. You can see them coming whereas the way Conlan moves, he sets them up. 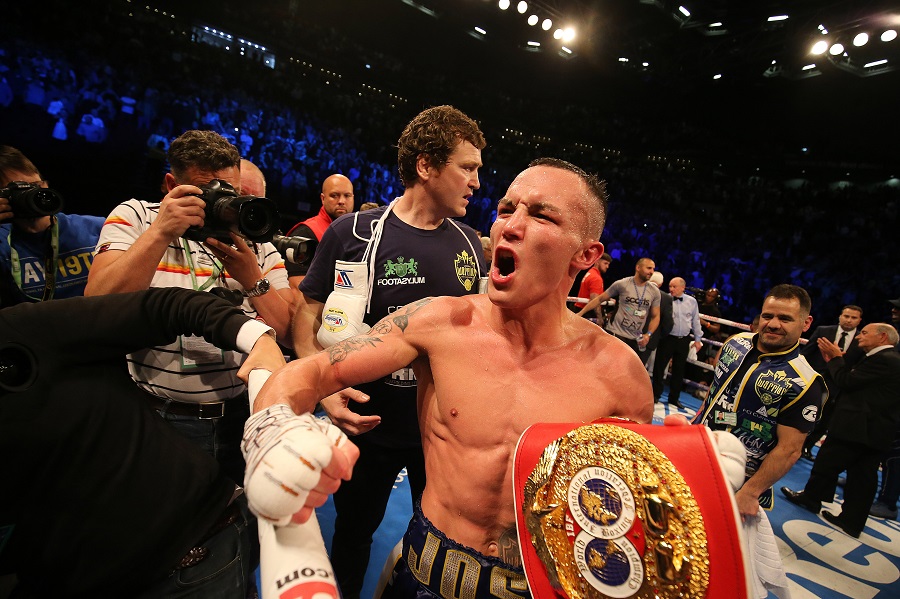 “My next fight has to be against Luis Alberto Lopez because he’s my mandatory. Where are Santa Cruz’s mandatories? Why hasn’t he had to defend the belt for so long? It’s ridiculous. Even though we love the sport to pieces it can be a dirty game.

“I’ve basically been making the most of the opportunities you don’t get when you’re in training or in camp. We’ve been doing the house up. Getting a new kitchen can be quite stressful and time consuming and you miss things you take for granted. When you haven’t got enough sinks and you’re washing plates in the bathroom it all gets a bit messy. You don’t wanna be doing stuff like that when you’re getting ready for a fight.

I was proper pumped when I came off stage

“Apart from that I’ve been spending as much time as I can with the family. The girls start school in September. It’s only a couple of weeks ago they were trying on their uniforms. My little babies have become proper little girls. I can’t believe how fast time has gone.

“I also had a little attempt at being a musician. A couple of days after the fight with Martinez I got asked by Turnbull from a Leeds band called Skylights if I’d go on stage and play guitar with them at a show. He said it’d be an honour to have a two time world champion up on stage and all that. “It’s the biggest gig of our career, 2000 people at the Leeds O2 and you should join us on stage for Enemies.” Yeah, yeah no worries. Before I knew it, it was the week of the show and it was happening.

“I’d been practicing but I’d not even played with a mate with a guitar, let alone a band before. I’ll be honest, before I went on stage I was pumped like I was ready to go to the ring. The rush was the same. I didn’t have the thoughts of being hurt or losing but it’s that fear of embarrassment, I didn’t wanna f**k up. Twice I did, but Turnbull’s amps were a bit louder than mine so he could cover it up a bit. I tell you what, I was proper pumped when I came off stage. It were brilliant. I can see why musicians do it.”