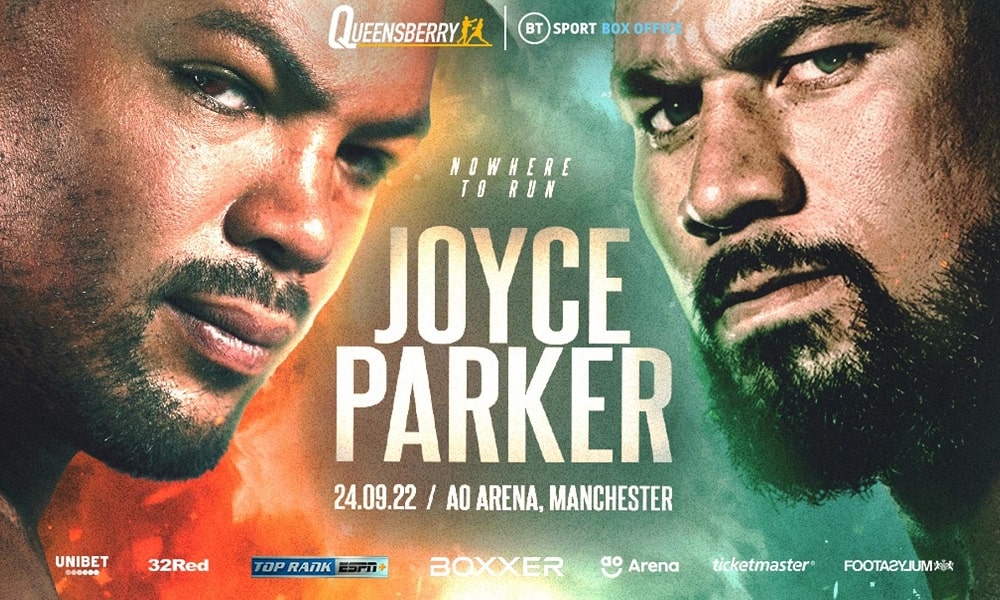 Joyce vs Parker – The Breakdown

On Saturday night, Joe Joyce and Joseph Parker meet in Manchester for one of the most important and intriguing heavyweight fights of the year. For all the latest fight odds, visit our sportsbook.

The interim version of the WBO heavyweight title will be on the line. The winner will be mandatory challenger for the full title, currently held by the brilliant Oleksandr Usyk.

Joyce poses a formidable challenge for any heavyweight. He has an iron chin and a seemingly unbreakable will. His thudding power and relentless pace are a tough combination to master. Parker has been a fixture in the heavyweight rankings for years. He has skills and fast hands and seems to be a fighter reborn since leaving New Zealand and relocating to England to link up with Tyson Fury’s team.

32Red broke down both fighters and attempted to figure out what will happen in one of the most unpredictable heavyweight fights of the year.

Joyce’s pedigree is unquestioned. He is a decorated amateur and his unpaid career culminated in a silver medal at the 2016 Olympic Games. He turned professional back in 2017 and his progress was exemplary. As happens in boxing, Joyce has found it difficult to tempt the top names into the ring. But he has dealt with everybody put in front of him in the same brutal manner. He has earned his place in the higher reaches of the heavyweight division.

Parker started at the bottom. He has been a professional for ten years and learned his trade against unknown fighters on the small hall scene in New Zealand before graduating to the type of journeymen and former champions found on every prospect’s early record. Since beating Andy Ruiz to win the WBO heavyweight title in 2016 he has operated at a high level and proven himself a championship level fighter. Anthony Joshua and Dillian Whyte may have beaten him but neither were able to finish him. Whyte in particular had to endure some torrid moments. 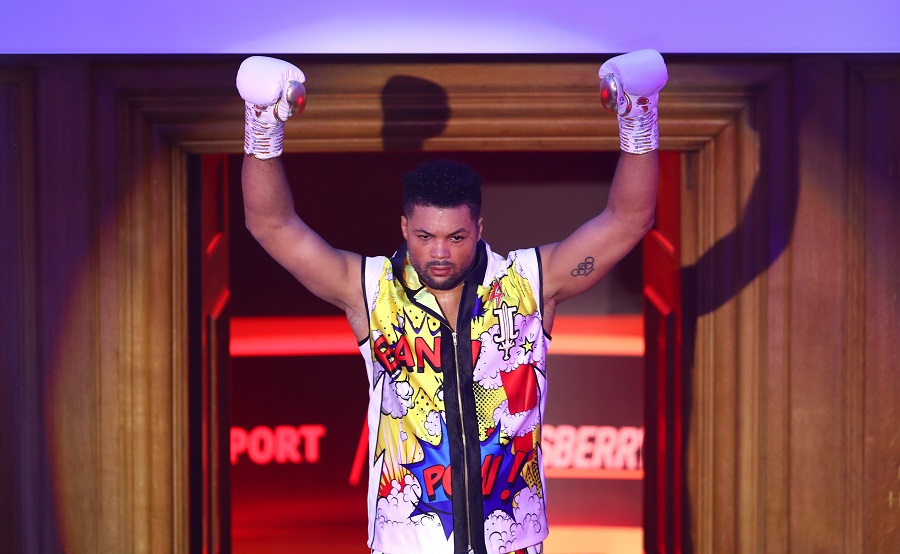 Joyce has stopped thirteen of his fourteen opponents and carries thudding, bone bruising power. He may not have snapping, one shot knockout ability but a night with Joyce is a tiring, draining, painful experience. He sets a relentless pace and punches arrive from unusual angles and at an unusual rhythm. Joyce is known as a workhorse but his most underrated weapon might just be his clever use of the telegraph-like pole of a jab which caused Dubois so much trouble.

MOST EYE CATCHING STOPPAGE – Joyce’s thudding power took its toll on Dubois, badly damaging his eye and forcing a stoppage.

If the opponent is there to be hit, Parker can hurt them. Parker’s secret weapon might just be the presence of Andy Lee in his corner. Lee was a devastating puncher and learned at the hand of Emmanuel Steward at the Kronk gym in Detroit. The changes to Parker’s style were evident of his dismantling of Derek Chisora last December. Parker took more risks and really committed to his power shots. Neither fighter is a true lights out knockout artist. But Parker may be the fighter with more traditional one shot power.

MOST EYE CATCHING STOPPAGE – Parker was fast, accurate and effective to the head and body against the giant Alexander Dimitrenko.

Joyce recently revealed that a study showed his bone density is up to five times that of a regular person and his chin is becoming the stuff of legend. He seems to be able to walk through the type of clean right hands which put other heavyweights to sleep. Parker is talented enough to land regular power punches and Joyce will need to show his usual resilience to survive intact. Parker may be tempted to concentrate on Joyce’s body, both to search for a weakness and save his hands.

Parker has been dropped by Derek Chisora and Dillian Whyte but rebounded well both times. He is a resilient, robust fighter and anyone who has inhabited the higher reaches of the heavyweight division for as long as Parker has to be solid. The fact that he seems intent on becoming more of a puncher means that he will be holding his feet in position for a split second longer and his chin will be tested if Joyce can find his timing and range. Given Joyce’s chin, Parker may decide to employ hit and move tactics. 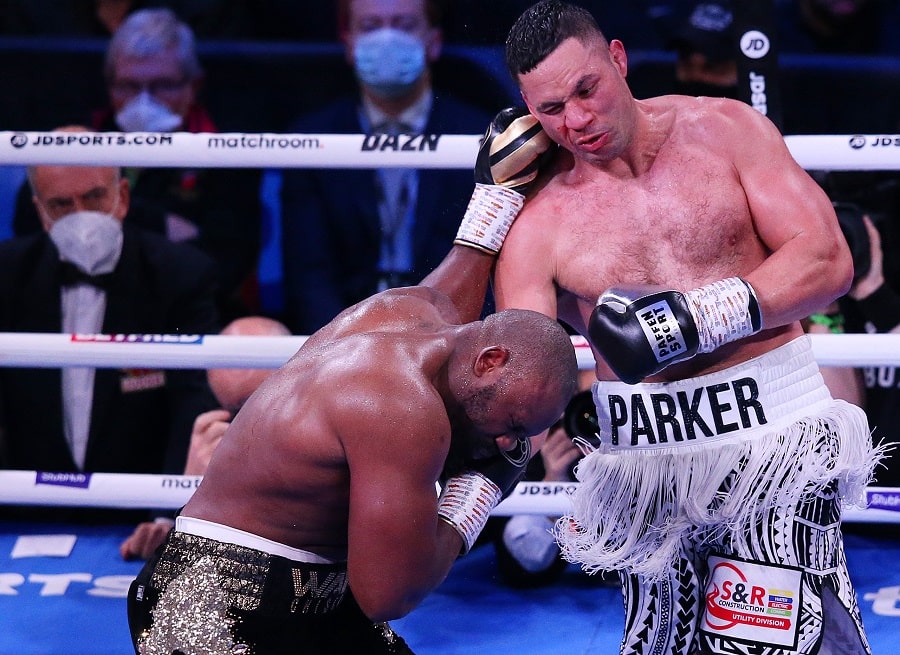 Joyce has had only 14 professional fights but is 37 years old and although he cuts a calm, unassuming character he will be frustrated by his rivals’ reluctance to take him on. He truly wants to test himself at the highest level. Parker is the last obstacle separating him from that long awaited title shot. If it is possible, Joyce will be more determined and relentless than ever before.

Parker seems to have found a new lease of life since relocating to Morecambe and training alongside WBC heavyweight champion, Tyson Fury. He seems to have had his love of the sport reignited and is enjoying learning how to be a more aggressive fighter. A victory will earn Parker the interim version of his old WBO title and put him inline for more big nights and big paydays.

Anything could happen. Joyce may be too strong and heavy handed for Parker. His thudding, relentless power may well take its toll on a man who has shown he can be hit in the past. On the other hand, Joyce has never fought anybody with Parker’s mixture of experience, movement and power. The former champion might just be able to land regularly and move enough to navigate his way to a decision victory.

Either outcome is entirely possible. The only thing that seems certain is that the fight will become a long, give-and-take war at some point.

Continue Reading
You may also like...
Related Topics:featured, Joyce vs Parker