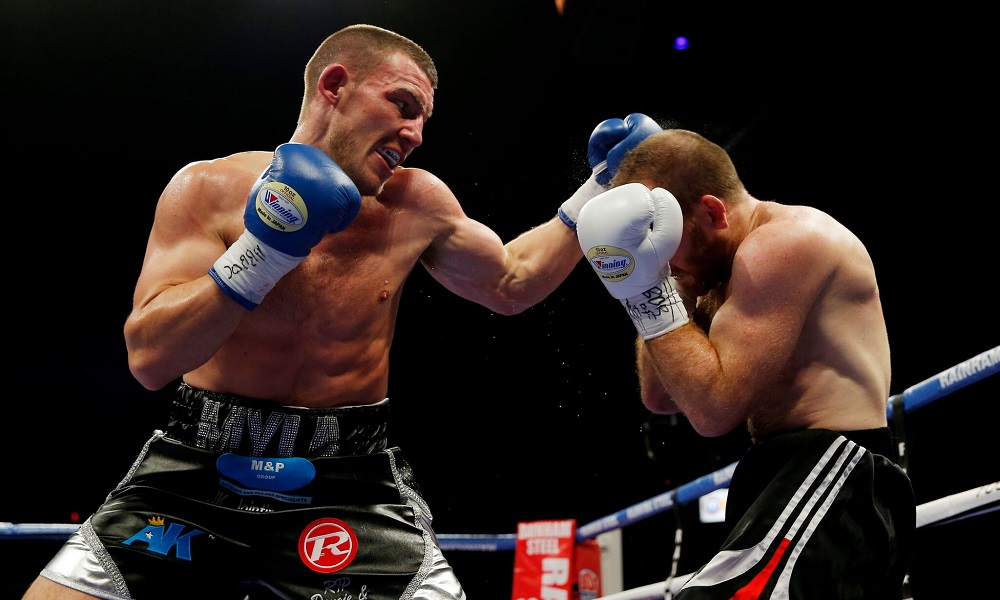 Liam Williams: Smith is definitely underestimating me and what I can do

We’ve all been there. Exam day draws near and the fear begins to build that, despite years of study and practice, we might not be prepared for that final test. It’s perfectly natural but that doesn’t make it any less unsettling.

Boxing is a unique business, however. A boxer needs to complete all the relevant research and revision to prepare for the task they face but, on the day of their big test, they also get to pose some problems of their own. It takes a supreme confidence to worry more about the questions they will be asking than the answers they will have to provide.

Ahead of this weekend’s eagerly awaited fight for the interim WBO super welterweight title (for the latest odds, see here) , Liam Smith (24-1-1, 13 KO’s) has accused Liam Williams (16-0-1, 11 KO’s) of cramming. Former WBO champion Smith – who performed on the sport’s biggest stage when he took on fearsome Mexican Saul ‘Canelo’ Alvarez just six months ago – feels that the Welshman’s opportunity has come too soon and that he and coach Gary Lockett have panicked and spread themselves too thinly in an attempt to cover every conceivable outcome.

“Nah,” Williams, 24, sighed when he spoke to 32Red. “Apart from going away [to Las Vegas] for a little while, I’ve done everything exactly the same. I’ve done all the same training, I’ve trained in the same places and I’ve trained at the same times. From that point of view, nothing has changed. It’s just that I’ve got slightly more drive to train that little bit harder. To be honest with you, I’m just getting a little bit fed up of his s**t now. He’s talking absolute crap.”

From the outside, Williams’ revision seems to have been on point. Methods of breaking through Smith’s watertight defence have been tested out during sparring sessions with the world class Martin Murray and Williams will have undergone a thorough investigation of his fighting heart and infighting abilities in the gyms of Las Vegas. Lockett isn’t the type of trainer to be forced into taking on an assignment he thought was beyond one of his fighters and so Williams can be certain that he isn’t being filled with false confidence.

“He [Smith] is definitely underestimating me and what I can do. He thinks I’ve only got one style in the locker. That’s all he’s seen to be honest so you can’t really blame him for thinking that. If he wants to fight, he can have a fight and we’ll see who comes out on top.

“We’ve covered all bases and we’ve even had some sparring partners come in and just box but the work’s done now. We can’t change anything. I’m pretty sure that we’ve done everything correctly and we’re going to come out victorious.”

Williams has always been seen as a fighter with top level potential but his rise to prominence coincided with Smith’s reign as WBO champion. Whilst Smith defended his title, Williams managed to prevent himself from being overshadowed by the Liverpudlian with some exciting performances. Now their paths have converged with Williams full of self belief and Smith maybe searching for some, following that ninth round stoppage loss to ‘Canelo’ last September.

“I think he’s been eyeing me for about two years now. Every time somebody mentions my name to him he goes into a stupid little childish mood and starts biting at people,” Williams said. “I don’t know what to make of him really. We’re in the same weight division and we have the same goals so there’s always going to be that little bit of tension but I don’t suppose any of that matters now. Everything else is out of my mind and all I’m concentrating on is the fight on Saturday night.

“We don’t know [how he’s going to react to the ‘Canelo’ defeat]. Only time will tell and we’ll find out on Saturday night. I believe that from what I can see, he’s a strong minded person. I’m not taking anything away from that. In fact, I think it’s probably motivated him even more to not want to taste that kind of defeat again. I’m just going to get on with doing what I do.”

Williams approaches boxing in a very matter-of-fact way. There have been no bold statements or declarations as he has steadily worked his way up the rankings, collecting British and Commonwealth titles along the way. You would imagine the incentive of a world title might increase his intensity but as the biggest night of his career approaches, nothing has changed. It is business as usual.

“In all honesty, it doesn’t feel any different. Because the interim title was a last minute change, I’ve prepared all the way through for Liam Smith. It’s just me and him. The fight everybody has been waiting for. I’ve just been concentrating on that making making sure that I give myself the best opportunity to win.”

Liam Smith exclusive: The walls will come in on him
Terry Flanagan: “I’ve gotta be on it from the start.”